On Threads, Sheryl Crow demonstrates that in song, friendship, and faith, we are always better together.

As a kid, I used to pick at the denim in my jeans, making the holes bigger all the time. I remember playing with the frail cotton threads, marveling that these soft little strings became so strong when woven together with a bunch of their friends. I was usually listening to records as I stared at the holes in my jeans. Or maybe I was in biology class. Usually songs were running through my head one way or another.

Sheryl Crow says that her latest album—the aptly titled, sprawling, 17-track Threads—is her final full-length release. On it she reinforces various interpretations of the title, both in the themes of the songs and in the way they are presented. Threads is a tapestry: of relationships, sounds, and ideas, all of which reflect back on a vibrant quarter-century of hit-making. The album also looks forward to our ongoing need for music to bind us in an era so replete with forces attempting to pull us apart. Echoing the wisdom of Ecclesiastes—which observes that a cord of three strands is not quickly broken—Threads demonstrates that we are better together.

In an era of singles, EPs, and streaming, a 17-song album is, in itself, some kind of statement. Add in a guest list that includes at least 27 celebrity collaborators—from fresh-faced hipsters like Maren Morris and Lucius to whatever the opposite of “fresh-faced” is (Willie Nelson, Keith Richards, Neil Young, Kris Kristofferson)—and it becomes clear that Crow has more than a mere statement in mind. This is a mic drop of epic proportions. It shouldn’t work; it certainly seems to be bloated and self-serving. But somehow it not only holds together, it soars.

The track list is comprised of well-chosen covers, some fresh interpretations of previously released Crow compositions, and new original songs. It ranges, stylistically, from the kind of feel-good pop that first earned her a spot on the Top 40 charts in 1993 with “All I Wanna Do” to sweeping, orchestral balladry, roots rock, Americana, modern alternative pop, blues-rock, apocalyptic country, and even urban pop—all artfully tracing the thread that connects American popular music together. Her unflappable, sunny-even-when-it’s-raining voice provides most of the continuity, but not all of it.

Public Enemy’s Chuck D riffing and rapping on “Story Of Everything”—alongside retro soul singer Andra Day and blues guitarist Gary Clark Jr.—gives that track a modern Motown vibe while prophetically drawing attention to many of the ways this world is not as it should be. While many artists would have used Chris Stapleton to add grit and twang to a country song, Crow leans on him to add soul to “Tell Me When It’s Over,” a funky, disco-era R&B track. St. Vincent helps “Wouldn’t Want To Be Like You” sound both hip (a la Broken Bells or Local Natives) and classic, as Crow pop-raps about the way money and corruption have shredded the last bits of trust and admiration the public may have had for our civic leaders. These are ripped threads that threaten the fabric of society.

The eschatological soul of the record sits solidly in the stunning posthumous duet Crow performs with Johnny Cash on “Redemption Day,” a song she wrote and originally released on her self-titled 1996 album and he covered on his American VI: Ain’t No Grave collection. Threads indeed. The song, and performance, drops a plumb line, another kind of thread, indicating that there is a divine standard for love and justice, and that some day there will be a reckoning and a restoration.

Threads is a tapestry: of relationships, sounds, and ideas.

Crow is well aware that it is the interconnectedness of American popular music that has made it so powerful. Rock, soul, gospel, blues, country, and pop are all spun from related materials, and she knows them well. Leaning on her gilded Rolodex, in this case, is not about burnishing her legacy—though it certainly does that. It is about connecting critical dots between different genres, personalities, and generations.

When she romps through Bob Dylan’s “Everything Is Broken” with Jason Isbell, for instance, she connects one of the most exciting young artists working today with one of the most important voices in the history of American music (and uses another perfect song about fractured community to do it). When she duets on “Nobody’s Perfect” with Emmylou Harris, we are treated to yet another flawless, haunting, ethereal performance. The guest vocal adds resonance to not only the sound, but the subject of the song: confession. And when she tackles George Harrison’s pastoral, minor-key “Beware Of Darkness” with Eric Clapton on guitar and Sting and Brandi Carlisle on vocals, it’s as if she is pulling the next generation up onto her lap for some very important advice. The VIP list here acts like a “cloud of witnesses” encouraging us to lay aside the things that entangle us so we can run the good race.

When Sheryl Crow first came on the scene saying that all she wanted to do was have some fun, I had a feeling she had more on her mind than that. If this is truly to be her farewell album, she has certainly gone out on a high note. Threads represents all of the styles and sounds for which she has become so well-known, while also taking all of the songwriting brilliance to another level. It may be her best album yet. I certainly hope it’s not her last. 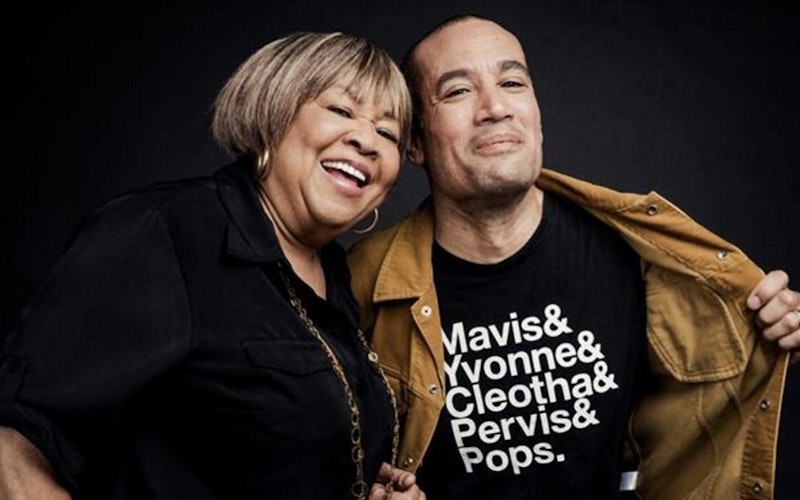 Mavis Staples Gets By with Help from Her Friends 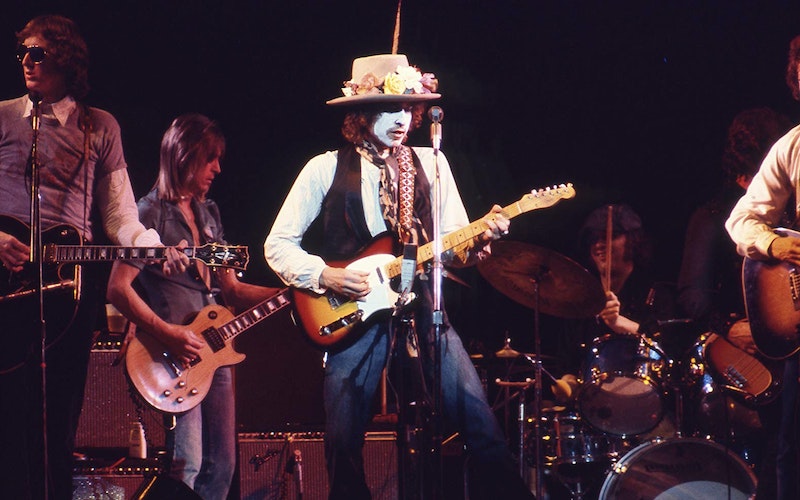 When Bob Dylan Lost Himself