Walking humbly isn’t easy, whether you’re a blog boy or an NBA superstar.

Kevin Durant, star forward for the Golden State Warriors, recently appeared on The Bill Simmons Podcast with his business partner, where they sat around a table, sipping nice wine, having an open and honest conversation about anything and everything Kevin Durant.

Early in the conversation, Durant expressed his disapproval of the “blog boys” of the Internet who critique NBA players and comment on basketball as a whole. He went on to attack “blog boys” throughout the four-hour, two-part podcast, speaking with pride in his voice and contempt for these writers and their work, as if they had no place offering their thoughts on a player as accomplished as he was.

But then Durant took a strange turn after Simmons asked what it was like to win his first NBA championship last year. He responded:

“After we won the championship, I had Taco Bell and it ran through me just like it would a normal person. ...I thought I had a golden stomach. I thought I was immune to everything, but no. You thought, like, Michael Jordan never went to the bathroom. ...That's the perception of it all: we're just immortal. ...But at the end of the day, we go to sleep just like everybody else. We really put on our pants just like everybody else. ...So it made me realize that I am not king anything because we won a championship. I just achieved what I want in my profession.”

Durant has had a conflicted relationship with humility throughout his career, especially as of late. Some days, it seems that he is far removed from the humble superstar of the Seattle Supersonics and Oklahoma City Thunder. As a speculating blog boy, I sometimes wonder if the man who cried while accepting his Most Valuable Player trophy and said that his mom was “the real MVP” is gone. Durant led the NBA in ejections this past season. He was also caught (allegedly) fighting a Twitter user with a burner account.

But then Durant reveals himself to be a Taco Bell-eating everyman who realizes that being one of the top five in his craft doesn’t mean he’s no longer human. Just as a top-five accountant, plumber, CEO, or firefighter is human at the end of the day too.

Durant has had a conflicted relationship with humility throughout his career.

We can sympathize with Durant’s struggle because this tension between pride and humility is one of the most defining characteristics of human life. Pride is a seed that grows like a weed and no matter how much cultivating is done, it always seems to reemerge in our lives. Pride ruins marriages, makes friendships fall apart, and leads to the loss of jobs. But there is a counter.

The antithesis of pride is humility. In Luke, Jesus tells us, “For all those who exalt themselves will be humbled, and those who humble themselves will be exalted.” No matter what God has gifted one with—whether it is the talent to be one of the five best basketball players in the world or the ability to write eloquently about the game of basketball—we are to cherish our talents and be humbled by them. Humility helps us remember that our talents are gifts, gifts that are to be cherished, so we can cherish the gifts of others as well.

A fruitful life comes with the awareness that who we are and all we will be is nothing of our doing. Talent will fade, but a humble spirit will always persist. The battle of pride and humility can feel like two prize fighters sparring in our consciousness. However, clinging to our heavenly father and choosing to walk with him daily helps us to defeat pride.

The challenge of Micah 6:8 is this: “He has shown you, O mortal, what is good. And what does the Lord require of you? To act justly and to love mercy and to walk humbly with your God.” Whether we are eating Taco Bell, playing in the NBA playoffs, or cranking out a blog post, we are called to do it all with humility, grateful for the gifts God has given us. 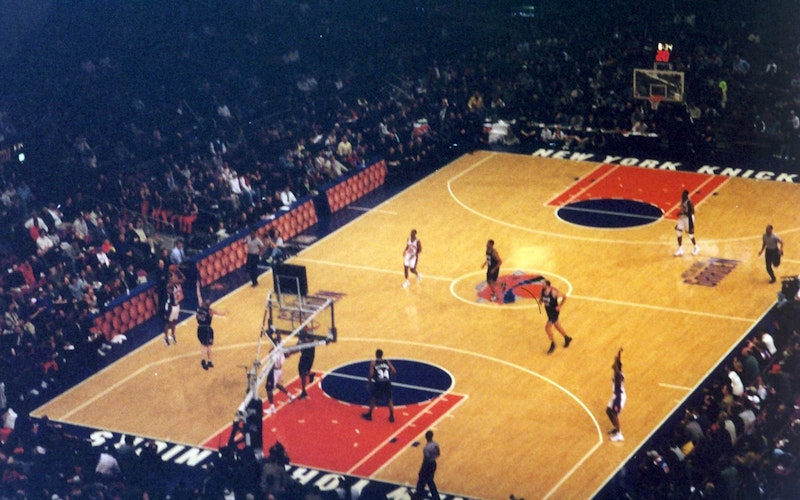