In its second season, BoJack Horseman began to explore the only real way to move forward in life: with forgiveness and relationship.

Luke T. Harrington explored those themes over at Christ & Pop Culture, finding answers about goodness from the Bible that differed from those the show offered (if it offered any at all). I was excited to catch season two, which became available on July 17, because I was intrigued by the way the show mixes extreme silliness with real questions and character-driven drama. To my surprise, I’ve found more resonance in this second season with a Christian vision of happiness and goodness. (Fair warning: this post contains spoilers.)

BoJack Horseman isn’t for everyone and it’s definitely not for kids. Even though it is a comedy, its themes and events would fit in well with some of the more gritty prestige dramas I tend to avoid. Yet the deviance, selfishness and sinfulness in the show also allow for a Christian theme to develop about the only real way to move forward in life: with forgiveness and relationship.

The best example of this through-line is not BoJack himself - although he does plenty that requires forgiveness and is indeed forgiven at one point by his friend/rival, a similarly anthropomorphic dog named Mr. Peanutbutter.

The deviance, selfishness and sinfulness in the show also allows for a Christian theme to develop.

The best story of forgiveness, for my money anyway, is the story of Mr. Peanutbutter and his wife Diane, BoJack’s biographer. After the success of Diane’s book, she becomes bored and frustrated with her life working on a Secretariat movie and living with Mr. Peanutbutter. So she decides to take a job following billionaire philanthropist Sebastian St. Clair as he travels to the poorest, most war-torn places in the world. Diane is ultimately disillusioned by St. Clair’s self-centeredness and returns to the United States. She is afraid to tell her husband that she isn’t out making a difference, so she lies to him and hides out at BoJack’s house for months.

It becomes clear across several episodes that Diane’s despair isn’t just that her vision of “making a difference” didn’t work out the way she’d hoped. Rather, she doesn’t know how to return to her husband - who is so proud of her - having failed. And the longer she waits, the more she doesn’t know how to come clean with him. Finally (serious spoilers ahead), Mr. Peanutbutter spots her in a restaurant, but instead of confronting her, he calls her on the phone and asks her to come home, telling her he needs her help. In reality, she needs his forgiveness more than he needs help finding batteries.

I think I found Mr. Peanutbutter’s act of kindness and forgiveness so profound because Diane reminded me of myself. In some ways, I have let my guilt and shame keep me away from God and others, when God’s forgiveness was really the only way out. In the context of a story where relationships are broken and characters magnify mistakes with further mistakes, seeing this one act of forgiveness for the sake of continuing relationship felt hopeful. Even if it came from a character who once wore a cone to keep him from gnawing on his stitches. 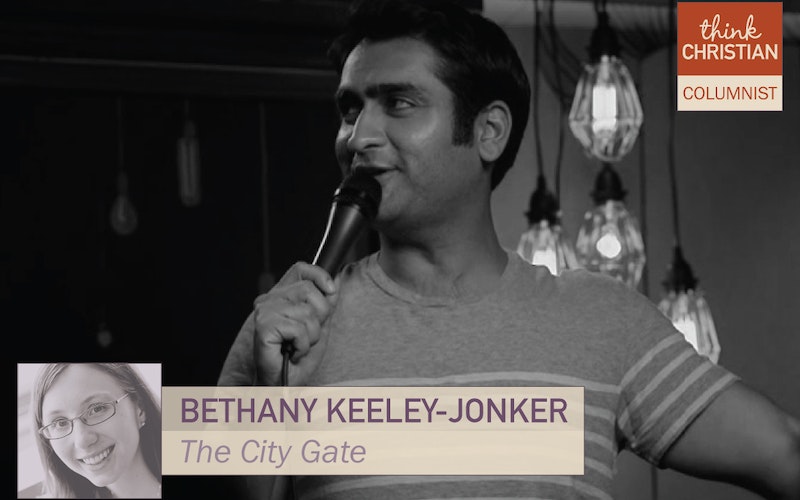