Jesse Pinkman was supposed to die in the first season of Breaking Bad. Yet when the directors and producers witnessed the readily apparent chemistry between star Bryan Cranston, as Walter White, and Aaron Paul, as Jesse, they granted Jesse his first stay of execution. But oh how Jesse would pay for that reprieve. If he could have known what he’d endure over the five seasons of Breaking Bad and the new film El Camino: A Breaking Bad Movie, death might have seemed a better option.

As the series continued, Jesse would repeatedly fight for his life. Despite the murders of two of his girlfriends. Despite being treated like a literal dog by Todd Alquist (Jesse Plemmons), his criminal associate and eventual captor. And despite being deeply and routinely manipulated by Walter White, his high-school teacher, drug-dealing mentor, and father figure.

Where Walter devolves into a megalomaniacal drug lord over the course of the series, remorseless for those he’s hurt or killed, Jesse evolves into the moral center of the show, often visibly torn apart by the tragic consequences of his actions. Now, with the resolution to Jesse’s story given us in El Camino, we see just how drastically different Jesse’s moral center truly is. If Breaking Bad is the story of Walter White’s pride leading to a fall, El Camino is the story of Jesse’s repentance and humility.

In Breaking Bad, Mike Ehrmantraut (Jonathan Banks) became a reluctant partner in Walter and Jesse’s operation. Ultimately, Walter kills Mike, mainly out of spite, shooting him on a riverbank. The opening scene of El Camino is a flashback to Breaking Bad, before Mike’s death, showing Jesse talking to Mike on a riverbank. Tellingly, Jesse’s black leather jacket is adorned with a cross. As Mike suggests Alaska as an excellent place for Jesse to flee to, Jesse ruminates that he can then “put things right.” Mike, who’s always had a grandfatherly affection for Jesse, simply replies, “No. Sorry, kid. That’s the one thing you can never do.” Jesse doesn’t reply, though one could argue that the rest of the film is Jesse’s earnest response to prove Mike wrong.

El Camino (Spanish for “The Way”) is an escape film that picks up where Breaking Bad ended, with Jesse ecstatically driving an El Camino away from the white-supremacist compound in which he’d been a drug-making slave for months. The film seeks to answer the questions: “Does Jesse get caught? Does justice prevail?”

However, the film is less about Jesse’s escape from the law and more about his escape from his sins. Admittedly, it’s a works-based escape (though one could argue that Walter sacrificed himself for Jesse’s freedom in the final episode of Breaking Bad). But the way Jesse repents is quite Christian: through humility. St. Augustine wrote, “If you should ask me what are the ways of God, I would tell you that the first is humility, the second is humility, and the third is humility. Not that there are no other precepts to give, but if humility does not precede all that we do, our efforts are fruitless.” Likewise, three scenes reveal Jesse’s humility and his newfound faith in following the path of “putting things right.”

First, in a flashback to the Breaking Bad timeline, Jesse is given an opportunity to kill Todd, his captor. However, in possibly the most devastating scene of the film, Jesse relinquishes the gun. He knows that Todd’s fellow neo-Nazis will only follow suit by killing Jesse’s murdered girlfriend’s young son, Brock. Here, Jesse’s submission is involuntary. He has no recourse but to relent. Humiliated beyond belief, Jesse hands over the gun and accepts his fate.

The second moment occurs during the El Camino timeline, when Jesse captures a cop at gunpoint and another officer levels a gun at Jesse’s head. The aiming cop encourages Jesse to give himself up. Jesse flashes back to Todd’s outstretched arm, when Todd likewise asked Jesse to give up. This time, seeking to right his wrongs, Jesse voluntarily gives up his gun. He is agreeing to be taken into custody and made to pay for the sins his actions have visited upon so many. Without a word, Jesse drops his gun, and then learns the freeing yet damning truth: these aren’t cops at all. They’re small-time criminals also looking for Todd’s stash of cash. Here, Jesse’s voluntary humility isn’t rewarded, it’s thwarted. His best efforts to do the right thing have proven ineffectual, even detrimental. By now, Jesse must be agreeing with Mike: Maybe I’ll never be able to put things right.

Jesse’s final act of humility may be his most impressive. Toward the end of El Camino, we see a closeup on a letter Jesse has addressed to Brock. We are not privy to the contents of the letter, so the audience is left to imagine what it says. I like to think that it tells Brock the long and tragic ballad of Jesse Bruce Pinkman, drug addict turned drug lord turned drug slave turned humbled outlaw. In other words, the letter is Jesse’s final act of repentance, a humble confession of sins, before escaping to the pure snows of Alaska.

Quoting Proverbs, the apostle James wrote, “‘God opposes the proud but shows favor to the humble.’ Submit yourselves therefore to God.” Breaking Bad creator and El Camino director Vince Gilligan offers a similar path for Jesse Pinkman. By the grace of God and the humble repentance of our sins, we’ll find freedom in the end.

Jesse Pinkman was supposed to die in the first season of Breaking Bad, but his creator had other plans. Thank God—for Jesse and for us. 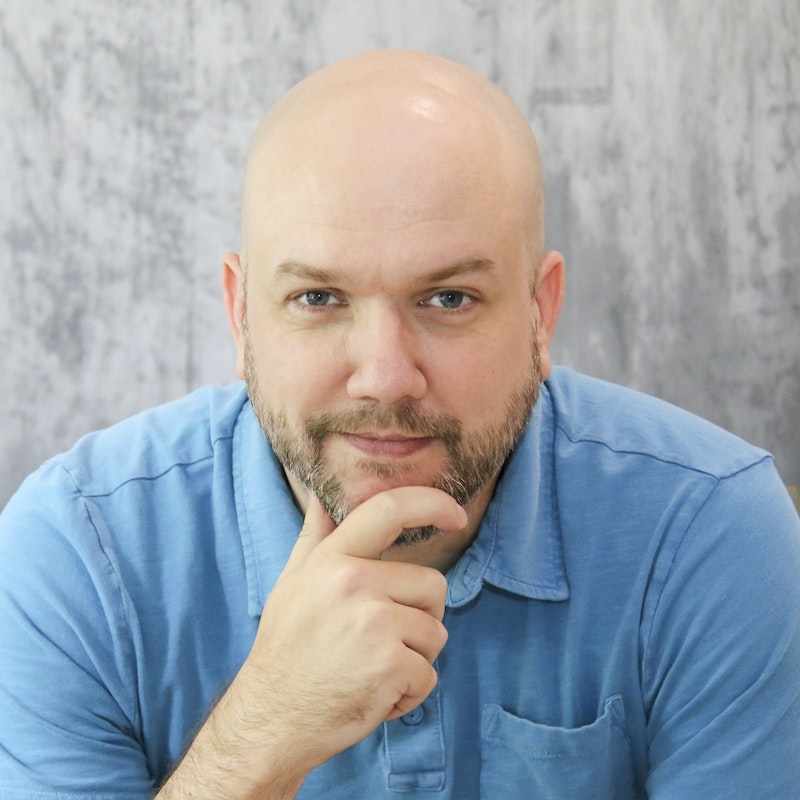 Blake Atwood is the author of The Gospel According to Breaking Bad. Its second edition, to include a new chapter on El Camino, is scheduled for release in December 2019. You can follow him on Twitter @batwood.