Even in the face of Alzheimer's, Campbell sung of dogged faith in a loving God.

After a long, painful, and disarmingly transparent dance with Alzheimer’s disease, one of the greatest talents in American popular music takes his exit. Glen Campbell set a bar so high few bothered to even notice it any more. He was in the firmament. That’s what made his final chapter—which came to a close this week at age 81—so riveting.

There was a lot more to Glen Campbell than “Rhinestone Cowboy.” He was one of the best guitar players of the 1960s, adding his unique tone and dexterity to songs by Elvis, The Beach Boys, Merle Haggard, Frank Sinatra, and many others. He even played on Pet Sounds and filled in when Brian Wilson decided not to tour with The Beach Boys anymore. Only the best players in the business got to be members of the famous Wrecking Crew, and Campbell was one of them.

Campbell seemed utterly unconcerned with labels or lanes. His music transcended genres, landing at the top of the pop and country charts numerous times. His voice was amazing. His instincts were almost always spot-on. He possessed a personal charm that lit up the small screen. Though I was too young to have seen his initial television series, The Glen Campbell Goodtime Hour, I grew up with regular and never-to-be-missed Glen Campbell TV specials. He sang gospel songs right alongside love songs. He constantly tipped his hat to the artists and songwriters who had influenced or encouraged him. His 2005 album, Meet Glen Campbell, interpreted songs by U2, Foo Fighters, The Velvet Underground, and others. Following in the footsteps of his friend and compadre, Johnny Cash, Campbell demonstrated the ability of a great song to transcend style. His final album, Adios, was released this June.

Campbell first announced his Alzheimer’s diagnosis back in 2011. Instead of retreating from the public eye, he bravely played the brutal hand he had been dealt for all to see. He mounted a tour with several of his family members and invited a film crew to capture his slow fade. The resulting film, Glen Campbell: I’ll Be Me, is heartbreaking and beautiful. His dogged faith in a loving God is clearly conveyed in the conversations he had with his family members and the songs he continued to perform. “A Better Place,” from his 2011 album Ghost On The Canvas, acknowledges past failures, reinforces our need for each other, and looks with faith to a healed and redeemed world:

I've won and I have lost

I've lived and I have loved, Lord

Sometimes, at such a cost

One thing I know

The world’s been good to me

Some days I'm so confused, Lord

My past gets in my way

I need the ones I love, Lord

More and more each day

One thing I know

The world’s been good to me

Campbell was frustrated, as anyone with this disease would be. He was even angry at times. That he, and his family, allowed unflattering footage to remain in the final cut of the film displays the generosity and honesty that makes the work so important. That his Christian faith, though tested, continued to sustain him suggests that there was more to it than simple fodder for country songs.

Watching this giant of a talent leave the stage long before his body did was a painful reminder of the brokenness of the world. It’s revealing that his ability to play music outlasted his recognition of family members. Somehow he stayed connected to the music long after he lost touch with so much else. This reinforces my suspicion that music is inherently spiritual—able to capture and connect with those things beyond our temporal world. My own grandfather succumbed to dementia last year. By the time I made it to his bedside he hadn’t communicated in any way for several days. My wife and I sat there and sang some gospel songs for him, wondering if he could even hear us. When we stopped he started moving his hand, agitating a bit. I started playing again and he calmed right back down. It was a sacred moment, to be sure. I don’t claim to know what it all means, but when I speak of music being deeply soulful, this is part of what I’m talking about.

Thank you, Glen Campbell, for cultivating your talents so well. Your excellence honored your source. Thanks also to the Campbell family for bravely pulling back the veil on this final act of his life. Death is not acceptable. Disease is not OK. Until all things are made new we will continue to sing “I Wanna Live,” and thank God for Glen Campbell.

“JJT” has been chasing the thread dangling between eternal truths and temporal creative experiences for nearly three decades. He is a writer, a businessman, a father, an artist, and a seeker. Read more about him at 33andathird. Listen to his Glen Campbell playlist on Spotify. 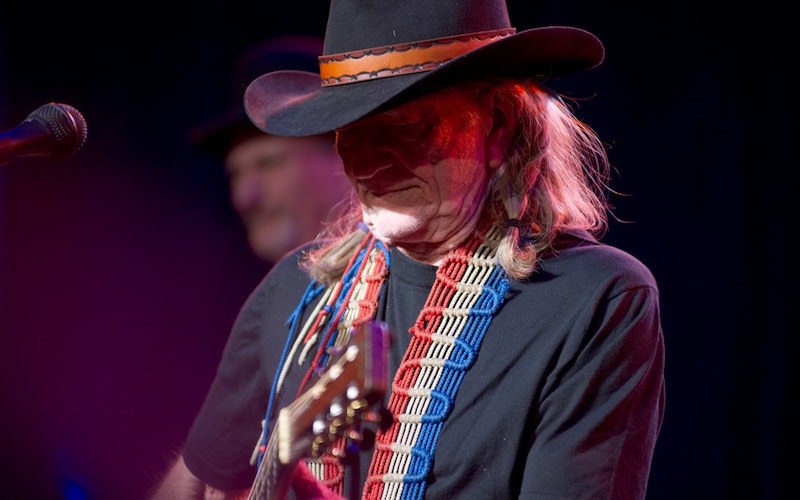