Hot in Cleveland, like the classic sitcoms it is modeled on, smuggles secularism into Christian homes. Here's why we're better for it.

Equipped with a “just for laughs!” cloaking device, sitcoms have long played a pivotal role in spreading secularism from America’s urban coastal centers to its heartland. For half a century, the attitudes of Manhattanites and Los Angelenos toward sex, race, gender, piety, politics and a host of other culture-war battlegrounds have been matter-of-factly depicted for millions of Americans who don’t naturally share them.

Some of us in that heartland, gathered with our families in the warm glow of Mary Tyler Moore and Mork from Ork, gained a liberating sense of real-life alternatives to the pervasive, homogenous, thoroughly Christianized environment of our upbringing. After all, a world where no other ways of thinking appear as possibilities is indistinguishable from prison, no matter how kindly intended.

I’m reminded of this whenever I tune in to the new, 1980s-style sitcoms that multiply every season on TV Land. They are designed to appeal to my parents’ generation, those Baby Boomers who used to watch the likes of Valerie Bertinelli on a weekly basis. It’s not only that some of these same faces are back. It’s also the attitudes: the casual sex, the makeshift non-nuclear families, the drugs and alcohol, the lessons in tolerance and diversity couched in mockery of their opposites. Still today, the generation that funds Focus on the Family is the same one that makes these raunchy comedies profitable for advertisers.

The sitcom’s secularism may or may not tell the truth, but it makes plausible an existential muddling through.

Take Hot in Cleveland as an especially telling example. The show stars Jane Leeves (formerly of Frasier), Wendie Malick (Just Shoot Me! ) and the aforementioned Bertinelli (One Day at a Time) as transplanted Californians who move in with senior icon Betty White when they find their aging charms are more marketable in the Rust Belt than Hollywood. The women have the usual procession of guest stars as short-term lovers, toss back booze when their problems get overwhelming, reconnect with children they put up for adoption, marry and gay-marry and divorce with reckless abandon and fake their own deaths - the usual soap-opera shenanigans of the traditional sitcom, seasonally adjusted for the comedic possibilities of the current era. At the same time, the fish-out-of-water situation encircles all the plastic surgery jokes with Midwestern, salt-of-the-earth values. We laugh at Malick’s Victoria for her vanity and Leeves’ Joy for her bed-hopping, but we also see these traits as inextricably tied to their strengths as women determined to choose their own destinies. We get a kick of the juxtaposition of sweet old Betty White talking about marijuana, but we can’t help but register the underlying message: the greatest generation refuses to go quietly into its pigeonhole.

When I was a kid, the fact that my dad laughed uncontrollably at Bob Newhart made me realize that there was genius in the mainstream culture, not reducible to or replaceable by the Christian counterculture in which we lived most of our lives. That empowered me to integrate into my thinking the best ideas from many versions of “the good life.” In sitcoms, people found ways through their problems and into meaningful relationships without Jesus being the answer. The sitcom’s secularism may or may not tell the truth, but it makes plausible an existential muddling through, where vice and poor judgment and lack of moral absolutes are inseparable from maturity and growth. And that helps us respect those making those choices in a different framework from our own. It may even give us a few tools that our socialization failed to provide.

Few of us would want to live our whole lives in those hot messes that sitcom characters get themselves into. But many of us seem to love visiting with them. It’s not at all surprising, and quite a bit heartening, that there is room in our faith for a few souvenirs from godless Sitcomland.

Donna Bowman is a theologian and professor at the University of Central Arkansas. She has written about television and popular culture for The A.V. Club. and The Dissolve. / Image via TV Land. 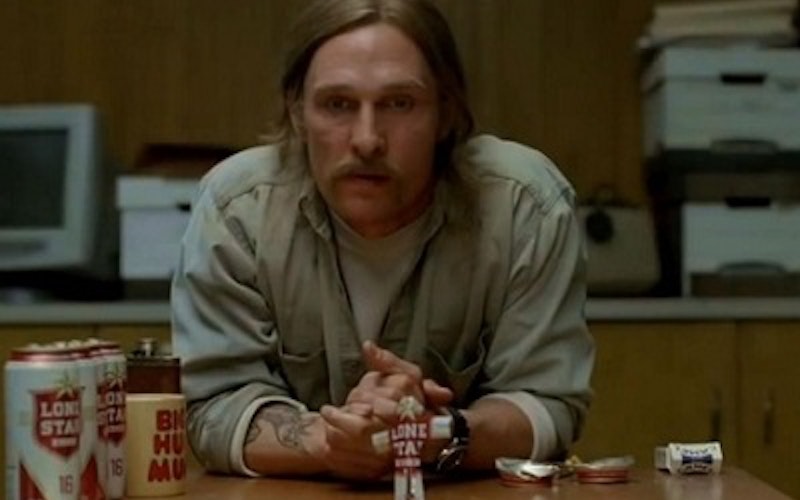 True Detective and the true abyss 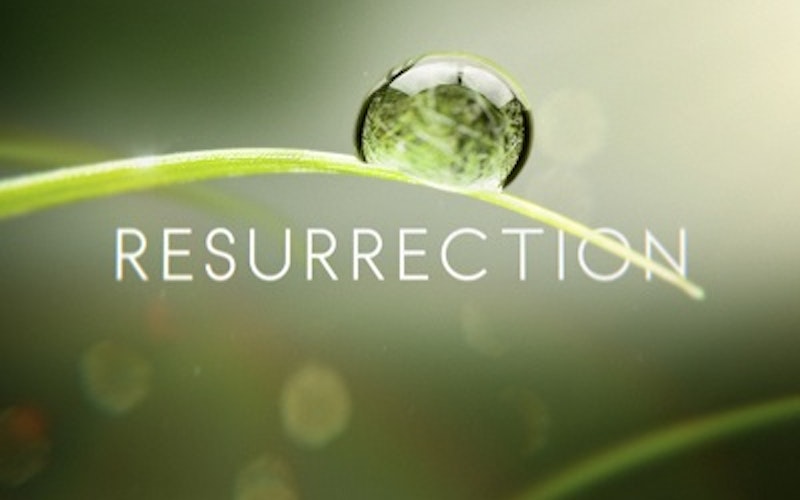 How resurrection shakes things up (on ABC and elsewhere)