While the anti-vaccination movement thrives on worry and a denial of history, Christians are called to live differently.

On the 100th anniversary of Jonas Salk’s birth, some stopped to recognize his achievement and generosity in developing a polio vaccine and sharing it with the world. Many were happily oblivious to the day’s significance because we were born into a society almost entirely free from the threat of this deadly and crippling disease.

Salk’s son, Peter, among the first to receive the vaccine in 1953, marked the occasion with a warning: some are forgetting the harsh reality of what epidemic disease can do. In an interview published by The Atlantic, Salk was clearly baffled by the anti-vaccination movement. And to those with a historical view, it is baffling.

In 1998, British doctor Andrew Wakefield published the results of a study claiming to prove a link between standard childhood vaccinations and autism. As word spread, parents worried about the risks of vaccinations. Some decided immunization was so risky that they would not expose their children to its supposed hazards.

But Wakefield’s findings were false. Follow-up studies failed to confirm, and Wakefield himself has been unable to reproduce his results. An investigation uncovered deliberately falsified data in his work and named his study “an elaborate fraud.” Wakefield was paid more than $600,000 by lawyers who were hoping to sue vaccine manufacturers.

No one has confirmed valid scientific evidence that immunizations are linked with autism or that their risks outweigh their benefits. Yet based on this snowball of misinformation, growing numbers of parents balk. At this point, 10 percent of American parents refuse or delay vaccinations for their children.

Worry is choosing to stay in a place of fear - even when overwhelming evidence tells you otherwise.

Now infection rates for diseases once rare in North America are climbing - particularly measles. In 2008, more than 90 percent of people who contracted measles were not vaccinated or had unknown vaccination status. And in 2013, the rate of measles in the United States was triple the yearly average. Almost all cases appeared in places where many unvaccinated people live.

According to federal statistics, since 2007, 128,000 Americans have become sick with preventable illnesses due to lack of vaccination; 1,336 have died. When the immune rate in a population drops below 95 percent, even vaccinated people are susceptible because the effect of a person’s vaccination wears down over time.

Peter Salk is wrong. We aren’t forgetting the past; we’re refusing to learn from it. The parents of young children in today’s developed countries have no memory of polio or other severe epidemics - they have the luxury of “forgetting.” What scares them is the risk of side effects they can imagine, without appreciation for the wider context that makes vaccination an obvious choice.

Worry is choosing to stay in a place of fear - even when overwhelming evidence tells you the threat has passed, that you can make a better choice or you can’t obtain the kind of control you’re trying to establish. This trend provides a striking example of how worry can cause people to make unwise, unsound and even dangerous choices for the sake of soothing themselves.

Christians are called to live differently - with wisdom, sobriety, care for the common good and trust in a God who is completely capable and has this world well in hand. These orientations toward life come from the Holy Spirit, whose influence we squeeze out when we choose worry.

What does wisdom dictate? Overwhelmingly, vaccination. What does love call for? Vaccination - not only for the sake of children, but for everyone. Worry and wisdom rarely share a bed.

Amy Simpson is author of Anxious: Choosing Faith in a World of Worry. She also serves as editor of Gifted for Leadership, Senior Editor of Leadership Journal, a speaker, and a Co-Active personal and professional coach. You can find her at AmySimpsonOnline.com and on Twitter @aresimpson. / Vaccine image via Shutterstock. 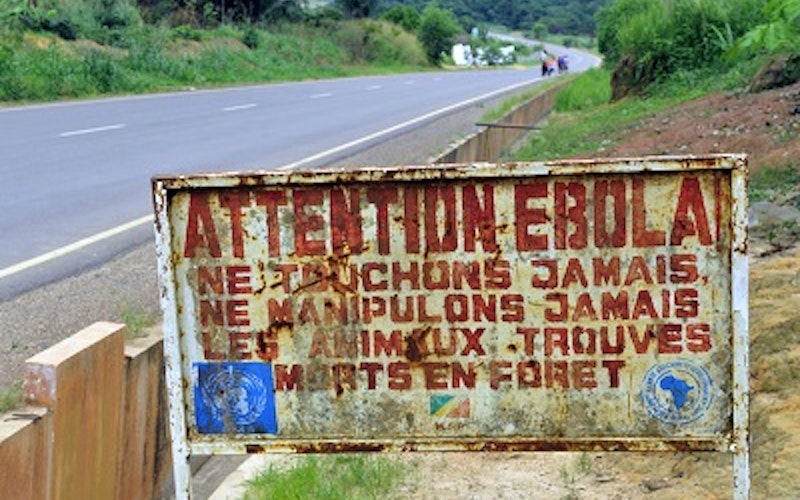 Balancing vigilance and providence in the face of Ebola