The captivating video game encourages anthropocentric achievement, but there is another way of playing.

I’ve only had a handful of experiences with art that kept me up late that night, unable to stop thinking about what I just watched (or heard or played). David Lynch’s Eraserhead falls into that category. Takk…, the fourth album from Iceland’s Sigur Rós, stands out as a club member. And earlier this year, The Witness—an independent game by mastermind Jonathan Blow—joined the list.

This might be surprising considering how understated the game is. There isn’t any discernible story. Nothing to collect. No enemies (or even other characters). No dialogue. No music. And you receive no rationale or motivation to play the game. That’s right: this immensely profound game has as its only mechanic walking around an abandoned island solving puzzles on flat panels by drawing lines. And the reward for solving a puzzle? Another puzzle.

The potential power of video games lies in their degree of participation. We aren’t only passive observers waiting for things to happen; we directly engage with the art itself. Part of the appeal of The Witness, which removes so many assumed aspects of gaming, is the way it tells a story through game play. There is no extrinsic reward for solving a puzzle because the game is not about the surprise behind the puzzle. It is precisely about the puzzle. The Witness isn’t just telling you about discovery; it’s inviting you to participate in the process of discovery.

A few hours into the game, I was struck with a realization: nothing about my character had changed, but I had. I was recognizing patterns. I felt a spark of joy whenever a clear solution emerged from a puzzle that had frustrated me for half an hour. I was experiencing what it was like to see the world around me—which at one point was completely obstructed by my own limitations—and understand it. The Witness urges the player to ask: How do I understand the world? How do observation and learning help in the task of making sense not just of this game world, but of our own, puzzle-filled world?

The Witness isn’t just telling you about discovery; it’s inviting you to participate in the process of discovery.

The Witness presents a world that is full of purposeful design and order, embedded with its own sense of meaning, begging to be uncovered. More than that, it acknowledges that there is something beautiful about this truth and its discovery. The puzzles aren’t presented on a blank canvas; they occupy a colorful and majestic island full of intrigue and mystery. Even the game’s name alludes to this sense of discovery. We aren’t creating our own meaning. We are here to learn about something already present.

Yet, at the same time, The Witness seems hesitant to commit to the idea of a capital “T” truth. The only clues along these lines are the many audio logs scattered throughout the map, which play voice recordings quoting individuals who have all contributed competing philosophies meant to offer an interpretive lens through which to view the world. These recordings range from behavioral psychologist B. F. Skinner to German humanist philosopher Nicholas of Cusa to early church father Augustine of Hippo—and almost every type of thinker in between. The final log even presents a fairly explicit caution against claims of absolutism. The Witness isn’t promoting some type of postmodernist relativism, but I couldn’t help experience some degree of disconnect when trying to discern the end goal. How can a world so meticulously cultivated down to the most minute details, including the placement of bolts on structures, be advocating such a breadth of conflicting propositions of truth?

Of course, expecting a video game to give tidy answers to life’s most meaningful questions is hardly fair. Yet The Witness, in light of its urge towards understanding, still feels strangely anthropocentric. The takeaway isn’t realizing an overarching philosophical truth; it’s urging the player to enter into a contemplative space to learn about themselves. If Descartes were a video-game designer, The Witness might have been his magnum opus. This theme reaches its zenith as the player ascends a large mountain centered on the island; the resultiving perspective, which looks back at the island that has been “conquered,” urges us to magnify ourselves at the center.

In Psalm 19, David exhorts the reader to a task that feels right at home in the world of The Witness. Stop. Slow down. Observe the majesty of the world around you because it is telling you something important. It lends knowledge if we patiently listen. But David doesn’t use this knowledge to reveal insight about his own psyche. Instead, he transitions into what it tells us about God. The created order sings praises to the Creator, who designed it. Self-discovery doesn’t cause us to climb the mountain at the center of creation looking out over our own accomplishment. Instead, it leads us to look up to the mountain as a symbol of our own humility.

Even in completing The Witness, I still felt a sense of inferiority compared to the transcendence and mystery of the world around me. From this perspective, The Witness provides a captivating starting point for a much larger journey, one that ultimately leads outside of ourselves and toward the One who made us. 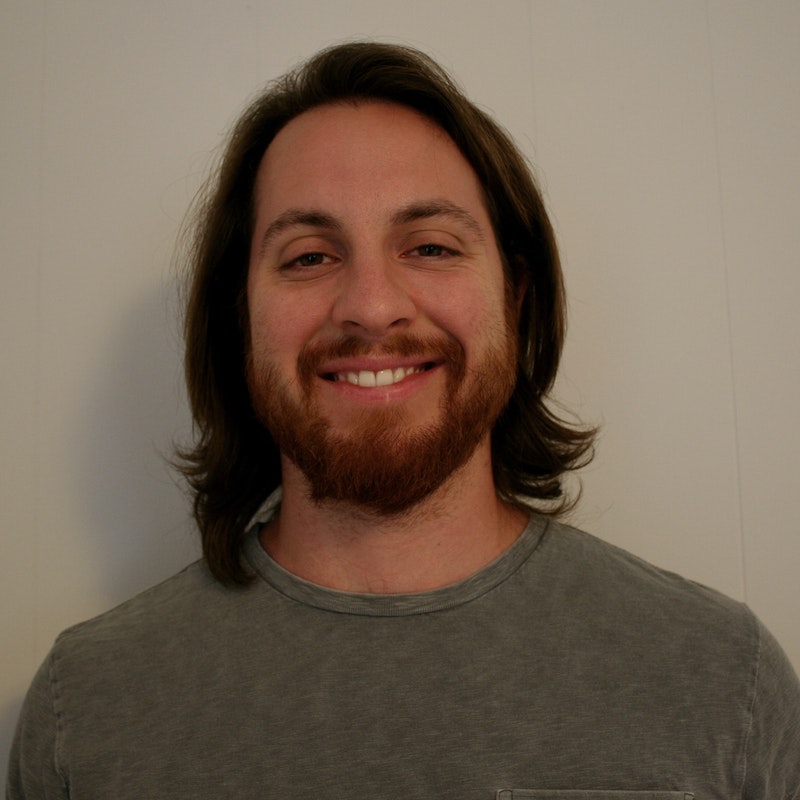 Martin Antoon is a pastor for RUF through the Presbyterian Church in America at Savannah College of Art and Design. He also continues to write and record his own music, which you can check out here.