An irreverent comic prompts us to consider Jesus’ crucial question: “Who do you say I am?”

Picture this: a crowded riverbank in first-century Palestine. Adorned in armor that is the glory of their empire, a garrison of Roman soldiers attacks Jewish worshipers. Into the fray steps Jesus of Nazareth. Instead of turning the other cheek, this Jesus strikes a kung-fu pose and warns, “[I]f violence is your preferred language, I am prepared to speak it.”

Needless to say, writer Joe Casey and artist Benjamin Marra give us a very different take on Jesus in their new comic Jesusfreak. This isn’t a Jesus who heals the ears of soldiers; this is a martial-arts master who backflips around Romans before dispatching one with a death punch and decapitating another with a knife. With his shaggy black bangs and shirtless, sinewy chest, this Jesus resembles Bruce Lee more than anything we know from Scripture or centuries of Christian art.

The resemblance isn’t a mistake, as Casey and Marra retell the gospel story in the language of 1970s kung fu. Jesusfreak imagines Jesus as a Galilean carpenter tormented by horrific visions, who finds solace in martial-arts mastery and in resisting Roman occupation. Marra’s thick lines and dynamic figures reframe the characters we know, transforming Jesus into a stoic wanderer, John the Baptist into a wild-eyed wise man, and Pilate into a monologuing super-villain. The result is something simultaneously strange and familiar, as plots and people we know by heart get recast in a very different light.

Take the book’s climactic battle, in which Jesus’s temptation in the desert plays out as a battle against a sword-wielding lizard man. Colorist Brad Simpson heightens the impact of the punches and stabs by washing Marra’s panels in bold, basic colors: raging red when Jesus dropkicks the creature, sinking blue when the lizard man knocks him down. Designer Sonia Harris compliments the action panels with page borders featuring greyscale images of apples on branches, ripe on one page and rotting on the other. When the monster briefly overwhelms Jesus, it grows to a gargantuan red-and-black beast, with psychedelic waves of burgundy and yellow emanating from its snout.

None of this feels realistic, which Casey acknowledges in the book’s introduction. Despite the arduous historical research that he’s done, he lets the story veer into “pure symbolism” and “surrealism.” When applied to the book’s fight scenes, this hallucinogenic quality elevates Jesusfreak from a simple provocation about a “butt-kicking Jesus” to commentary on the way we talk about God. By envisioning Christ in the form of a ’70s kung-fu warrior, one who speaks in the violent vernacular of the genre, the comic forces those of us who emulate Jesus to once again answer the question, “Who do you say I am?”

This Jesus resembles Bruce Lee more than anything we know from Scripture.

Of course, we know we’re supposed to say that Jesus is the Prince of Peace, the revelation of God’s perfect love. But that’s not always the way we actually talk about him. Sometimes, when we’re dealing with enemies we can’t easily love or trespasses we can’t easily forgive, we reject the God of love and want a Jesus of action. We want Jesus to karate chop people we can’t beat up ourselves.

In those moments, we act like the crowds who rejected Jesus before Pilate. As described in each of the gospels, Pilate adheres to Passover tradition by allowing the crowds to choose a prisoner to be pardoned. Instead of Jesus, the crowds demand, “Give us Barabbas,” a revolutionary who fought against the Roman empire. With its graphic beheadings and stabbings, Jesusfreak gives us Barabbas. This messiah destroys the enemy and stabs the beast, demonstrating in simple and indisputable terms his power over Roman might.

But even if we sometimes think we want a butt-kicking Jesus, most Christians will be disturbed by seeing one appear in Jesusfreak. To their credit, Casey and Marra do not shy away from this discomfort, forcing us to watch Jesus abandon the sick and the destitute, as he does before the book’s climax, to go punch bad guys. We’ve seen heroes do that a million times before and we know where it ends: more brutality, more hurt, and little change.

Yet even as it shows us the dissatisfying Jesus we think we want, Jesusfreak also gestures toward the greater path of peace that Christ actually taught. In the book’s final pages, Jesus stares at the crosses lining the road, a symbol of Rome's addiction to rule by force. “I realize the power I hold in my hand,” Jesus thinks, drawing a connection between his savagery and that of the empire. “But my words … They hold even more power.”

With its vivid imagery, Jesusfreak shows us the limitations of the worldly power we sometimes want Jesus to use, and helps us better appreciate the language of love Jesus taught. 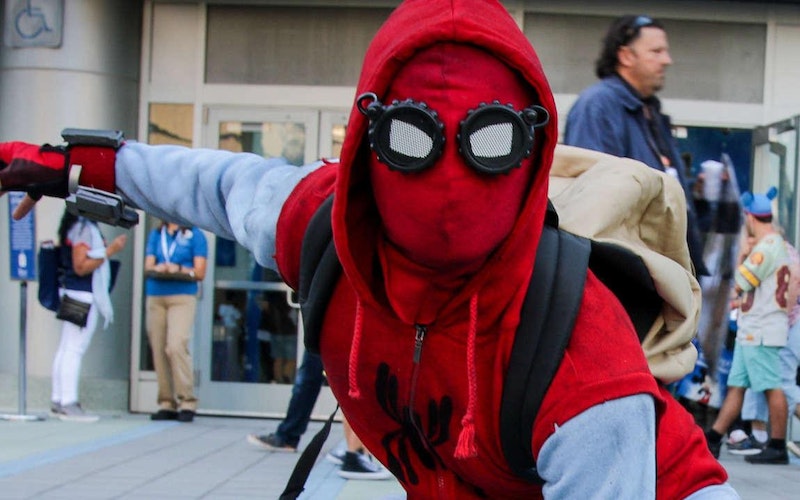