James Cameron’s Avatar movies are landmark events, showcases for eye-popping imagery and the latest in film technology. While they have also rightly been criticized for telling “white savior” stories, the films still allude to worthwhile ideas. Through the arc of their main character, for instance, we can see different expressions of the Christian understanding of grace.

The first Avatar introduced us to the world of Pandora, a distant moon inhabited by a tall blue alien species called the Na’vi. We discover Pandora through the eyes of a paraplegic former Marine named Jake Sully (Sam Worthington), who can remotely pilot a Na’vi hybrid body, or “avatar,” through a mental link. His mission is to infiltrate the Na’vi and convince them to cooperate with humans, who have come to Pandora to exploit its natural resources. But when the humans attack the Na’vi, Jake joins the people he was ordered to betray. At the end of the first Avatar, Jake’s consciousness is transferred into his avatar body, making him a permanent member of the Na’vi.

Cameron treats Jake’s transfer of consciousness as a kind of rebirth, going so far as to show his human body and his Na’vi body lying on the ground next to each other in the fetal position, with vines forming an umbilical cord between the two. The 2009 movie ends with Jake opening his eyes in his new body as triumphant music swells, implying that Jake has been granted salvation in the form of a second body and a chance at a new life—a kind of grace.

This is close to, but not quite the same, as a Christian understanding of grace—justifying grace in particular. Jake seems to be given his new Na’vi body because he deserves it, but the point of justifying grace is that it can never be earned, only accepted through faith. In his sermon, “The Scripture Way of Salvation,” Methodist founder John Wesley refers to justifying grace as “pardon” and “the forgiveness of all our sins,” which occurs at the moment of putting faith in Christ. Once justified by faith, a person is saved. They then proceed to live out their lives under the influence of sanctifying grace, which is the ongoing process of God’s love at work in the believer’s life. (Wesley also outlines a third kind of grace in this sermon called preventing grace, which is the common desire of humankind to do good regardless of their salvation; Wesley refers to this kind of grace as “conscience.”)

Jake has been granted salvation in the form of a second body and a chance at a new life—a kind of grace.

Avatar: The Way of Water, Cameron’s long-awaited follow-up to the first film, illustrates the second kind of grace, that which sanctifies. The ongoing work of sanctification is the work of putting aside sin through God. Cameron shows that grace through Jake’s personal journey in the sequel. Jake might be a Na’vi physically, but he still holds on to pieces of his old life. He still wears a vest from his time in the human Marines. He treats his sons more like members of a military squad than like members of his own family, demanding they refer to him as “sir” instead of “dad.” Jake expects his children to behave with the discipline of soldiers as they carry out raids on the humans who still want to exploit Pandora’s resources. His oldest, Neteyam (Jamie Flatters), is obedient and dutiful, but his younger son, Lo’ak (Britain Dalton), chafes at Jake’s rules and feels like an outsider in his own family. Jake, for his part, rarely demonstrates his love for his children, commanding their respect rather than expressing how he feels about them.

Jake moves from a position of authority back to being an outsider himself through the course of The Way of Water. Because they’re targeted by the human military, Jake and his family are forced to relocate to a new village in an island archipelago. They’re no longer in familiar territory; instead of the imposing trees that used to be their home, they must all grow accustomed to life among Pandora’s reefs and oceans. Jake and his family learn how to dive from their new hosts—a process that mirror’s Jake’s arrival on Pandora in the first film. They spend their days swimming in the clear waters of the reef, learning how to ride the seal-like creatures that inhabit the coastal waters. Jake’s adopted daughter Kiri (Sigourney Weaver) spends her days floating among the fish, her curiosity and delight about their new home lending the movie the tone of an enthusiastic nature documentary. Jake becomes a student alongside his own children, in some ways more peer than parent, learning just as much from his children about their new place on Pandora as he teaches them.

Throughout their new life on the edge of the ocean, Jake has a difficult time letting go of his identity as a disciplinarian and a former soldier. But his time on the water does soften his heart somewhat. As the movie progresses, Jake and Lo’ak begin to develop a healthier relationship with each other—a kind of sanctifying grace, grounded in love instead of fear. In exile, Jake comes to accept that he’s no longer a leader, but a guest. When their hosts accept Lo’ak as a member of their tribe, Jake finally comes to see his son as an expert in his own right, someone who can be trusted instead of being told what to do.

Jake doesn’t foster a fully restored relationship with Lo’ak by the end of the movie. He remains an imperfect parent, at times unable to see his children as anything but the soldiers he wants them to become. His demands for perfect obedience without grace or understanding had driven a wedge between him and his sons. But Jake recognizes his mistakes and repents of them, movements which speak of a sanctifying grace. He’s in the process of restoring a right relationship with Lo’ak, a process that isn’t yet complete, but that is ongoing. 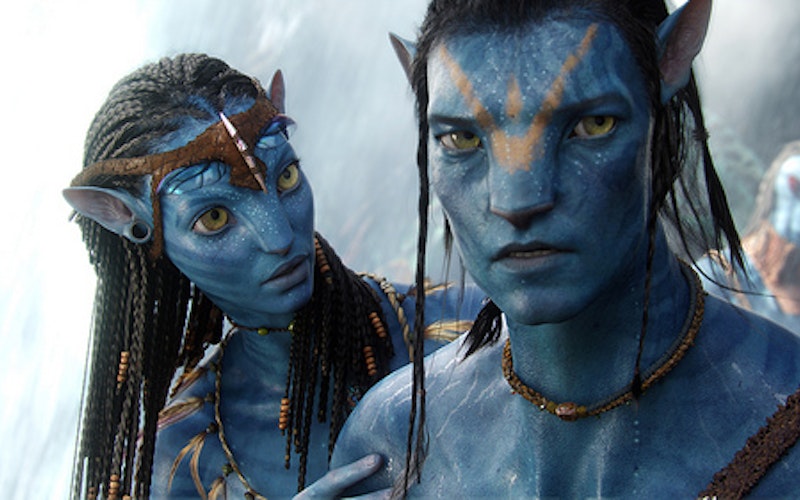 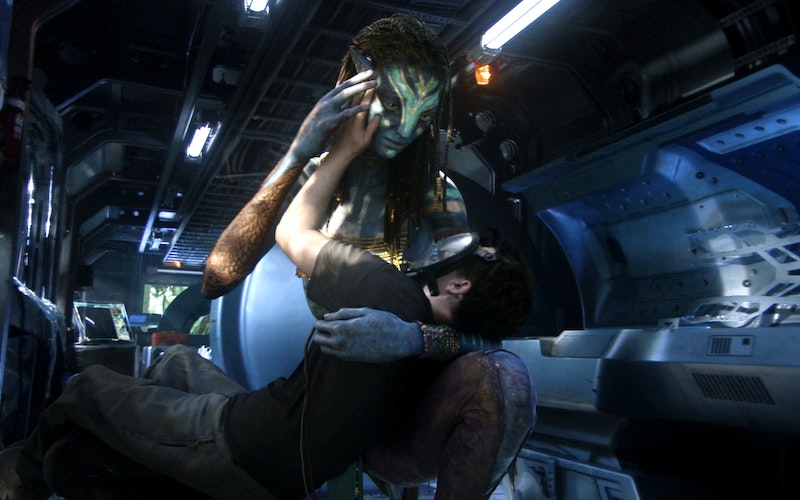