We turn TC’s distinctive theological lens — with an emphasis on common grace and God’s sovereignty over all things — toward Star Wars, one of the most dominant film franchises in history.

As a Star Wars-obsessed child in the early 1980s, I would hear rumors that George Lucas envisioned his space opera to be part of an epic, nine-movie cycle. As I mourned the “end” of the series in 1983, with the release of Return of the Jedi, I could only hope that those rumors would someday prove true.

So they have, first with the trilogy of prequels, released between 1999 and 2005, and then with three more films in the 2010s that brought the “Skywalker saga” to a close.

Watching the original movies as a kid, I didn’t much associate their fantastical stories with the biblical narratives I learned at church. Sure, there was good and evil, as well as some vaguely spiritual notion of “the Force,” but in my mind Star Wars and faith were entirely separate things.

Clearly I’ve changed my opinion on that, considering I now serve as senior producer for Think Christian, where we declare there is “no such thing as secular.” As soon as news broke about plans for the first installment of the sequel trilogy, 2015’s The Force Awakens, I knew it would be an occasion to turn TC’s distinctive theological lens—with our emphasis on common grace and God’s sovereignty over all things—toward one of the most dominant film franchises in history.

One of the reasons Star Wars has persisted in the cultural imagination, far beyond the daydreams of a little boy in the early 1980s, is because these movies do indeed speak biblical truths in their own imaginative ways. Let’s tease those truths out together, as we explore how a galaxy far, far away resonates so strongly in our hearts.

Episode I: The Phantom Menace – Making Sense of Midi-chlorians, by Donna Bowman

Individual election, adoption by faith, and the much-mocked midi-chlorians reveal a deeply conflicted attitude toward egalitarian values and structures.

Episode II: Attack of the Clones – He Who Lives by the Lightsaber…, by Kevin McLenithan

Applying a Christian ethic of conflict to the lightsaber worship in Star Wars, we recognize that violence begets violence.

In Revenge of the Sith, all of Star Wars comes down to a man torn between his calling or living a peaceful life with the woman he loves.

Episode IV: A New Hope – The Scale of Hope, by Josh Larsen

The original Star Wars film’s vision of hope can be detected in its imagery alone.

Episode V: The Empire Strikes Back – Beginning in the Middle of Things, by Roslyn Hernandez

The narrative of The Empire Strikes Back can only move forward once Luke Skywalker is born again into a time when the galaxy desperately needs what he can become.

Episode VI: Return of the Jedi – Can Anything Good Come from Endor? by David Zahl

What can the extensive use of masks in Episode VII tell us about the veils we all wear?

Star Wars: The Last Jedi isn’t about the victory of the faithful, but the kindling of faith. Might we, and the faith we espouse, be better served by steadily staying the course, by living in love?

In Star Wars’ grand conclusion, Rey is both sinful and righteous, broken yet adopted by grace. Rey's burden is lifted not by her own heroic efforts, but by something graciously given to her.

Rogue One: Can a Rebel Learn to Trust and Obey? by Josh Larsen

In Rogue One, a lone wolf considers the cost of obedience. Christian obedience is always undertaken at the risk of losing something.

In Solo: A Star Wars Story, Han never admits he doesn’t like being alone. 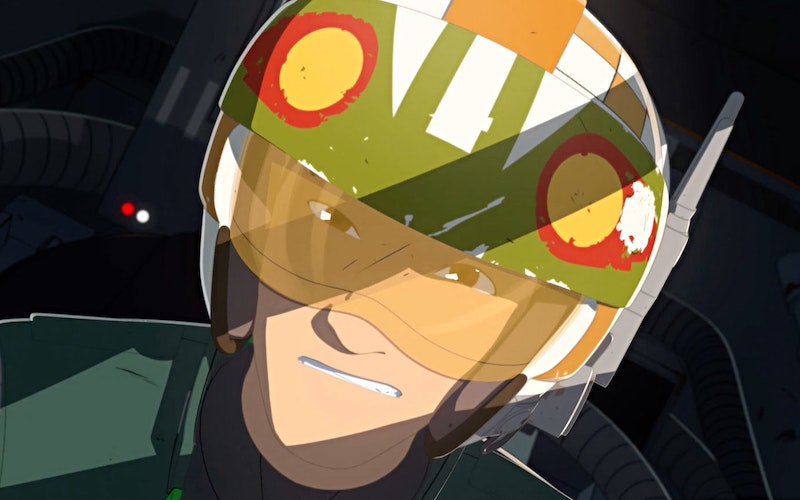