What does that Jaden and Willow Smith interview look like through the lens of parental empathy?

Just playing devil’s advocate here: maybe Will and Jada Smith are just like any other good parents who believe their children possess a particular brand of genius. Let’s be honest, if the New York Times style magazine wanted to feature our kids’ accomplishments and precocious personalities in an interview, we’d let them. Otherwise why are we all filling the Internet up with the videos, photos and daily commentary of our children? Let’s not even get started on the number of times we ask our friends to applaud our kids’ talent.

So what if we looked at the interview, which appeared Monday and has been dissected throughout the week, in this way instead? Jaden and Willow Smith are two teenagers speaking the native language of most teenagers: an angsty mix of idealism and legalism. Yes, they’re privileged and that adds a somewhat unpalatable flavor to many of their responses. Yes, their family values include some unorthodox views about basic assumptions of reality. Still, I would prefer to read a kid who can throw in a few multi-syllabic concepts to spice up the typical 140-character fare (although my daughter assures me that Willow and Jaden are also quite fluent in tweet speak). I see the irony in their angsty criticism of angst, but if my high school self got the attention of major media, I’d be hunting down and burning those transcripts.

And really, the Smith kids echo (what I assume to be) the beliefs of their parents in a way that struck me as quite familiar to the methods my church friends and I used growing up. We spouted all sorts of language about the meaning of the universe we’d been instructed like a fill-in-the-blanks quiz. Beliefs about the beginning of the world, the end of the world and the afterlife we’d learned from ancient, God-breathed texts. Our well-trained certitude sounded quite kooky to anyone outside our denominational bubble.

What have you been reading?

Jaden: The Ancient Secret of the Flower of Life and ancient texts; things that can’t be pre-dated.

Mind, I’m not asking us to agree. I’m asking us to empathize. I, too, would be more comfortable if we recognized the same Creator of universal truth.

If I had the chance to talk with Willow and Jaden and if they were willing to listen to me more than, say, their local driver’s ed instructor, I’d say two things. For that matter, I’d probably pick the same things for your kids and my own angsty four:

Don’t be afraid to be ordinary.

A few years back, my family chose this motto after hearing a spiritual mentor and guy who totally gets ancient texts, Eugene Peterson, make this observation during a panel discussion: "Most of us are pretty damn ordinary." First we laughed and then we scribbled it down word for word to add to the top of our list of family values. I guess another way you could say this is that we do not want to take ourselves too seriously. (Or, to reference an earlier TC post, we’re not afraid of being basic.)

So in our house, we allow our kids to spend a good deal of their growing up years as an unrecognized figure among a mostly unrecognized crowd. Something about the task of walking daily a bit inconspicuously has taken on a holy calling for us. This choice has become a rigorous training for living in the obscure mundane of an everyday life.

We do our best to surround our kids with a tribe of thoughtful, affirming friends to help us join the communion of cheering saints (sounds kooky, I know). This tribe does the work of naming us, calling out the particular into the homogeny of a generically seen whole. Their work is nothing less than sacramental - making visible a spiritual reality. You might say it connects us to our source energy.

Here’s what I hope for you, Willow and Jaden. I hope you’ll keep being such great friends and collaborators.

I love the way you talk each other up and know each other’s process. A lot of siblings - young and old - could learn from your example. I hope you stay friends for life. That would be really cool. Your parents, who’ve so creatively named you after themselves, can be proud of your spirit and talent. May your ambitious hopes and dreams keep leading together toward the most authentic, unending Source of all truth.

Tamara Hill Murphy writes at This Sacramental Life, where she encourages her readers to see God’s presence through daily practices of art, liturgy and relationships. Born and raised in the Northeast, she now lives in the bright city of Austin, Texas, with her audacious and often-homesick family: two daughters, two sons, one husband. / 2013 photo of Willow and Jaden Smith via Christopher Halloran/Shutterstock. 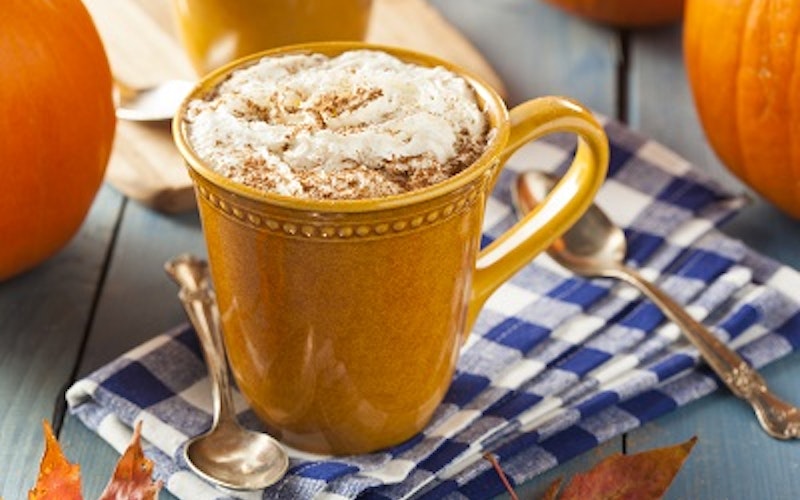 In defense of “basic” culture (yes, even Pumpkin Spice Lattes)