The seductive BBC spy series reminds us how difficult it is to maintain our new selves in Christ.

You know the scene. You’ve watched an intense game of cat and mouse between cop and criminal. You’ve seen the hero finally corner the villain, and you’ve heard the bad guy sneer, “We’re not so different, you and I.” And you roll your eyes, because you’ve seen that bit a million times before.

Few tropes have been so thoroughly exhausted as the antagonist who mirrors the protagonist, so it’s pretty remarkable that the BBC America thriller Killing Eve makes such a premise vibrant and fresh.

Adapting Luke Jennings’ Villanelle book series, show creator Phoebe Waller-Bridge infuses Killing Eve with swagger, from the rock-music cues that dominate the soundtrack to the slow pans and low angles that heighten the drama to the bold title cards that fill the frame. Add to these Jodie Comer’s performance as flamboyant, mercurial assassin Villanelle—at turns bratty, vulnerable, seductive, and bloodthirsty—and, despite ourselves, we’re fully engrossed in a story we already know.

Furthermore, we understand the obsession that American-raised, British-trained intelligence agent Eve Polastri (Sandra Oh) has with Villanelle. In its second season, Killing Eve tightened the tension that drove its first, as Eve and Villanelle make increasingly self-destructive decisions to get one another’s attention. For the ostentatious Villanelle, this means defying her restrictive handler’s orders to be subtle when committing her crimes and risking her life to remind Eve of her presence.

For Eve, this means jeopardizing her marriage, her career, and maybe her sanity. Eve repeatedly violates professional and personal ethics to apprehend, appreciate, and sometimes emulate Villanelle. This is especially the case when her MI6 superiors recruit Villanelle to capture a secretive killer known as “The Ghost” (Jung Sun den Hollander). Preparing to torture The Ghost, Villanelle looks over the shoulder of her elegant black dress and asks Eve, “Would you like to watch?” The camera pushes in on Oh’s expression as Eve recoils in horror at the realization overtaking her. Yes, she does want to watch the violence that’s about to occur. She may even want to participate. With a knowing smirk, Villanelle enters the holding cell, leaving Eve to walk away feeling something between disgust and desire.

Despite ourselves, we’re fully engrossed in a story we already know.

While most of us won’t be courted by enchanting assassins, Christians can recognize ourselves in Eve’s bewilderment. Her arc illustrates that constant pull between the new life we have in Christ and the ways of the world, ways that can seem exciting but ultimately harm others and ourselves. Paul captures this tension when he writes, “For what I want to do I do not do, but what I hate I do.” This conflict reappears throughout the epistles, often in the image of the “old self”—the way one acted before becoming a disciple of Jesus. For Paul, this is his self-righteous self, the Jewish citizen of the Roman Empire who persecuted outsiders and sinners. To live like Christ, Paul had to kill that old self, even if he still somewhat desired it. He passed that lesson to the church in Ephesus, imploring them to “put off your old self, which is being corrupted by its deceitful desires; to be made new in the attitude of your minds; and to put on the new self, created to be like God in true righteousness and holiness.”

The image reoccurs in the epistles because the struggle never ends. Every time we think we’ve killed the old self, it comes slinking out to tempt us again. When Season 2 of Killing Eve began, Eve though that she had done away with Villanelle in the previous season’s finale. But in Episode 2, while examining a crime scene, she finds a red apple in the hand of a murdered 12-year-old boy. And she knows. Villanelle lives, Villanelle kills, and Villanelle wants Eve to join her.

Even though she knows where it leads, Eve spends the rest of the season following Villanelle. And we watch without judgment because we know, too. We’ve seen it a million times before, not on TV, but in our hearts. 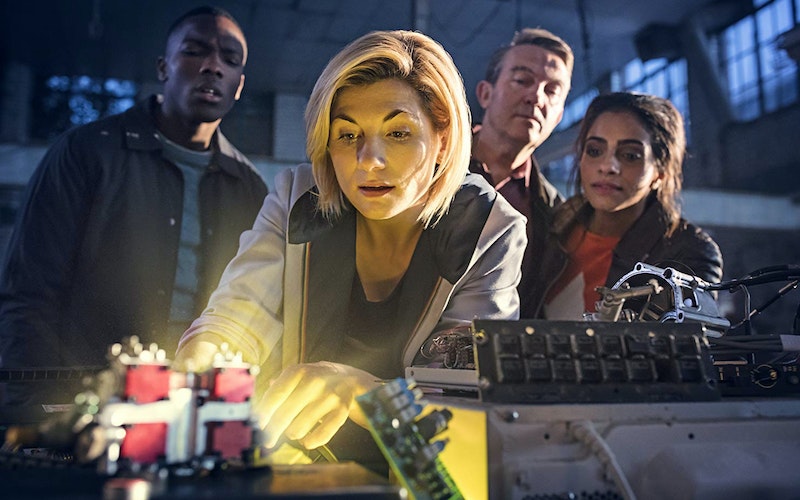