Netflix’s dark take on the Archie comic has its heroine considering a deal with the devil.

Much like Riverdale, another Archie comic book adaptation, Chilling Adventures of Sabrina strikes a decidedly darker tone than previous iterations of Archie characters. While the Sabrina of the early comics (and the late 1990s family sitcom) lived a relatively mundane suburban life in spite of her supernatural powers, 2018’s Sabrina (played by Mad Men’s Kiernan Shipka) occupies a much gloomier world full of sinister dealings. Case in point: Sabrina’s aunts Hilda and Zelda, along with her other witchy cohorts, are devout worshippers of Satan. (Yes, that Satan.)

The series’ dark themes also find expression in its visual language and aesthetic elements. Much of Chilling Adventures is cast in shadow, with spooky creatures and haunting visuals lurking in the corners of the frame. On the other hand, even while the series wades in the darkness, it also pops with color: Sabrina’s red clothes, her lipstick, an old movie theater’s neon sign. Shipka’s performance, too, captures this tightrope walk between light and dark; in one moment she’s soft, warm, and sympathetic and in the next she’s cool and calculated. Taken as a whole, Sabrina is not just a celebration of darkness; it is an exploration of contrast, of duality. The most significant duality at this season’s narrative center? Sabrina’s difficult choices, which carry mortal (and even immortal) ramifications.

In its first few episodes, Chilling Adventures finds Sabrina on the verge of a major rite of passage: her dark baptism into the “Church of Night.” In order to formally enter into fellowship with her spellcasting brethren and sistren, Sabrina must sign her name, in blood, in the Book of the Beast, and in so doing sign her soul over to the Dark Lord himself. This degree of fealty, however, gives Sabrina such pause that she seeks guidance from her mentors and elders in the faith, who each reassure her that the Dark Lord values free will above all else (in contrast to the one they call the False God, who demands service and obedience). In choosing her allegiances, Sabrina is confronted with competing visions of freedom. Will the power offered by the Dark Lord in exchange for her soul grant Sabrina true freedom? Or will signing herself over to the authority of Satan utterly compromise her freedom?

Much of Chilling Adventures is cast in shadow, with spooky creatures and haunting visuals lurking in the corners of the frame.

Here the series brings to mind the tension between what philosophers call positive and negative liberty. Positive liberty is the unfettered autonomy (power) of the individual to do as he or she sees fit. Negative liberty, on the other hand, is a state of being free from constraint, bondage, or captivity.

In signing over her soul, Sabrina stands to gain a kind of positive liberty, as her powers may free her to exert her will upon the world. But is this true freedom? Sabrina has her doubts, as would fourth-century theologian Augustine of Hippo. Augustine argued that the post-fall human will exists in a state of bondage to sin. True Christian freedom requires that we be released from this bondage, culminating in our one day becoming unable to sin (non posse peccare). Freedom, then, is not the ability to exercise one’s fallen will, but to be cut off from sin completely. This progressive disconnect from sinfulness is what frees the human to pursue right living in accordance with God’s divine will.

If you’re an American, as I am, it can be difficult to wrap your head around Augustine’s notion of Christian freedom. American culture tends to frame freedom in strictly libertarian terms, as the ability to do whatever one wants, whenever one wants. Any impediment to our free exercise of rights and privileges is a threat to our freedom writ large. If this is our vision of true liberty, we can imagine why Sabrina might take the devil’s deal. If, on the other hand, we follow Augustine’s lead in conceiving of freedom as being freed from captivity to sin, and thus enabled to choose what is right, we understand why she must reject it.

“It is for freedom that Christ has set us free,” Paul wrote. For freedom’s own sake, Jesus came to release us from our enslavement to the powers of sin, death, and destruction— not so that we could seek selfish ends, but that we might choose God’s excellent path and “serve one another humbly in love.” In its own twisted way, Chilling Adventures of Sabrina acknowledges as much, as the show seriously interrogates whether we can ever be truly free once we sign our names over to the forces of evil and dehumanization in the world. For Paul and for Augustine, the answer is an emphatic no. For Sabrina? Tune in to find out.

Jordan Magill earned his MDiv at Princeton Theological Seminary and is a youth worker in Springfield, Ore. He blogs at jordanrobertmagill.blogspot.com. You can find him on twitter @JordanMagill. 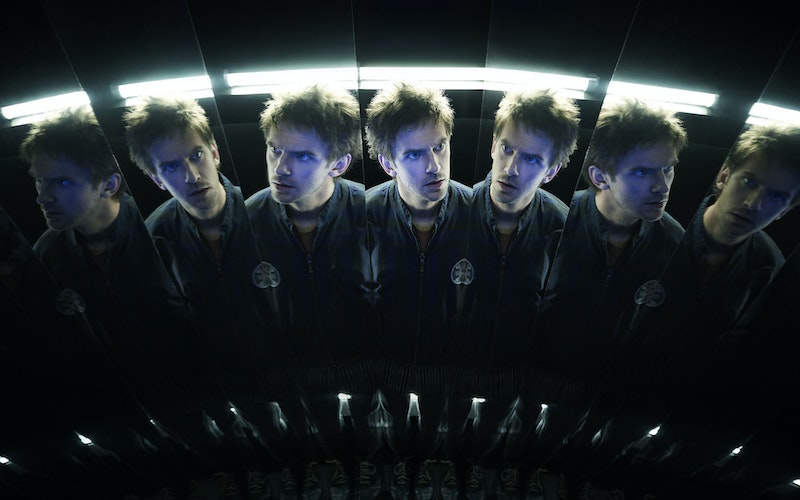 Legion and the Lies We Tell Ourselves 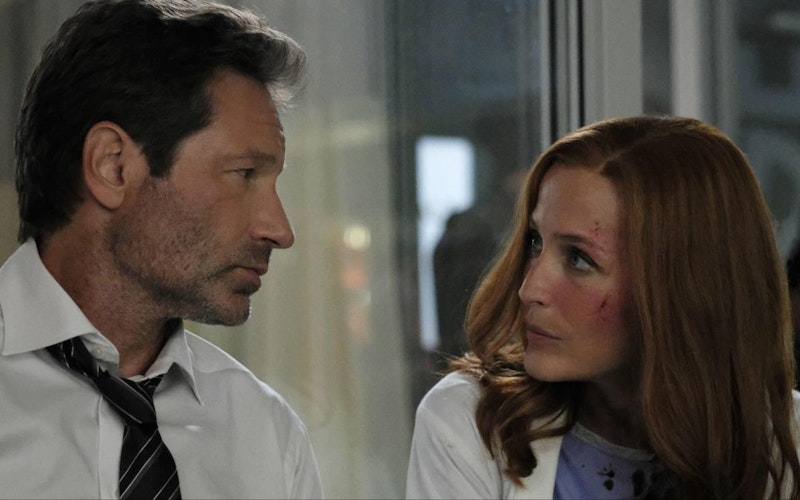 In Praise of Genre Television