Ma Rainey’s Black Bottom draws a direct line from the Bible to the blues.

“Confront the dark parts of yourself, and work to banish them with illumination and forgiveness. Your willingness to wrestle with your demons will cause your angels to sing.” - August Wilson

The result, now on Netflix, is sublime. In the tradition of the blues, which it so vibrantly chronicles, this fictionalized account of a 1920s studio recording session of a legendary blues matron resonates as a powerful, biblical lament. Infused with brilliant performances from an exceptional cast, especially the late Chadwick Boseman, Ma Rainey’s Black Bottom poignantly laments America’s greatest sins: slavery and its legacy.

One of the appealing theological features of the Reformed tradition, fleshed out by philosophers such as Calvin Seerveld and Nicholas Wolterstorff, is the belief that all art potentially functions as worship. Of course, prayer is an integral part of worship. While desires for warm and fuzzy experiences may privilege prayers of gratitude or want, looking past authentic prayers of lament ignores scripture and diminishes authentic worship. Indeed, throughout the Bible, God’s people repeatedly lament sorrows and injustices, often through beautiful and piercingly honest forms of poetic expression. Ma Rainey’s Black Bottom furthers this precious tradition of lament, expressing the sadness and oppression of its dignified characters in devastating yet gratifying melodies.

The character of Levee (Boseman), the upstart and ambitious trumpet player in Ma Rainey’s band, instigates Wilson’s powerful prayer of lament. Nobody writes better monologues than Wilson, and he gifts us with a six-minute masterpiece midway through the film. (Spoilers ahead.) Enhanced by Boseman’s masterful acting, Levee recounts the vicious gang rape of his mother and the connected lynching of his father, both of which scarred his childhood and skewed his adult life. In the play version, Levee’s monologue prompts a fellow band member, Slow Drag (Michael Potts in the film), to break into an impromptu spiritual, perhaps the only appropriate response. Evoking Sampson, Slow Drag mournfully concludes act one of the stage play, singing, “If I had my way, I would tear this old building down.”

In the tradition of the blues, Ma Rainey's Black Bottom resonates as a powerful, biblical lament.

Listening to Levee’s painful backstory helps the audience to better understand the talented trumpet player’s fervent and violent anger towards God. Near the drama’s crescendo, Levee and his bandmate, Cutler (Colman Domingo), find themselves debating theology. When Levee exclaims, “God can kiss my ass,” the devout Cutler explosively knocks him to the floor. “That’s my God!” Cutler screams in retort. “You want to blaspheme my God!”

Several pleading and desperate passages from the psalms similarly wonder: Where are you, God? Indeed, God’s great song book brims with individual and communal laments. And in a fitting and powerful testament to his humanity, Jesus memorably prays one of David’s songs of lament while suffering on the cross.

Earlier in the film, during a lull in the recording session, Ma Rainey (Viola Davis) riffs on the blues as a medium of lament. “You don’t sing to feel better,” she muses. “You sing because that’s the way of understanding life. Blues help you get out of bed in the morning. You get up and you ain’t alone.” Powered by Davis’ smoky whisper, Ma Rainey concludes, “I try to take the emptiness and fill it up with something.”

It is fitting that a film with the “Mother of Blues” as the title character guides its audience towards the realization that suffering can be turned into art—and therefore redeemed. Perhaps listening to Levee’s story also prayerfully “fills up the emptiness.”

While I cannot claim experiential understanding of Wilson’s work in the way that my Black brothers and sisters can, I live in humble gratitude for his art. On a broad level, Wilson’s gift for telling unflinching stories about people who recklessly dream for unreachable success sings universal notes of hope and despair, as we collectively navigate and revise this fledgling experiment called America. We all personally know characters from Wilson plays.

But this universal art is also deeply specific. Perhaps now more than ever, White Americans must listen and learn from Wilson’s empathy-instilling insights into the African-American experience. Levee’s rage-filled wails for his parents amplify all too similar laments for George Floyd, Breonna Taylor, Andre Hill, and too many others. May this great playwright’s powerful lament ultimately guide all of God’s children towards understanding and acts of restoration, towards a pressing cultural mandate that Black lives truly matter. 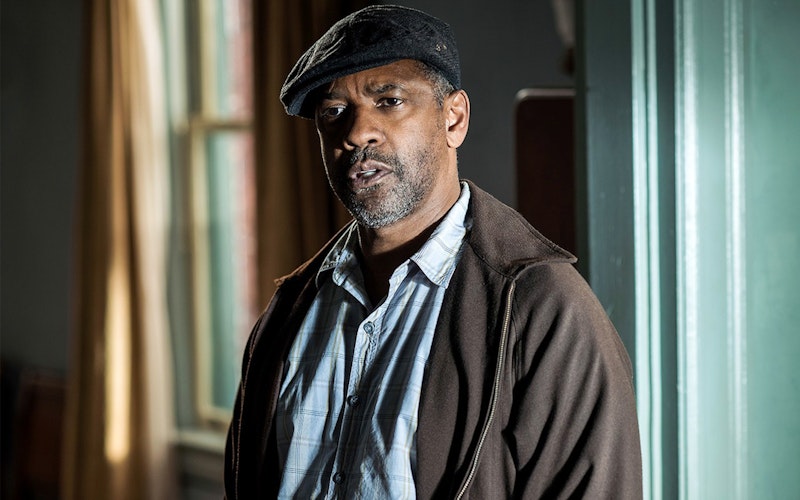 Fences: Wrestling with God for All the Wrong Reasons