The Top Gun sequel depicts a spiritual leader who still has something to learn.

As a Darkstar aircraft soars through the clouds, racing the sun, the jet’s test pilot whispers a simple prayer: “Talk to me, Goose.” Back on the ground, a crew of Navy engineers watch expectantly as Capt. Pete “Maverick” Mitchell (Tom Cruise) pushes the plane to its limits. As he reaches, then exceeds, hypersonic speed, Maverick’s friend and colleague (Bashir Salahuddin) marvels at the radar screen and mutters in reverence, “He’s the fastest man alive.”

That’s why Maverick’s been called back to Top Gun.

In 1986’s Top Gun, about naval aviators selected for an elite flight program, Maverick is a talented but reckless recruit, whose hotdogging “need for speed” puts himself and his fellow pilots in danger—notably his best friend, Goose (Anthony Edwards), who tragically dies during a failed training exercise. Racked with guilt, the brash young Maverick later risks his life to rescue a onetime rival caught under enemy fire. In doing so, he learns that the true value of his talent—indeed, his life—lies in its service to others and to the greater good.

In the long-awaited sequel Top Gun: Maverick, Maverick trains a new generation of pilots, including Goose’s son, Bradley “Rooster” Bradshaw (Miles Teller). While Maverick’s students have proven talent, they lack the practical experience needed to complete an upcoming mission: to fly into heavily armed enemy territory and strike down an uranium enrichment plant. This calls for such speed, accuracy, and luck that success relies on a series of moves referred to as “miracles.” Whether or not those miracles are achievable “comes down to the pilot in the box,” Maverick insists. And so, in addition to teaching combat skills, he seeks to develop the character, courage, and discipline of his pilots. Maverick serves as a spiritual leader for his team, as well as a flight instructor.

Like any good spiritual leader, “Minister Maverick” persistently challenges his congregation. “Today,” he says in their first session, tossing the literal rule book into the trash, “we’ll start with only what you think you know.” Maverick, who has seen actual combat, taps into that experience to train the team, outmaneuvering them in practice dogfights, taking each of them out during high-octane games of aerial laser tag. With each loss, the pilots perform their penance: 200 push-ups as they spit at the asphalt and curse themselves for falling short. As the actual mission approaches, the team remains daunted by just how seemingly insurmountable their task is, to the chagrin of their commander (Jon Hamm). “They have to believe that this mission can be flown,” he scolds Maverick. “And all you’ve managed to do is teach them that it can’t.”

This can be the problem when efforts to spread the faith are made solely from the safety of the pulpit, when spiritual leaders distance themselves from the congregation, and when the saved set themselves above everyone else. Yes, we should feel secure in our faith, but not superior. In spreading the faith, we can’t ignore or forget what it means to wrestle with belief. It’s tempting to wag our fingers and wield scripture like a weapon, to shroud God’s message in self-righteousness. But when we conflate faith with perfection, we render salvation a seemingly unattainable goal. This is the opposite of what ministry ought to accomplish. Proselytizing alone has its limits. This is what Minister Maverick must learn in order to get through to his congregation.

He does this the best way he knows how: in flight. (Spoilers ahead.)

Proselytizing alone has its limits.

First, Maverick straps himself into a fighter jet and sets out to complete the mission’s practice course. Back on the ground, the team anxiously watches while the F-18 tears across the desert, barrelling through perilous mountain passes. Whereas the earlier dogfight training leaves the team discouraged—literal targets of Maverick’s scolding—his performance on this course inspires them, proving that there’s a difference between making examples of others and setting an example yourself. When “the fastest man alive” survives the course and achieves its objective, he shows his team that miracles can happen—and how they can make them happen.

Later, when it comes time to select a strike leader among the group, Maverick takes on the role himself. Rather than leading from the relative safety of his “pulpit,” he exposes himself to the same danger as his team. In doing so, he shows them that this battle is not theirs to fight alone—that he, too, is prepared to practice what he preaches. To wit, at the height of the fray, an enemy jet zeroes in on a defenseless Rooster. In an act of sacrifice and redemption, Maverick flies directly into a fired missile to save the son of his fallen best friend. When Rooster later returns the favor, the young pilot demonstrates just how far he, Maverick, and his ministry have come. Through Maverick’s influence, his team has learned—just as Maverick did long ago—the value of a life in service to others.

The most powerful ministerial tool we have, after all, is our very lives. Not just our recitation of God’s Word, but our embodiment of its message. This includes the way we carry ourselves and, perhaps most importantly, the acknowledgement of our own flaws and our willingness to grow, even after we’ve been saved. We must recognize that sanctification is a process for all of us, shepherds and flock alike, and that stumbling is part of that process. Spiritual leadership should not only remind us of how easy it is to fall; it ought to show us what it takes to get back up.

This is a risk, of course, because it requires openness, vulnerability, and a readiness to relinquish our sense of superiority. But if we aren’t willing to put our own lives on the line for the greater good, how can we expect others to do the same? 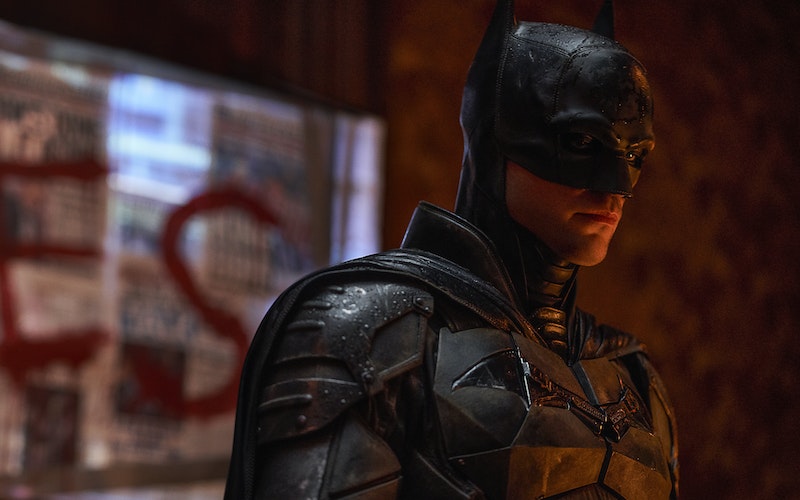 The Batman: When Vengeance Wears a Mask