Along with slow-motion scenes set to 1960s British pop and characters played by Bill Murray, another trait shared by the films of director Wes Anderson is an emphasis on community.

Moonrise Kingdom, Anderson’s latest, recently opened the Cannes Film Festival and is now working its way through American theaters. The community here is not a prep school (Rushmore) or a multigenerational family (The Royal Tenenbaums), but rather New Penzance, an island off the coast of New England. On one side of the island is Sam (Jared Gilman), a nerdy, orphaned 12-year-old member of the Khaki Scouts of North America who is enduring another summer with bullying peers. On the other side is Suzy (Kara Hayward), the exasperated 12-year-old daughter of two lawyers who live on the island year-round. Having met briefly the summer before, Sam and Suzy became pen pals and have arranged to run away together at the film’s start.

Moonrise Kingdom certainly works as a sweet, Andersonian ode to adolescent romance, especially during the scenes with the two young actors. As they're hiking, the coonskin-capped Sam throws out scouting tips as if they were precious valentines. As they drift off to sleep, the mascara-besotted Suzy reads aloud from the fantasy novels she's stolen from the library. Beyond these scenes, however, their adventure sets something larger in motion: the rending, then repairing, of this island community.

The notion of community especially resonates with Christians given the emphasis placed upon it in Scripture, from the establishment of Israel to the birth of the early church. In Living in Christian Community, Art Gish wrote that the Bible “is the story of how God in the past has been acting in history and calling people together in community to be His people.”

Too often, however, we think of Christian community as an ideal to be achieved rather than a way to live. In this envisioning, it’s something idyllic, a state of perennially perfect church picnics. The reality of community is more difficult. Both the Biblical models and Anderson’s films realize that community isn’t necessarily a happy place full of shiny people. Rather, it’s a place where broken individuals can stumble together as they seek their proper place in furthering God’s kingdom. In Gish’s words, “Commitment in Christian community is the degree to which a person has given up self-interest for the good of the larger community.”

Both the Biblical models and Anderson’s films realize that community isn’t necessarily a happy place full of shiny people.

Moonrise Kingdom is all about the people of New Penzance finding their right roles in relationship to each other, especially in the wake of Sam and Suzy’s elopement. Suzy’s mother (Frances McDormand) reconsiders the dallying she’s been doing with the police captain (Bruce Willis) and finds renewed purpose in the part of wife and mother. That captain, in turn, is moved by Sam’s predicament as an orphan to challenge the jurisdiction of a callous child-welfare worker (Tilda Swinton). Even ineffectual Scout Master Ward (Edward Norton) rededicates himself to his leadership role, to heroic results.

It’s important to note that it took the crisis of Sam and Suzy’s disappearance to instigate these good changes. Anderson’s films remind us that community isn’t really formed until folks have struggled together and endured (a recurring pattern for the Israelites). Not that this endurance is a solution. Struggle will come again, but the binds will be stronger the next time. Community isn’t a cure for melancholia in Anderson’s films – I can’t imagine one of his pictures without melancholy - but having others to walk with does offer a way of coping.

Among the motifs woven into Moonrise Kingdom is the Noah story, which Anderson stages with his usual idiosyncratic flair. Sam first meets Suzy at a production of the tale at a local church, where she is playing an elaborately adorned bird. (Given the costumes and the intricate stage ark, this congregation has a healthy drama fund.) There are also echoes of Noah in the movie’s climax, which takes place during a torrential rainstorm and ensuing flood. It reminded me that the story of Noah marks, in part, the destruction of one community and the creation of another under God’s covenant. Indeed, that covenant community is the one in which all of us – Wes Anderson characters and churchgoers alike - still struggle and live.

Josh Larsen is editor of Think Christian. He also writes about movies at LarsenOnFilm.com and is the co-host of Filmspotting. Connect with him on Facebook and Twitter. / Photo courtesy of Focus Features. 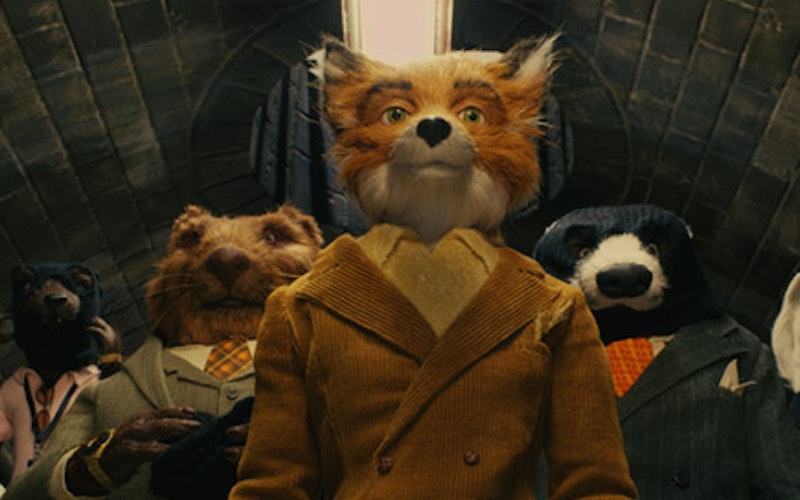