Nintendo’s popular brawler series offers an opportunity to establish a few principles when it comes to video games and violence.

When my daughter hits me hard, I don’t take it lying down. She might come at me with a sword, but I have my trusty mallet ready. If I’m lucky, I’ll pound her into the sky.

Fear not, gentle reader. I’m talking about Super Smash Bros. Ultimate, the latest version of Nintendo’s 20-year-old, wild, cartoonish, brawler series. Still, maybe those opening sentences make us uncomfortable for good reason. I am a Christian and a gamer, and while I wrote a whole book about how those two things belong together, sometimes they still appear contradictory.

Take, for example, the fact that a lot of video games feature fighting and violence. Super Smash Bros. Ultimate has both in spades. Players control different characters from an incredible range of games available on Nintendo systems. But they are only present for combat: the game consists of jumping around in some arena, trying to hit and eventually eliminate opponents. A good player (like my daughter) learns each character’s unique combat combo moves. Yet the action is so frantic and goofy that many players (like me) simply mash their controllers’ buttons until someone wins.

To be fair, none of the Smash Bros. games are gory in any way. There’s no blood or flying bodily fluid; the action happens so fast that there’s no lingering on the damage delivered by hits. But there’s also no question that it’s primarily about fighting, hitting, and knocking out your competitor. And it’s so fun.

So there’s where we start running into some questions. When I read the New Testament, I don’t see anything glorifying violence. Paul uses a military metaphor when he talks about the armor of God, but it’s quite clear he is talking about spiritual combat. The only instance we have of Jesus engaging in anything like violence is the cleansing of the temple, but honestly, figuring out the meaning of this apparently discordant moment in his ministry is tricky, and I have long firmly believed that it provides no justification for violence. Indeed, when Peter directly engages in political violence, Jesus rebukes him. Everything about the gospel speaks of love and turning the other cheek. Where does bloodsport fit in? And more broadly, where does competition come into play?

And yet, as a gamer, I know how enjoyable a good competitive game can be. League of Legends, Fortnite, Starcraft, and Company of Heroes are just a few of the competitive games I’ve enjoyed that feature war or violence. None of these are particularly bloody, but in each case, I win by defeating my enemy in some kind of martial activity. I fight strangers and I fight friends. Not every match is fun—in fact, like any game or sport, some rounds can be pretty miserable for a variety of reasons—but overall, there’s enough joy to keep me coming back.

Games like these are challenging, pitting my wits and reflexes against another competitor. And it may surprise non-gamers how this can be the basis of strong friendships and community. I recently spent a weekend hanging out with friends I only know from gaming. One of our students at my university just made a short documentary about the great Super Smash Bros. Ultimate tournament someone organized this spring; all the participants were gushing about the fun they had and the friendships they forged, often with complete strangers.

So how do we put these two things together? Does the Christian tradition condemn combat as entertainment? Is the apparent enjoyment of fighting only the result of our corrupted nature?

When I read the New Testament, I don’t see anything glorifying violence.

Anyone who has ever read my writing about playing games from a Christian perspective knows that I’m not a big fan of hard and fast lines, where this kind of game is declared OK and that kind is condemned. It seems to me that the same thing in different contexts can have different effects. Instead, I prefer to talk about principles that help us in our discernment.

To start with, competition is not an inherently immoral thing. Again, when Paul urges us to run the race, it’s a metaphor, not a literal endorsement of athletics. But there’s nothing in the Bible that suggests friendly rivalry is inherently sinful. Where competition runs into problems is the end that people direct it towards. We can enter a contest with a selfish spirit, as when we seek to defeat others in order to please our own ego. We can enter a contest with a cruel spirit, as when we seek to embarrass or intimidate others. Or we can enter a contest as a healthy test, where we seek to win in order to strive to improve. This is an attitude that does not prevent others from playing well. A will to win is not the same thing as a will to belittle or hurt. When we compete, we can very healthily spur each other onto greater things.

But, we might ask, can we not have healthy competition without direct combat? A race around a track ideally doesn’t involve any physical contact. Could we not limit our sports, our board games, our video games to a similar kind of competition? A basketball player tries to stop the opposing team from scoring. Chess requires taking the other player’s pieces. Any Smash Bros. game requires me to hit my opponent. Perhaps we should simply avoid any such competition.

This brings us round to one of the fundamental elements of a game. Many scholars have noted that games are artificial and that people participate in them voluntarily. When an activity has real-world implications, it’s not really a game any more. The line is a bit fuzzy: if I get upset at my daughter during a round of Super Smash Bros. Ultimate (she is, after all, much better at it than I am), that can have real-world consequences. But by and large, games are a different category of activity than non-games. We play games because they are relatively safe. I think that’s the key. Competition and conflict in a game have a different character than outside of a game. It’s a special kind of play-acting. The players understand they’re not literally smashing the innards out their opponent.

From my perspective, though, this doesn’t justify any and all actions in games. For one thing, some games are so graphically disturbing that they celebrate depictions of gore, pain, and suffering. I’m not sure if that easily squares with the gospel. It’s not the real thing, but it’s still not healthy. Similarly, competitors can get so wrapped up in this competitive play-acting that they have a hard time separating from it. I will be the first to admit that I can pout after losing an intense game. And the negative reaction can be far more painful, with players sometimes treating other competitors in an unsportsmanlike or downright hostile manner. “It’s just a game” doesn’t always cut it as an excuse.

But to close off a legitimately joy-filled activity because it can at times be ruined by our fallen instincts is like saying we should never bake because sometimes we burn the cookies. Done right, my Super Smash Bros. Ultimate sessions with my daughter are opportunities for father-daughter bonding—even if her Link routinely beats the snot out of my Kirby. 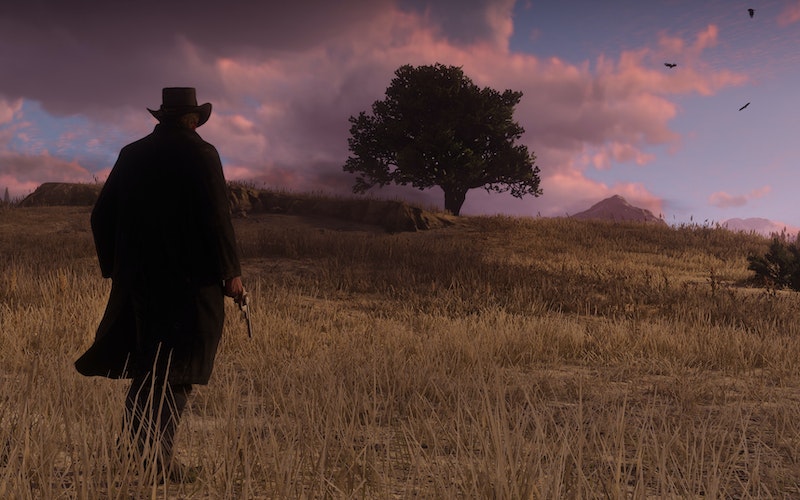