I recently heard a pastor summarize one accomplishment of the atonement in a basic outline: A good king watches his people leave his kingdom for the lies of a rebel who only enslaves them. The king’s son, however, defeats the rebel and restores the kingdom.

As he spoke, I thought, “Huh. That’s the story of The Lion King!”

Of course, this is the boiled-down plot of many of our legends, stories and movies. But while this tale of a restored kingdom echoes through so much fiction, one chapter is often truncated or missing: our current era, between the comings of Christ. We are in the gap between Jesus’ victory and the complete fulfillment of His kingdom. I love the common description in Christendom that says God’s Kingdom is both “now” (because Satan is defeated) and also “not yet” (as we await Christ’s reign).

Surprisingly, this “now and not yet” kingdom is exactly where Snow White, Little Red Riding Hood and Rumpelstiltskin currently reside on ABC’s Once Upon a Time. The first season of this fairy-tale remix was all about a besieged kingdom in need of a savior. Christianity Today put it like this: “The show’s characters, all from popular fairy tales, live in a world without happy endings because they are all under a curse (echoes of Genesis 3).” In the season finale, a savior (with a John the Baptist-like little boy preparing the way) broke the curse, freeing it from the grasp of an evil queen.

This “now and not yet” kingdom is exactly where Snow White, Little Red Riding Hood and Rumpelstiltskin currently reside on ABC’s Once Upon a Time.

But things are not quite happily ever after. Not yet. This season, we’ve discovered that when the curse was lifted, the characters did not return to their restored perfect kingdom (the enchanted forest). The power over them was broken; they’re no longer Matrix-like slaves in a “world that has been pulled over [their] eyes to blind [them] from the truth.” They now remember who they are and know there is more than what they see around them. But they are not truly home. Their enchanted forest kingdom is both “now and not yet.”

And so, Once Upon a Time has a vibe this season of the current church era: groups of awakened sleepers spreading the good news, practicing the love that saved them and watching for their fully realized kingdom to come. These fairy-tale characters are also struggling with the relatable tensions of how now to live. They are surrounded by harsh brokenness and evil, but they want to live for something more and must figure out how.

Interestingly, this idea of living differently in a harsh and broken world is something of a trend on television right now. On Fringe, characters from today have suddenly awakened in a future time of tyrannical rule where they are beacons of compassion, mercy, faith and love among those hardened by 15 years of pain and injustice. On Last Resort, military personnel exiled by their own country wrestle with questions of truth and authority in a world which makes no sense.

It seems as if characters across networks (from Revolution to The Walking Dead) are weekly reminding each other to live differently and to stay true to who they really are in the brokenness. Is this a coincidence or a mass reaction/reflection of our times, frustrations and angst?

Whatever the case, these shows - Once Upon a Time especially - demonstrate a longing and an anticipation. As Hebrews 13:14 says: “For here we do not have an enduring city, but we are looking for the city that is to come.”

Todd Hertz (@ToddHertz) is the General Editor of The Quest Study Bible for Teens and media critic forChristianityToday./ Photo courtesy of ABC. 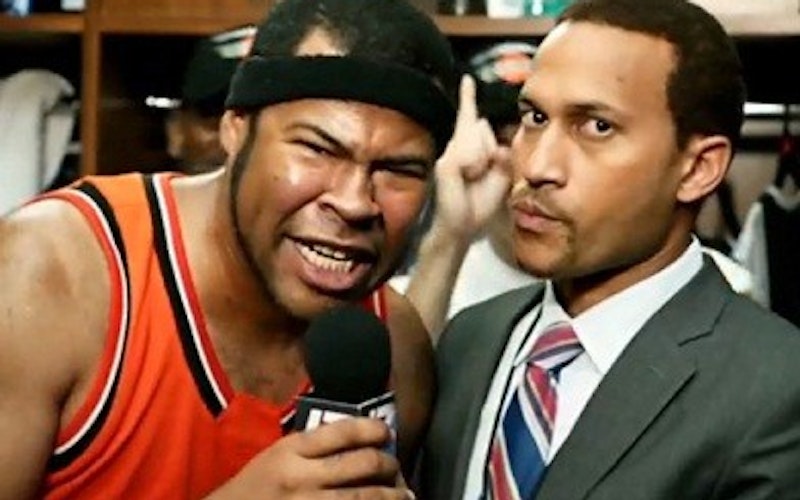