NBC’s new science-fiction drama Revolution has its flaws, but the show still shares many of the traits that make me a sucker for post-apocalyptic novels, films and television series. Created by Eric Kripke (Supernatural), produced by J.J. Abrams (Alias, Lost, Fringe, Star Trek), with a pilot directed by Jon Favreau (Iron Man), the series premiered earlier this week with high expectations.

The show is set 15 years after a mysterious event caused everything powered by electricity to stop working. If you’ve watched the trailer, you’ve seen the dramatic portrayal of lights going out as the camera zooms further and further out, first through a neighborhood, then an entire city, then across the entire Earth.

Fifteen years later, society has radically changed. The United States government has collapsed, suburban neighborhoods have been transformed into agricultural villages and guns have been largely replaced by bows and arrows. The pilot follows a teen girl named Charlie (Tracy Spiridakos) as she seeks out her uncle for his help in rescuing her brother from the local warlord, whose men have killed her father. The late father and lost uncle also know something about whatever caused the blackout, setting up an ongoing mystery for the series.

The show is not perfectly executed. The post-electrical future appears to have regressed to medieval-era agriculture and technology, even though much of the Industrial Revolution (trains, mass production, large-scale agriculture) predated the widespread use of electricity. The father and uncle who have supposedly been in hiding for 15 years are found quite easily early in the show, which ends with a twist so large that I have to wonder about the series’ pacing. Set in Chicago, but filmed in North Carolina, the show also missed the opportunity to spend any time in the urban sprawl absent of electricity, running water or easy transportation.

Ideally, once my imagination is engaged, the rest of my body and mind will follow, helping me be a better steward of God’s world and a better neighbor to God’s people.

Nonetheless, I’m sure I’ll watch a few more episodes before making a final judgment. Why do I love such novels, films and televisions about the remnants of civilization? Do these have anything to teach me as a Christian?

For one thing, they remind me to be thankful and to be a good steward of the culture and technology I so easily take for granted. In Orthodoxy, G.K. Chesterton writes that Robinson Crusoe reminds us that “everything has been saved from a wreck.” In Revolution, Charlie keeps a secret stash of children’s things - a lunchbox, a Rubik’s Cube - that we would throw away without a moment’s thought. To her, though, they are treasures from a lost world. Chesterton calls it a “good exercise” to imagine how valuable “the coal-scuttle or the book-case” might be if saved from a wreck. His wonder at the world becomes “the seeds of doctrine.”

Such post-apocalyptic narratives also remind me of the Biblical commands to work the land and love my neighbor. My working life involves fairly abstract activities: writing at a computer, reading at a computer, moving pixels from one place to another. And, while I see people in need every day, the help I provide to them is abstract, too: donating money to my church and nonprofit organizations. In post-apocalyptic fiction, the abstractions of modern society are swept away. Historical fiction has some of the same attractions. Ideally, once my imagination is engaged, the rest of my body and mind will follow, helping me be a better steward of God’s world and a better neighbor to God’s people.

I also appreciate how these stories explore human nature, identity and relationships at the most basic levels. Without a title, career and social trappings, who am I? What do I stand for? The best works of this genre deal with these themes. In The Road, Cormac McCarthy follows a father trying to teach his son to carry on “the light” in a world full of darkness. P.D. James’ Children of Men explores how people would react if human extinction seemed inevitable. In John 8, Jesus says that we are either children of God or children of the devil. Both Stephen King’s The Stand and George Miller’s Mad Max films contrast groups of survivors brought together for good and for evil, illustrating the division described by Jesus.

I don’t know if Revolution will find its footing and fulfill the promise of its creative team. Even if it doesn’t, though, I won’t have to wait long for the next apocalypse. 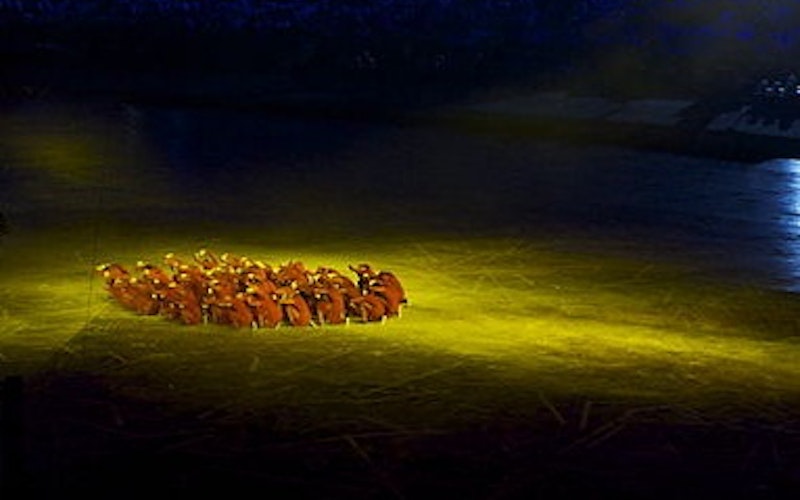