The protagonist of this anime series impacts others through kindness, not intimidation.

No billowing capes or superpowered punches fill the first minutes of the anime series One-Punch Man’s Season two. Instead, protagonist Saitama is out shopping for toilet paper and shampoo. He’s stark bald and wearing a tacky t-shirt patterned with the Japanese word for “hair.” This humble opening captures the layers of comedic irony at the heart of One-Punch Man. Saitama, a low-ranking hero with the uninspiring name Bald Cape, is actually the world’s strongest man, capable of sending monsters into the stratosphere with a single punch.

Contrasting with the typical portrayal of superhumans, heroes in One-Punch Man are a dime a dozen, and heroism is a fast-track to fame and fortune. The government-run Hero Association keeps a National Superhero Registry that ranks heroes based on public perception, ensuring only the most attractive or imposing figures hold any status. As a result, heroes often see their superpowered peers as bigger threats than the city-razing monsters, and the very concept of superheroism becomes a platform for arrogance, prejudice and isolation.

Many heroes in the world of One-Punch Man struggle to maintain an illusion of strength while straining under hierarchical pressure. It’s satirically fitting, then, that Saitama—the only omnipotent character—goes nearly unacknowledged, often allowing other heroes to take credit for his landslide victories. Because he’s a “just a hero for fun,” Saitama lives a counter-cultural lifestyle of humility, which paradoxically makes a larger impact on those around him than his all-powerful punches.

While it would be a stretch to consider Saitama a messianic archetype like many of his Western counterparts, his sincere interactions with others brings uncanny parallels of Jesus’ ministry to mind.

Christ did not proclaim his message from a lofty throne, nor did he don the garb of the religious or royal hierarchy to sway the masses. His approach was personal and unbiased. Women sat at his feet among his male disciples during a time of strict gender segregation. Individuals whom society had dehumanized through labels—tax collectors, adulteresses and thieves, among others—found true recognition, transformation and equality in Christ. The church became the only place in the Roman Empire where slaves and masters alike could fellowship together.

Humility is one of Christ’s most definitive characteristics, not just because he “made himself of no reputation,” but because he approached people in their natural environments: the dinner table of the chief tax collector, or a public well during the hottest hours of the day.

Humility is one of Christ’s most definitive characteristics, not just because he “made himself of no reputation,” but because he approached people in their natural environments

In One-Punch Man, Saitama’s humility has a strong impact on King—a stone-faced, scarred, giant of a man who has his own action figure and legions of fans screaming for his autograph. In society’s eyes, King claims Saitama’s place as the world’s strongest human. In reality, however, King has taken credit for Saitama’s victories to gain higher status and relies on his intimidating presence (and hiding in public restrooms) to avoid fights with monsters. Trapped by his own false identity, the real King becomes invisible. Heroes and civilians alike can’t see past his public persona or hear the truth within his words when he tries to confess.

Saitama is neither intimidated by King, nor challenges him to a test of strength. Instead, he asks him to play video games—King’s true talent—symbolically putting himself below King’s skill level. For the first time since King began his phony heroics, he has an honest conversation with someone. In this situation, I can’t help but see an echo of Christ telling the Samaritan woman at the well, “Give me a drink,” leaving her not only baffled by his disregard for her social status but also opening the door to a soul-deep conversation.

When a monster-bird barges its titanic head into King’s room, forcing Saitama to dispatch it while King cowers against the wall, the fake hero finally confesses the truth.

“Come on, God, give me a break,” King begs. “I’m basically nothing but lies.”

Surrounded by the falling feathers of his obliterated foe, Saitama acknowledges King’s confession. Without even a hint of justified anger toward the man who stole his title as “world’s strongest,” Saitama asks, “You okay?”

The image focuses on King’s eyes as they widen in realization. A long-forgotten flashback, framed by a blurred vignette, reveals King’s first encounter with Saitama years ago, when the then-hairy-headed hero saved King from a monster’s claws at great personal cost. As King looks up at his bleeding savior, silhouetted against the sun in shredded clothes, he can only stammer that Saitama is hurt. In one of the anime’s most poignant moments, a transition merges flashback Saitama into present, bald Saitama, who stands in the destroyed apartment, similarly framed by sunlight. Gone are Saitama’s vacant stare and beady eyes. They are replaced with the steady gaze of omnipotence incarnate—for the first time, King sees Saitama as he is.

“This is nothing,” Saitama says. “Today is a great victory.”

Victory over monsters past and present? Certainly. But the implied double-meaning that brings King’s scarred face to tears is that, to Saitama, the real victory is the connection he has forged with King. Later, King joins Saitama alongside other heroes personally impacted by his counter-cultural lifestyle. While the government’s Hero Association struggles to assemble enough heroes willing to work together against an apocalyptic threat—even hiring criminals as a last resort—Saitama is quietly uniting a force of powerful people. One by one, heroes set aside their self-serving agendas in exchange for the harmony found within his Saitama Group.

In Romans 12:16, Paul challenged the church to use Christ-like humility as a tool for connecting with others—especially those of “low estate”—amidst a status-obsessed culture. Through One-Punch Man’s satirized lens, we’re given a glimpse at the all-too-recognizable faces of social outcasts in the modern era, including people like King who identifies as a “29-year-old unemployed otaku (geek) and antisocial loser” behind closed doors. To paraphrase Tertullian: “What hath One-Punch Man to do with Christianity?” Both feature icons who point to a better, more selfless, more redemptive way of living by building restorative relationships. Saitama embodies the Christian call to create a bridge of empathy between isolated, struggling, broken people and an omnipotent savior—one punch of humility at a time. 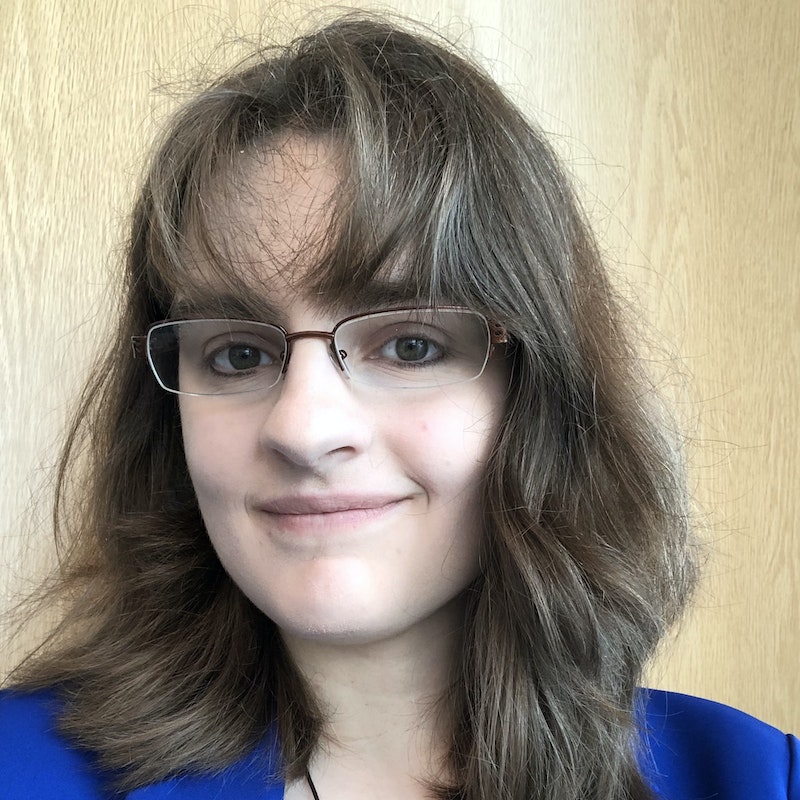 A lifelong writer and geek with a BA in Human Communication, Casey L. Covel's publication credits include Geeks Under Grace, Geekdom House, Zelda Universe, KHInsider, Beneath the Tangles, and the iCosplay Magazine. She also served as a lead editor for the Mythos & Ink publication Thy Geekdom Come: 42 Fandom-Inspired Devotionals.