The reunion special reminded us that connection — both emotional and spiritual — is still possible amidst COVID-19.

Parks and Recreation ended in 2015 with a glimpse into the future. Speculating about what’s in store for our favorite residents of Pawnee, Ind., the series finale correctly predicted the ubiquity of social media, as well as a “financial crisis” sometime around 2022. Restaurateur Tom Haverford (Aziz Ansari) is forced to shut down his chain of bistros in 2020, because “who could have predicted that the country would run out of beef?” Indeed, there’s a lot about 2020 that none of us could have predicted.

In response to the COVID-19 crisis, the cast of Parks and Recreation reunited for a televised special last week to raise money for Feeding America. This was a treat for fans who have subsisted on reruns of the sitcom since it ended. The special takes place during our current lockdown and centers on the ever-ambitious Leslie Knope (Amy Poehler) rounding up her fellow Parks Department alumni via a video phone tree as they each cope with quarantine in their own way. We also reunite with some of Pawnee’s most memorable citizens, including city councilman Jeremy Jamm (Jon Glaser) and perfume magnate Dennis Feinstein (Jason Mantzoukas), who is peddling his latest product: “Miracle Cure, the Virus-Killing Fragrance.”

And yet for all the familiar faces, there was something . . . different about this special. After all, the characters were in quarantine because the actors are in quarantine. The most glaring result was the scattering of beloved couples like Leslie and husband Ben (Adam Scott). Excuses were contrived to explain the separations, and while it was fun to watch goofball Andy (Chris Pratt) locked inside his own shed, it was sad to see him separated from wife April (Audrey Plaza). It was also sobering to recognize the real-world reason why they were apart.

This pandemic has halted all of our lives in some way. Many of us are holding meetings, teaching, and taking classes from our home computers. Following suit, houses of worship have been offering streamed weekly sermons as they shut their physical doors. For many, there’s no substitute for dressing up, gathering with familiar faces, and feeding off the energy of the choir. Furthermore, in-person services confirm our worship, as we surround ourselves with like-minded people openly professing our shared faith. The loss is significant.

There’s a lot about 2020 that none of us could have predicted.

At the same time, it’s worth remembering Jesus often stressed the private nature of worship. In Matthew 6, he says to “be careful not to practice your righteousness in front of others” and to give to the needy without announcement. He assures that God “sees what is done in secret.” The same goes for ritual fasting. “Do not look somber as the hypocrites do,” he says, “for they disfigure their faces to show others they are fasting.” And in prayer, we ought to eschew “standing in the synagogues and on the street corners to be seen by others.” Instead, we are told to retreat to our rooms and pray behind closed doors. What better time for such practices than now? This is not to say that once the lockdown is lifted, we ought to avoid church gatherings all together. But we need not wait until that day to carry out genuine acts of worship.

Yes, the familiar sights and sounds of church bring us comfort. We come to depend on the minister’s sermon to prepare us for the coming week. We look forward to taking our usual seat in the pews, surrounded by the same folks in their same Sunday bests. But there is also meaning to our church experience beyond the ritual and routine, beyond the “costumes” and “sets.” Church has to be about more than the production.

The Parks and Rec special also had to get by without the usual production. It was easy to be taken aback by how unfamiliar some elements were. Ben’s atypically long locks, Jamm’s homemade mohawk, and Dennis’ epic beard reminded us that the show’s regular hair stylists (and barbers in general) are simply unavailable right now. A noticeably low-energy Leslie reminds us that both she and Amy Poehler are exhausted parents thrust into 24/7 childcare. The absence of multiple cameras and the show’s hallmark cutaways to reaction shots remind us that these performers are working from home, just like many of us, using their own computers to deliver some semblance of business as usual. Perhaps the show fell short of providing us with an escape from reality, yet—like church—escapism was never the show’s primary goal. Just as Leslie’s gathering of friends reminded them of the community of which they were a part, church—online or in real life—reminds us of who we are, and to whom we belong.

Also like church, Parks and Rec showed us the type of people we could aspire to be in real life: generous, hard-working, funny, loyal, and kind. The show taught us how to be ideal co-workers, friends, and spouses. (I may have proposed to my wife following the episode where April and Andy get married.) The reunion special succeeded in accomplishing the same goals as the show, without being propped up by decorative TV magic. It’s the message behind the magic that’s always touched us, that gives the production meaning. It’s the reason why we love it and we like it, and why we keep coming back. 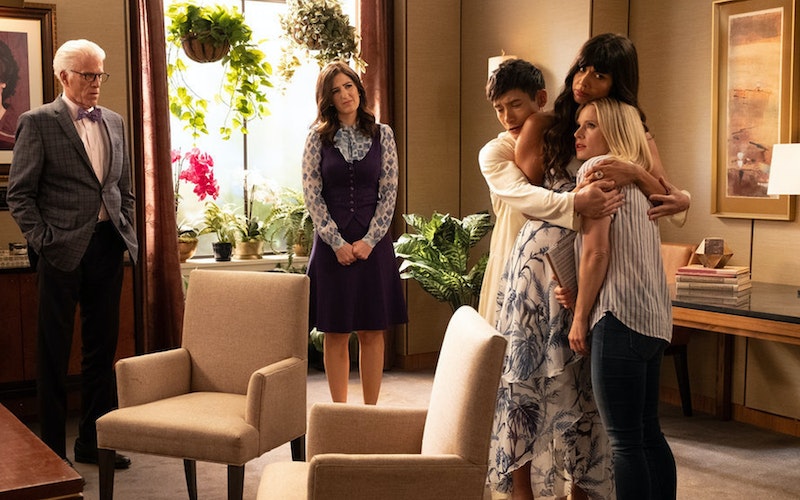 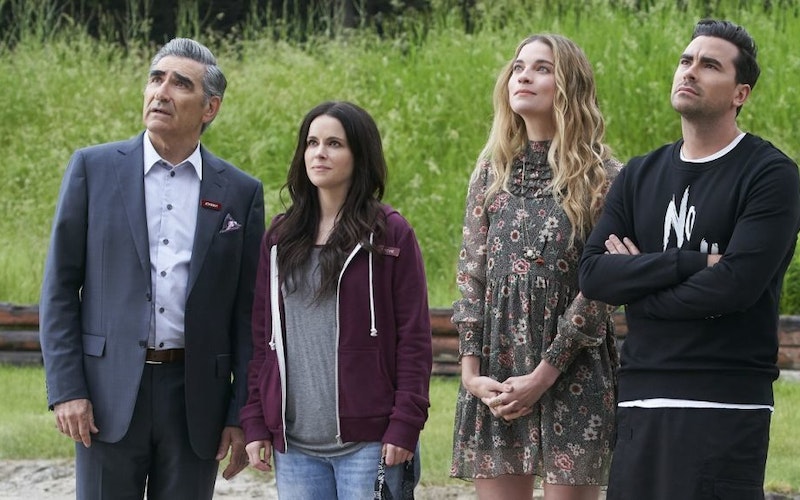