New arrangements of Simon's songs reflect our own journey of personal and spiritual growth.

“I need a photo opportunity. I want a shot at redemption. Don’t want to end up a cartoon in a cartoon graveyard.”

These lines from “You Can Call Me Al,” Paul Simon’s 1986 Chevy Chase boogie, might as well speak for the songwriter’s many alter egos.

Consider the weary pilgrim who “walked off to look for America” or “Duncan,” who craves simple human kindness. Listen as Simon bounces into “Graceland,” desperate to end all the “falling, flying or tumbling in turmoil” after his divorce from Carrie Fisher. Characters in Simon’s story-songs either seek a second chance—or try to figure out what to make of the one they just received.

On his latest record, In the Blue Light, substance becomes structure as Simon takes another pass at slivers of his catalog, deep cuts which deserve second chances of their own. Simon takes his second drafts a step further, giving collaborators such as Wynton Marsalis, Bill Frisell, The National’s Bryce Dessner, and vanguard chamber group yMusic their say about what he got right the first time, the points he missed and who he’s become.

In the Blue Light casts a realistic vision for change, one self-aware Christians will recognize and see themselves in. Knowing we serve a God of second chances, we hold two realities in tension: we have a great deal of growing up to do, individually and corporately, but our end is sure.

Tracks here range from subtle variations to dynamic departures. “One Man’s Ceiling is Another Man’s Floor” remains a brassy, no guts-no glory stomp but sounds blurrier, a touch more desperate and discordant.

“Can’t Run But” shifts the heavy lifting from shimmering percussion to strings and winds, sounding as much like Paul Thomas Anderson as Paul Simon. An album highlight, the track reaches a mournful, enveloping place. At age 77, the refrain “I can’t run but I can walk much faster than this” takes on a gravity it just couldn’t possess when Simon first sang it at 49; yMusic sounds like it’s racing him to judgment day.

Thirty-eight years after its debut, “How the Heart Approaches What It Yearns” evolves from an understated slice of Nashville soul into a New York torch song—complete with romantic trumpet and rippling piano—and accesses a wholly other dimension of desire.

The change God works out in us feels painfully slow. But gaze back a month, a year, a decade ago, and we see his efforts—and our own, fueled by the spirit—taking effect. We love our sin less, and cling tighter to Christ.

In the hands of lesser artists, a record like In the Blue Light might sound like spinning wheels. For Simon, it represents an act of faith—that his material is strong enough to withstand more than one interpretation. The record also showcases complete trust in the through line Simon has submitted all along: we are works in progress.

Simon no doubt feels the freedom which comes from safety. Secure in the respect he’s earned—and instincts he’s honed—over more than 50 years as a recording artist, he can fall, fly, tumble, and change without fear of alienating his audience or losing the plot.

Christians often express frustration at their rate of spiritual growth, at a seeming inability to beat the same sins. We appreciate the first half of Hebrews 10:14, which tells us that, in Christ, God sees us as perfect. Yet the second half gives us trouble, revealing we still “are being made holy.” The gap between our eternal identity and who we are right this minute feels wider than we’d wish.

The change God works out in us feels painfully slow. But gaze back a month, a year, a decade ago, and we see his efforts—and our own, fueled by the spirit—taking effect. We love our sin less, and cling tighter to Christ.

As Christians, our lives and doctrines might diverge dramatically between seasons, or might take on a slight new inflection as time and experience bend us into shape. Simon still sounds like himself, and we largely will too. God burns away what harms us to reveal the true selves he designed before time. Our strengths will show through our humanity as the scales of sin start falling away.

Freedom to engage in this perpetual becoming springs from a more abiding sense of safety. Our security rests on the promise that Christ, the perfecter of our faith, will complete the work he started in us, regardless of our mistakes, the pace we keep or the number of times we learn the same lesson over again.

The poet Mary Oliver once wrote, “Things take the time they take. Don’t worry. How many roads did St. Augustine follow before he became St. Augustine?”

In the Blue Light is the sound of an artist retracing his steps to examine his growth and experience new degrees of vitality. Paul Simon seems unafraid to take a few more roads to become Paul Simon. Christians can benefit from his sojourning approach to life, knowing we are works in progress and will end up exactly where God wants us. 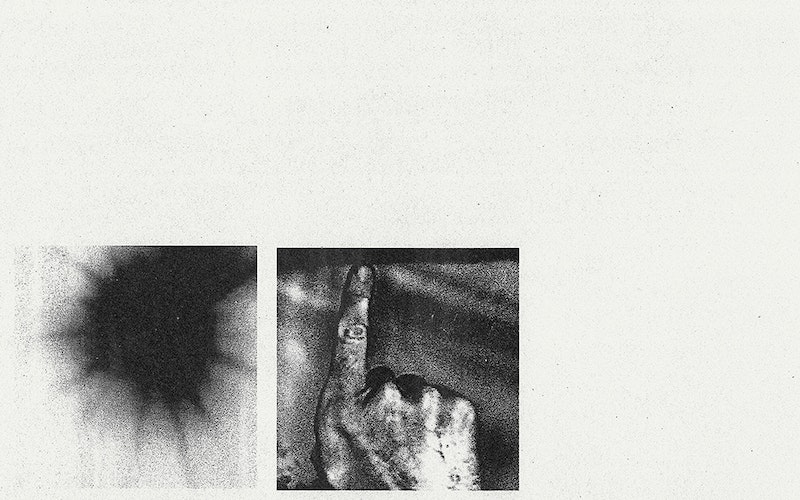 Nine Inch Nails and the Urgency of Repentance