An album about an odyssey, Trench echoes the Christian struggle to live in the now, but not yet.

After Twenty One Pilots’ meteoric rise to the top of the charts in recent years, culminating with 2015’s triple-platinum Blurryface, lead singer and songwriter Tyler Joseph went quite literally underground into his basement studio for over a year. He came out with Trench, a 14-track odyssey that has its genesis, according to Joseph, in the titular character of their 2015 hit album.

Blurryface was initially conceived as a mirror, a window into our souls that revealed the things we don’t like about ourselves—insecurity, depression, and mental illness. As Joseph watched “the Clique” (the name given to the band’s core fans) explore the character, however, his perspective shifted: “I realized that it’s all about jurisdiction. There’s certain places that I’ll be, mentally or physically, where [Blurryface] has jurisdiction. If I can try to stay away from those places, he starts to lose a little more of a grip and control of me.”

This sense of place led to the concept behind Trench, which is something of a “geographical play.” The imagery for the album and its accompanying music videos are detailed and deep, encouraging extensive analysis. Essentially, the narrative of Trench deals with the transition out of a place of death and darkness toward something better. The direction Joseph is going is not defined, except to say that he is leaving something bad behind and starting a journey. As usual, the genre-bending musical ideas that mark this leaving are unique to Twenty One Pilots.

The bass-driven progressive rock opener “Jumpsuit”—along with tracks like the slick “Levitate,” the reggae-inspired “Nico and the Niners,” and the haunting “Banditos”—directly reference the imagined world of Trench, in which Joseph and a group of fellow rebels struggle for freedom. Joseph’s relationship to his music is the subject of songs like the hook-laden “Chlorine” and the weird and wonderful techno-beast “Pet Cheetah.” Peppered throughout are explorations of the importance of community in the journey, like “My Blood” and “Legend.” In Trench, community makes escape from death and oppression possible.

In the whirlwind of creative energy that is typical of a TOP album, one song centers the narrative (literally and figuratively): the slow-burning “Neon Gravestones.” Amid rippling synths and a ballad-style piano, Joseph takes a moment to speak directly about something he has referenced for some time: suicide. He points out the glorification of it in our culture, particularly the idea that suicide could be chosen as a way to achieve legacy or receive praise:

What's my problem?
Don't get it twisted
It's with the people we praise who may have assisted
I could use the streams and extra conversations
I could give up, and boost up my reputation
I could go out with a bang
They would know my name…

Joseph has talked about “Neon Gravestones” as one of many angles of approaching the difficult subject of suicide: “I think at some point, ‘We hear you and we are here for you and we understand you’ … There’s a point where that doesn’t help. And what’s the opposite of that? That’s a challenge to step up and defeat something. To win.”

Joseph suggests that hope and encouragement might be found in cherishing long lives that have been lived well. In “Neon Gravestones,” he sings:

Maybe we swap out what it is that we hold so high
Find your grandparents or someone of age
Pay some respects for the path that they paved
To life, they were dedicated
Now, that should be celebrated.

Trench deals with the transition out of a place of death and darkness toward something better.

With Trench, Joseph has constructed a pilgrimage out from slavery and death and upward toward a hoped-for but unseen end. Along the way he points to a “cloud of witnesses” that have already made that pilgrimage. Our Christian life is similar, as we’re reminded in Hebrews 11:

“All these people were still living by faith when they died. They did not receive the things promised; they only saw them and welcomed them from a distance, admitting that they were foreigners and strangers on earth. People who say such things show that they are looking for a country of their own. If they had been thinking of the country they had left, they would have had opportunity to return. Instead, they were longing for a better country—a heavenly one. Therefore God is not ashamed to be called their God, for he has prepared a city for them.”

The true home we long for has been assured to us through Christ’s death and resurrection, but it is not available to us yet. We long for it on the basis of our faith and the faith of saints who have gone before us. In the meantime, we are “in between” a place of death and a place of life. We are in Trench.

The album’s final track, “Leave the City,” lingers on this resolve to live and finishes with a resigned hope:

In time, I will leave the city
For now I will stay alive...
Though I’m far from home
In Trench I’m not alone
These faces facin’ me,
They know, they know what I mean.

Twenty One Pilots does not provide easy answers, but the band’s music reminds us that we are not alone, no matter what form of discouragement, depression, or death we are experiencing. Trench recognizes the sorrows of this city, while also looking ahead to the one that has been prepared for us. We are in Trench, but not for long. 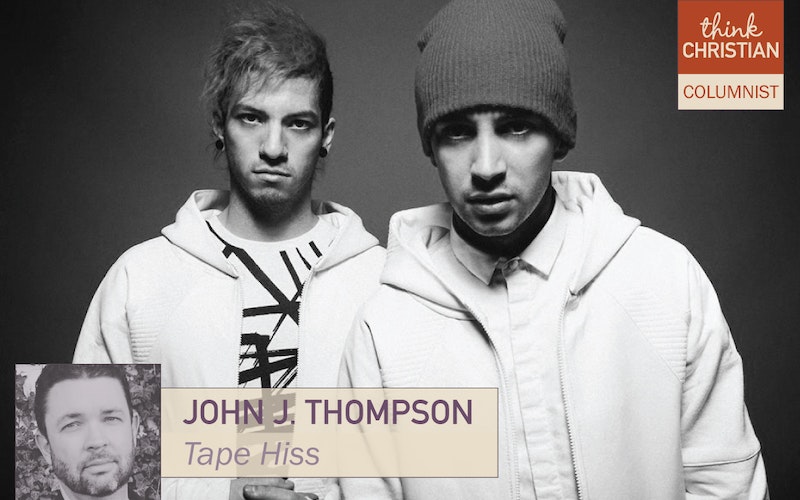 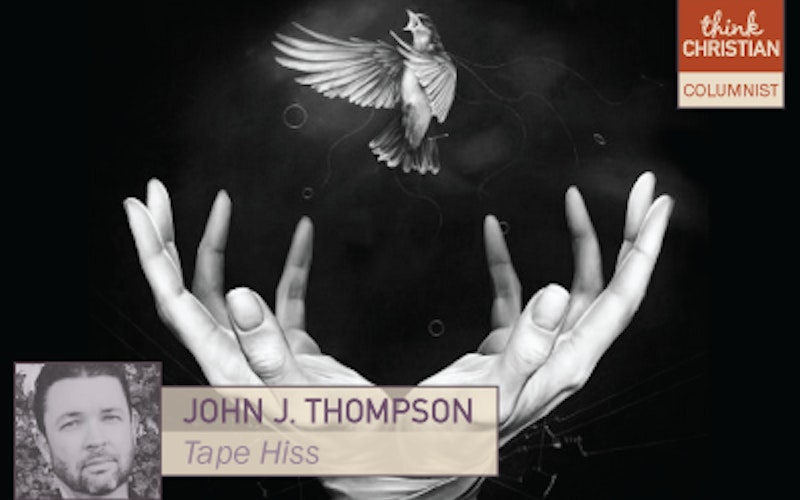