Discipleship, the J. Cole song suggests, means being “little bro and big bro all at once.”

In his latest single, “Middle Child,” J. Cole wrestles with the intermediate space he occupies in the rap game. He is not among the elder statesmen, but he is no longer a young gun either. The song is about his position in hip hop, but it's also a meditation on discipleship: what it’s like to be both a Paul and Timothy all at once.

J. Cole begins by thanking the “OGs,” those rappers from previous generations who paved the way for those coming behind. He raps of copying their cadence and mirroring their style. J.Cole now has his own style and sound; studying the greats helped him find his own way. “Middle Child” even features some stylistic elements that are often associated with Jay-Z. The horn sample that begins before the beat drops bears traces of the famous horns that open both “Encore” and “Roc Boys (And the Winner Is)”. (In reality, the horns in “Middle Child” are a sample of the 1973 soul song “Wake Up to Me.”)

Christians too bear the traces of those who first taught them the beats of the faith. Discipleship involves studying those who have gone before us, mirroring their cadence and style, as they mirror the cadence and style of Christ. Eventually, we catch the beat on our own, we mature, we bear the imprints of our teachers.

In 1 Corinthians, Paul tells the church at Corinth he sent Timothy, his faithful and beloved protege, to remind them of what it meant to follow Christ. Timothy matured in the faith under Paul’s tutelage, learning pastoral care from one of the great church planters of the New Testament. He could reliably be sent to Corinth not only because he could represent Paul’s teachings, but because he would remind them of the ways of Christ. Timothy is something of a bridge between Paul, the pioneer, and those new to the faith.

In “Middle Child,” J. Cole talks about being “dead in the middle of two generations.” He admires men like Jay-Z, who have laid the blueprint, even as he now provides a blueprint for young rappers like 21 Savage and Kodak Black. J. Cole is “little bro and big bro all at once.” After thanking the OGs, he welcomes those coming behind him. Rather than viewing them as competition, he’s “glad [they] came and hopes [they] scrape every dollar [they] can.”

This speaks to a generosity that is crucial to effective discipleship, a willingness to share your life. Paul reflects in 1 Thessalonians 2:8 on his deep affection for the church in Thessalonica. He loved them so much that he delighted to share not just the gospel, but his very life. Sometimes we hesitate to disciple others because we feel as if it requires some formal program, but discipleship can happen around the table over lunch or in the studio over rap lyrics. Discipleship requires only the willingness to share what we know in genuine relationship. As Vivian Mabuni once remarked, discipleship is not linear, but a tapestry, one we are weaving even as we live our everyday lives.

Eventually, we catch the beat on our own, we mature, we bear the imprints of our teachers.

As big bro, J. Cole feels compelled to warn young hip-hop artists that money will not erase the pain. He describes young men who are straight out of the projects with “distorted self image,” who come “from a long bloodline of trauma,” in a “cycle of jail,” whom he argues have been set up to fail. On“No Role Modelz,” a J. Cole song from 2014, he raps about not having anyone to emulate while growing up besides Uncle Phil from The Fresh Prince of Bel-Air. He ruminates on how the lack of role models affected his relationships with the opposite sex and his desire to be a better man than his absentee father. On “Middle Child,” he shares those lessons with his “little bros” by reminding them that their unresolved trauma hurts them, the women in their lives, and their children. J. Cole urges them to heal, but rather than condemn them to resolve their troubles on their own, he is going to do his part to help make sure “the real will prevail.”

Similarly, discipleship affords us the opportunity to take our weaknesses and struggles and use them for God’s glory. Paul writes to Timothy from prison to encourage him that persecution and suffering are a part of what it means to live a godly life. As his disciple, Timothy was intimately aware of Paul’s sufferings in Antioch, Iconium, and Lystra; they had traveled together before Timothy was sent out on his own. Paul reminds Timothy of God’s faithfulness in the midst of his trials and to preach the gospel “in season and out of season.” Paul was committed to the success of Timothy’s ministry, not just because of his personal investment, but because of his commitment to the future of the church. Discipleship is not a vanity project for our own legacies, but a gift to the church as part of our service to the ongoing work of the kingdom.

We often see the middle of our journeys as unsatisfying, without the excitement and wide-eyed optimism of the start or the satisfactory triumph of overcoming struggles in the end. J.Cole reminds us that the middle can be beautiful, when we are “little bro and big bro all at once.” “Middle Child” is a reminder that all Christians should be going and sending. Navigating the middle is hard, sharing our faith with those coming behind while we are still learning ourselves, trying to be both a Paul and a Timothy to the folks in our community. But that is our calling: we should be ever learning from and ever teaching others how to be imitators of Christ. 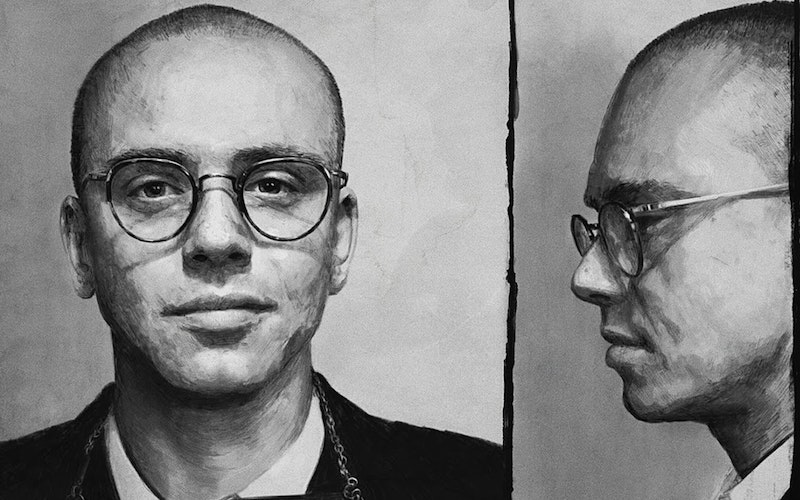 The Limited Positivity of Logic’s YSIV