Rise of the Planet of the Apes, like many films in the genre, reveals how mankind has gotten the dominion thing all wrong.

I was incredulous when I first heard that the Planet of the Apes franchise was getting another installment this summer. Hadn’t we moved past this tired conceit? Didn’t Tim Burton prove that another movie was unnecessary way back in 2001? What was James Franco doing in the lead?

But after seeing Rise of the Planet of the Apes, an artful mix of sci-fi speculation and cinematic technology, it struck me that these sorts of monkey movies will always be with us. Few film genres so wildly reveal how mankind has gotten the dominion thing wrong.

The original Planet of the Apes suggested this with its shocker ending, in which it is revealed that Charlton Heston hasn’t been trapped on some strange planet inhabited by intelligent simians – but on a future Earth where the primates have taken over.

Rise of the Planet of the Apes unveils how this came to be. Born in a lab where a controlled virus gave him uncommon intelligence, a chimpanzee named Caesar is raised as a human child by a well-meaning scientist (Franco). As an adult, however, Caesar is taken away to a primate pound of sorts, where regular abuse begins to foster resentment, hatred and eventually the seeds of revolution.

Of course, the entire Apes franchise is an offshoot of 1933’s glorious King Kong, one of the cinema’s true classics. Brute nature may succumb to human hubris in the end, but thanks to the way Kong becomes the emotional center of the story, we see this not as triumph, but tragedy. Taken together – and with all the ape-centric movies in between - these films chart both how we exploit creation and the allegorical price we pay for doing so.

But aren’t these movies really only worth considering at the level of allegory? What reality – what actual neglect of stewardship – do they reflect?

These films chart both how we exploit creation and the allegorical price we pay for doing so.

It’s interesting that this summer also saw the release of Project Nim, a documentary which revisits an experiment in the 1970s where a chimpanzee was raised as a human in New York City. According to this account, things did not end well.

Also in the real world, a recent New York Times opinion piece opposed invasive research on great apes. Roscoe G. Bartlett, a Republican representative from Maryland who used to work with simian subjects as a physiologist at the Navy’s School of Aviation Medicine, writes that “in the years since, our understanding of its effect on primates, as well as alternatives to it, have made great strides, to the point where I no longer believe such experiments make sense - scientifically, financially or ethically.”

Then there is the most recent chapter in the ghastly story of a woman whose face was torn off by a pet chimpanzee. She’s recovering from what appears to be successful face-transplant surgery, but the horror of this particular episode of human-ape interaction lingers.

These tales – fictional and otherwise - tweak our guilt over failing at Biblical stewardship in a very specific area: our relationship with one of earth’s higher creatures. Yet they also reveal how we’ve failed at caring for creation in general. In response to one of the first requests God made of us, we’ve often not only neglected his world, but abused it.

And we know it, as these films - flickers of our deep guilt and fear - readily attest. The monkeys might as well take over, Rise of the Planet of the Apes suggests. Perhaps they would do a better job.

Writing for First Things about his interaction with nature of the backyard variety, Russell E. Saltzman recently said that “the wild, with everything else, was created for Man. But for what? Being God’s creation, the wild is not ours to exploit beyond excess, but neither is it to be worshiped. We are, I would suggest, meant to observe, enjoy, describe and, likely, give an account of what we’ve done with it.”

If these monkey movies offer a sort of self accounting, then we haven’t done very well.

Josh Larsen is editor of Think Christian. He also writes about movies at LarsenOnFilm and is the co-host of Filmspotting. Connect with him on Facebook, Twitter and Letterboxd. / Photo courtesy of Twentieth Century Fox. 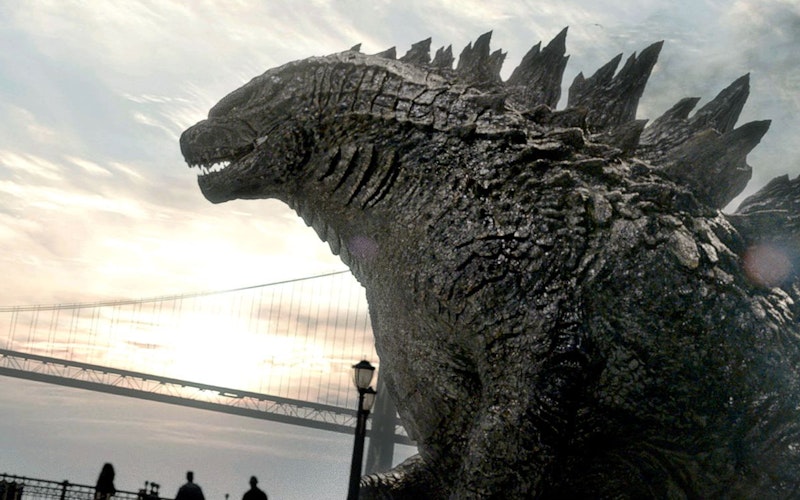