I have a renewed sense of identity, purpose, and inspiration whenever I revisit Watership Down.

Before I write these lines, I make eye contact with my rabbit. He sits on a shelf looking down at my desk, ears open like radar dishes. He’s a ceramic figurine in the likeness of Dandelion, keeper and teller of stories for the rabbits of Watership Down. In this beloved adventure novel from Richard Adams, Dandelion’s stories of the trickster called El-Ahrairah provide a sense of identity, purpose, and inspiration for troubled creatures.

That’s also what Watership Down does for me. I have a renewed sense of identity, purpose, and inspiration whenever I revisit the book. What The Chronicles of Narnia and The Lord of the Rings are for so many, Watership Down is for me: a story that makes sense of the world, that gives me a vocabulary for loss and grief, that rekindles my longings for what is best, and that helps me overcome my fears.

The story is best on the page. The Criterion Collection’s recent restoration of the exquisite 1979 animated film is an impressive distillation, and another film version is on the way, but I feel some urgency in recommending the source material, with its inimitable complexity and richness, to a new generation.

Adams, who died Dec. 24 at the age of 96, first imagined Watership Down as a way to entertain his daughters during a road trip. The narrative grew into a novel beloved by generations and influential in countless creative works (including my own fantasy series). Whenever I open my timeworn copy, I’m reminded of why it has commanded my attention since I was 10. It was so much more frightening, dire, and—for lack of a better word—realistic than anything else I’d read. While Watership Down is a story of talking rabbits, it isn’t a cute nursery story about bunnies. It’s a substantial literary achievement, one as rich in philosophical and political subtext as it is thick with literary allusions. It deserves serious critical attention, including theological exegesis. (Stanley Hauerwas strikes gold with his brilliant interpretation in A Community of Character.)

As we follow a company of anxious rabbits who flee their endangered warren in southern England in hopes of finding an ideal home, we encounter dangers in the elements, in natural predators, and in the oblivious industry of humankind. But the story’s most fearsome chapters involve the dangers of other rabbits—some who are duped into false security by devious humans who spoil them and some who adhere to the rabbit equivalent of a fascist regime.

Here are a few specific reasons I find Adams’s tale so richly rewarding in the religious sense.

That “gleam” of revelation—that’s the glint I see in the eye of the ceramic figurine of Dandelion, my icon. Adams’ characters have become so essential to my imagination that they seem as alive and inspiring to me as figures from my own history.

That is why Watership Down, a story of such humble beginnings, seems like a miraculous achievement. To mark the passing of its inspired storyteller, I recommend that you discover—or, with me, rediscover—every page.

Jeffrey Overstreet is the author of The Auralia Thread, a four-volume fantasy series that begins with Auralia’s Colors. He serves as the senior film critic for Christianity Today and has written a “memoir of dangerous moviegoing” called Through a Screen Darkly. He teaches courses on writing and film at Seattle Pacific University, Northwest University, and Houston Baptist University. 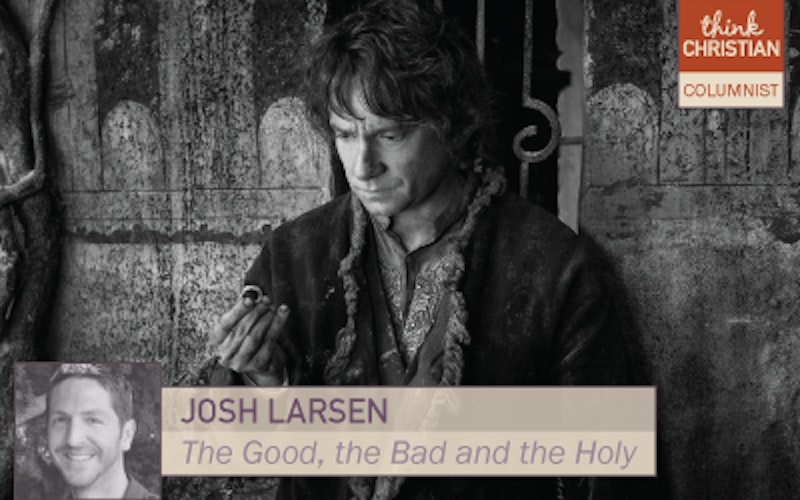