It’s a surprise that personal salvation plays any part in the animated series, let alone too big of one.

If you made a list of fictional television characters I expected to drop to their knees and offer a sincere sinner's prayer asking Jesus into their heart, the alcoholic, acerbic, avowed atheist Rick Sanchez would have been at the very bottom.

Imagine my surprise when—in "Never Ricking Morty," a recent episode of Rick and Morty—Rick turns to his grandson and partner-in-crime-and-capers Morty and says, "Sometimes it does seem like there's no way out, like it's hopeless. That's why it's important to remember: there's always someone there for us . . . my best friend and personal savior, Jesus Christ . . . I thought I was the inventor, but the best invention of all is the free gift of eternal life."

In the face of Morty's (and my!) disbelief, Rick doubles down: "Jesus is always knocking at the door. All we have to do is open it and let him into our hearts.” He then kneels and leads his grandson in a sinner's prayer for the ages, thanking God for sending Jesus to die for their sins, asking Jesus to come into their hearts, and even asking that God make them a "city on a hill.”

To say it's strange is an understatement. Rick Sanchez—in addition to being crass and crude at every turn—is never sincere. Yet this prayer is delivered without a trace of irony or sarcasm. It's a weird moment that doesn't fit into the larger context of the episode. Not to put too fine a point on it, but Rick leading Morty in a sinner's prayer is a bad story.

Which is the point, actually.

The episode to this point has featured Rick and Morty trapped on a story train—a literal plot device that weaves anecdotes about the titular team together into a coherent tale. Rick, ever the anarchist, refuses to play along, instead hacking the story by referring to a map of creator and showrunner Dan Harmon's famous story embryo. (When Morty wonders if this is all getting too meta, Rick tells him not to think about it.)

Rick realizes that, in order to escape from the story train and the Story Lord who runs it, he has to do something completely out of character, something that makes no sense and breaks the plot of the story. It's at this moment he drops to his knees and leads Morty in prayer—and it works. As Jesus descends from the skies, met by analogs of Psalty and the Veggie Tales, the story engine explodes, freeing Rick and Morty.

The Story Lord exclaims, "What the **** is this?" To which Rick calmly replies, "The greatest story ever told, Story Lord." As the Story Lord watches the story engine's fuel tanks drain (they're labelled "Marketability,” “Broad Appeal,” and “Relatability”—remember, don't think about it!), he exclaims, "No it's not. It sucks!"

Rick Sanchez is never sincere. Yet this prayer is delivered without a trace of irony or sarcasm.

It would be easy for a Christian to get offended here. Morty worries, "It seems kind of cynical. I don't like taking cheap shots." Rick objects, "We were literally saved by Jesus Christ. Tell me in any way how that's offensive."

But the Story Lord's objection contains wisdom, if we will hear it—wisdom that interestingly touches on a current debate among evangelical scholars as to the nature of the Gospel. On one side are leaders of The Gospel Coalition (TGC) and Together for the Gospel (T4G), who claim that the essence of the Good News is justification by faith—what we see encapsulated in Rick and Morty's prayers for personal salvation. Their critics include Matthew Bates and Scot McKnight, who insist that "the Gospel is fundamentally about how Jesus came to be enthroned as the saving king."

Bates and McKnight, much like the Story Lord, look at a faith that is fulfilled by an individual, personal relationship with God as a bad story. Why? Because such a Gospel ignores the larger story into which Jesus became incarnate.

This story begins with God inviting humanity to rule over creation as God's faithful stewards made in God's own image. It continues with God making a covenant with Abram to bless all nations through Abram’s descendants. Those descendants enter into a further covenant with this God at Mount Sinai, where God promises to make them a kingdom of priests. God ultimately promises to send a ruler who will be the perfected king, who will rule with justice and truth.

It matters that, when the early Church decided to write down Jesus' story, they chose the word “gospel.” The word belonged to Rome, and was a key component of the state’s propaganda machine. Gospels were any announcements that reaffirmed Rome's position as ruler of the world. And so “gospel” had political implications, which early Christians appropriated. When Mark opened his story of Jesus by claiming it was “the gospel of Jesus Christ, the Son of God," every ancient reader heard the subtext: "There's a new Caesar in town."

And what is this Gospel announcement? That God, the one true creator of the cosmos, has come among us in the person of Jesus to collect his people together and defeat once and for all the forces that would destroy his good creation. It's about Jesus taking his rightful place as king. As Bates observes, "The offer of forgiveness of sins via substitutionary atonement is part of the Gospel proper, but your or my personal reception of that forgiveness is not. It's a benefit of the Gospel."

A Gospel that is only, or even primarily, about personal, individual salvation misses the whole, grand story of Scripture. It's by definition a bad story, one that ought to break our story engines and make us wonder, "What's missing? How did I become the main character in God’s grand story?" 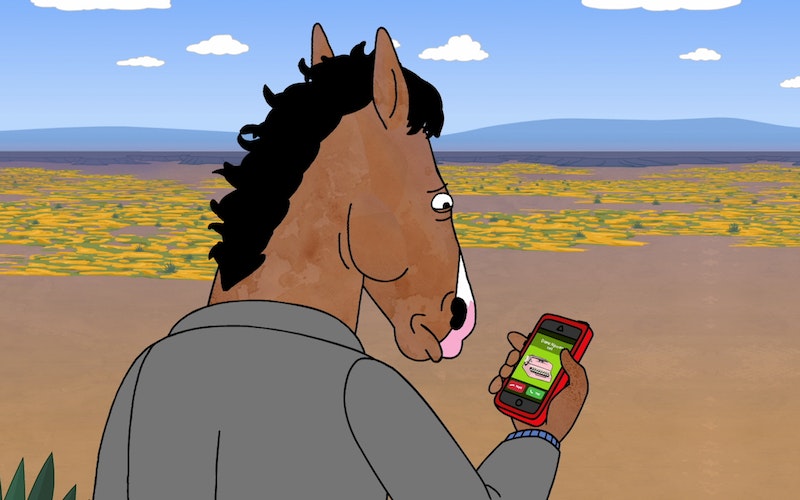 What St. Ignatius Would Say to BoJack Horseman