Although their self-titled debut is produced by Americana master Phil Ek (Band of Horses, Fleet Foxes) to lump Run River North in with the yelping, bearded folk crowd would be a mistake. With a background in classical training, the band has a musical complexity that’s reminiscent of prog-rock bands like Yes rather than the arena folk of, say, The Lumineers. The result is a compelling sound that has been turning heads from coast to coast.

Yes, the six members of this California band are of Korean descent. “We found out that we are Asian this week,” vocalist Alex Hwang joked at the last of their four South By Southwest shows earlier this month. “I guess that’s important for marketing.” The band is certainly not ashamed of their roots; they address the Korean immigrant experience in ways that reflect struggles common to everyone. The members all grew up in the San Fernando Valley and met at church. My first experience with them was as their driver at last summer’s Wild Goose Festival in North Carolina. We chatted for a couple hours as my little van rolled along the Appalachian hills and I heard about their families, their history as friends and their well-formed vision of creating compelling music that incorporates aspects of their faith and culture in ways that are relevant to all audiences. Later that night, when they took the stage, I was completely caught off guard. They delivered an instantly captivating musical experience that transcends genre and ethnicity.

Features at NPR and The Wall Street Journal endorsing them as one of the bands to watch out for at SXSW set the stage nicely for Run River North’s album release and their string of performances in Austin. A packed room at The Driskill Hotel was the setting of their final show of the week and the audience seemed to be evenly comprised of first timers and recently established fans. With violins, electric guitars, bass, piano, acoustic guitars and one of the best indie drummers I have heard in years, the band took complete ownership of that room from their first note. Eighteen-year-old violinist Jennifer Rim anchored one end of the stage with monster skills, while Daniel Chae rotated between violin, electric guitar and keys at the other. Hwang shared center stage with backing vocalist and keyboardist Sally Kang, while John Chong pounded the drums and bassist Joe Chun matched his groove.

Hwang’s lyrics, while seemingly anchored in personal experience, reflect fractures of the universal struggle for redemption, community and personal peace. Frequently delivered with layers of harmony, the result is a batch of songs that feel both singular and communal. On the album, Ek brings just the right balance of ambience and clarity to the irresistible melodies and Hwang’s understated but evocative vocal style.

From barely breathed intimacy to out-of-control rock abandon, Run River North reminds me of everything I have loved about Sufjan Stevens, The Decemberists and Kansas - and that includes those artists’ ability to swim in the deep end of a lyrical pool that can be simultaneously personal, universal, emotional and spiritual. While the record is truly impressive and at times transcendent, it never quite captures the intensity of the band’s on-stage presence. It does, however, provide a fascinating look into the hopes, fears, frustrations and dreams of a quintessentially American group that deftly comingles Biblical and cultural images in the mainstream marketplace of art and ideas. If they come to your neck of the woods on tour, it’s worth going out of your way to see them play. Stuff this special doesn’t come along every day.

“JJT” has been chasing the thread dangling between eternal truths and temporal creative experiences for nearly three decades. He is a writer, a businessman, a father, an artist and a seeker. Read more about him at JohnJThompson.com. / Photo by JJT, with illustration by Jerod Clark. 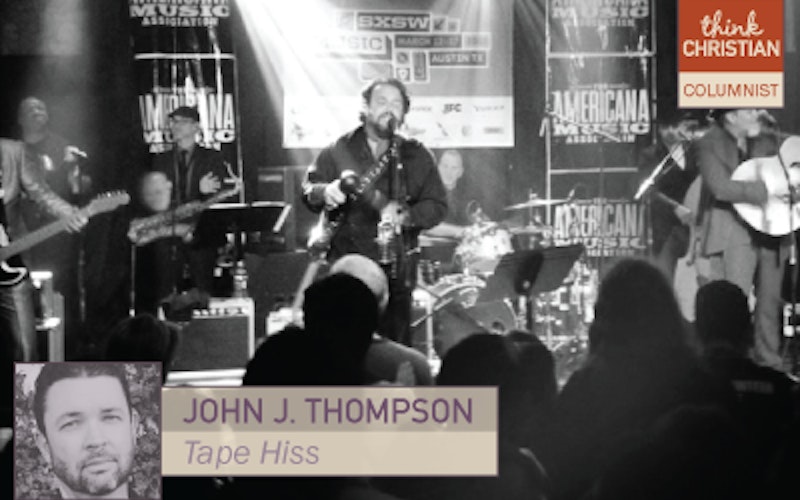 Embracing community at South by Southwest 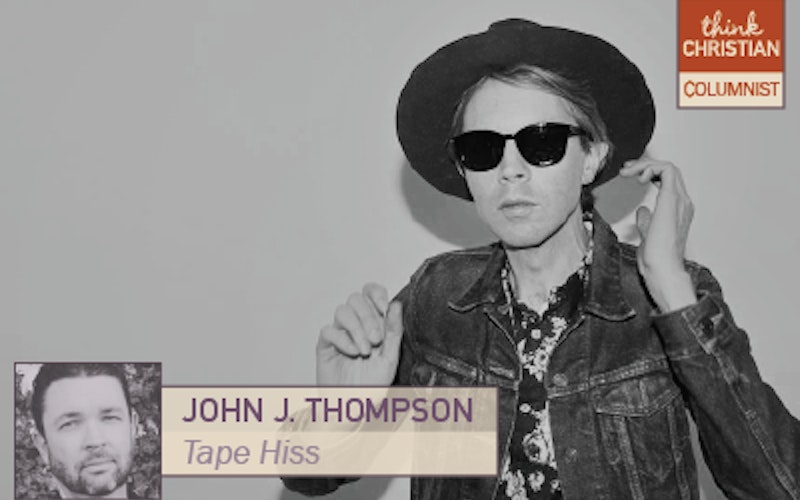