Men may wield the rings of power in Marvel’s latest, but it’s the wuxia-inspired, biblically resonant wisdom of women that turns the tide.

The first voice any of us hear is that of our mother. All of our stories begin surrounded by the words and womb of a mother.

Shang-Chi and the Legend of the Ten Rings—the latest Marvel film, directed by Destin Daniel Cretton (Just Mercy)—begins with a mother’s voice. Jiang Li (Fala Chen), the mother of our hero, Shang-Chi (Simu Liu), opens the movie with a tender, mother-to-son telling of the legend of the title. Speaking in subtitled Mandarin and accompanied by beautiful cinematography, she relays the story of Shang-Chi’s father, Wenwu (Tony Leung). From his acquiring of the potent ten rings to his thousand-year thirst for power, we learn how he eventually encountered a force he could not conquer: Shang-Chi’s mother, who met him with love and the ability to see him as more than a heartless warrior.

In the couple’s first meeting, Jiang Li stands with a staff beside a small, flowing waterfall. She wears traditional, Chinese-inspired clothing that matches the spring green color of new life, as well as a hat with protruding dragons and a mask made of vines and red flowers shaped into a dragon’s snout, perhaps to simultaneously hide and claim her identity. In the breathtaking wuxia-style fight scene that unfolds, Wenwu pridefully advances toward her, ready to conquer like he’s done time and time again. She responds firmly, yet with a grace and spiritual authority he’s never seen before. Their battle evolves into something that looks like a dance and sounds like a poem. Her hands are open and her body movements flow with breath and wind, answering each of his tight-fisted attempts to overpower her. Using water and trees as tools of tenderness and justice, Jiang Li sends this fear-inducing warrior tumbling through the air, finally dropping him in a tiny pool of water. He lays face down in the water, then lifts his head up only to resemble a wet puppy. It’s as if Wenwu has been baptized into something new.

The last thing I expected to find in Marvel’s latest Avenger origin story was the mothering heart of God, as reflected in kung-fu battle scenes and strong Asian female characters. But this is what Shang-Chi offers.

The image of God as mother can be found across scripture. In Hosea’s prophetic poetry, God is described as fierce as a mother bear, committed to justice: “Like a bear robbed of her cubs, I will attack them and rip them open . . .” In the gospels, Jesus compares himself to a mother hen who wants to gather her children in the comfort of her wings. Yet God is rarely discussed this way. What’s more, depictions of contemporary motherhood—and, specifically, Asian and Asian-American motherhood—are often reduced to racist tropes and shallow jokes. This is why I found Shang-Chi so heartening. Jiang Li bears witness to a mothering far beyond any “tiger mom” or foreign fetish stereotypes.

The last thing I expected to find in Marvel’s latest Avenger origin story was the mothering heart of God.

As the daughter of an immigrant Korean mother, my own mother-daughter experience has often felt like a misfit among the accepted majority experience. Growing up, I was asked if my mom is a “tiger mom,” if she “speaks English,” or if I’m a “military kid.” Those asking the questions felt as if they deserved answers; my responses—my very existence—were seen as reasons for pity. Friends who I thought knew me well would laugh at the way my mom asked me if I’d eaten and what I’d eaten. Those friends heard an English sentence arranged incorrectly, not the depth of love I heard. In a country where Eurocentric culture has long been normalized as supreme over all others, things like my mom’s expressed love for me through food is often reduced to momentary entertainment. Memories of being handed a steaming bowl of rice for nourishment, while my mom told me parts of her story, reminded me of the jade necklaces Jiang Li gives to each of her children in Shang-Chi—tangible evidence of who they are as beloved children, as well as something to guide them in embracing their own heritage and identities.

In Shang-Chi, Asian mothering expands beyond Jiang Li to cross generations, countries, and universes. Over the course of the film, Shang-Chi interacts with both a friend’s mother (Jodi Long) and her waipo, or maternal grandmother (Tsai Chin). Scenes in which he shares typical Chinese breakfast porridge while leaving his shoes at the front door left me undone. Seeing the culturally specific respect Shang-Chi had for each of these women, whose lives span multiple generations of the Asian-American experience, was healing for me as the daughter of an Asian mom and an Asian mom myself.

In a later scene, set in the mythical land of Ta Lo, where his mother was raised, Shang-Chi approaches his aunt, Ying Nan (Michelle Yeoh), to ask for help. Here we see a woven thread of the mothering heart of God at work to mend and redeem this family. The same aunt affirms Shang-Chi’s sister, Xialing (Meng’er Zhang), by telling her that in Ta Lo, male and female warriors train as equals. She gives Xialing tools to affirm who she is and heal her wounds from the past. Ying Nan mothers her niece and nephew out of the shadows they’ve found to hide in, pointing them both toward a path of redemption.

Ying Nan’s mothering of Shang-Chi takes the form of a wuxia training session. His fists are tight; she unfolds them. He is stiff and strong; she stretches him and moves his body to mirror hers, creating a dance not unlike the one between his mother and father. Her grace and humility are a powerful force, bringing him facedown in the dirt, and face to face with himself. It’s not long after this that Shang-Chi, like his father, is submerged in water, only to wake up and rise from it, changed.

Shang-Chi may be the newest Avenger and the lead superhero of the film, but the Asian women—and the powerful, mothering heart of God they reflect—are the spiritual force of the movie. The compassionate guidance of their words and the womb of their fierce protection are more impactful than a thousand rings of power. 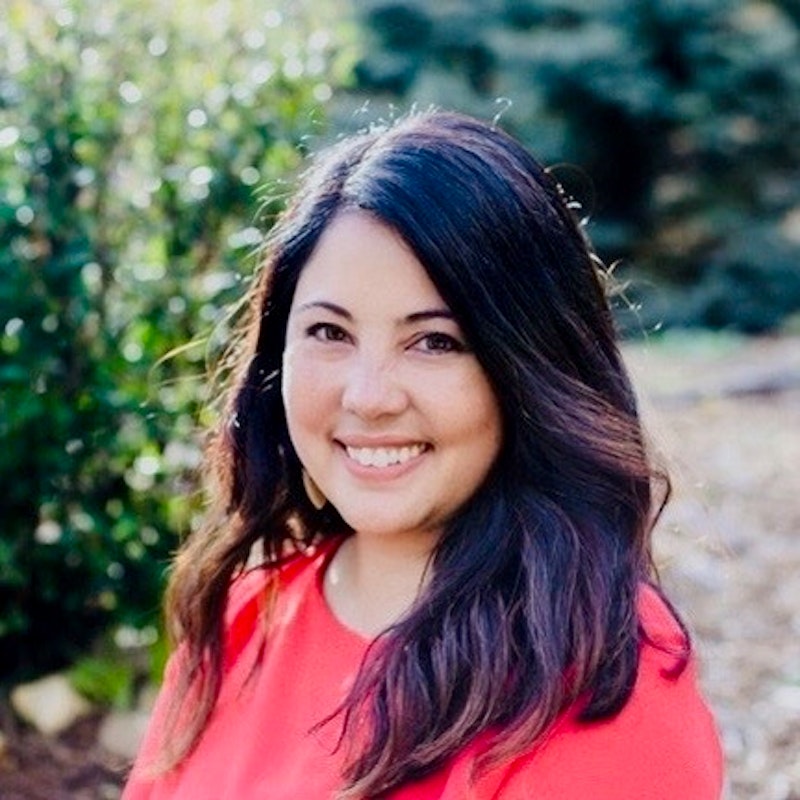 Tasha Jun is a melancholy dreamer, a biracial Korean American storyteller, wife to Matt, and mama to three little warriors: two wild boys and one little lady. As long as she can remember, she’s lived and stood in places where cultures collide. Writing has always been the way God has led her towards home and the hope of shalom. Her book A Roar that Trembles will be published in 2022.

Black Widow and the Red Stain of Sin