An Australian horror movie about dementia turns on a Pauline dilemma: should we seek comfort or suffer in love?

Losing a loved one to dementia is one of the more horrifying experiences in life—all the more so because we lose them a little bit each day. While the new Australian horror film Relic acknowledges the awfulness of dementia, it also insists that the horror may be hiding beauty, if we will only stay and choose to see it. In this insistence, Relic echoes the Apostle Paul, who also holds that suffering can be redemptive.

Relic introduces us to three generations of women. Kay (Emily Mortimer) and her daughter Sam (Bella Heathcote) arrive at Kay's childhood home because no one has seen Kay's mother, Edna, for several days. Despite an extensive search, she remains missing—until she turns up in the kitchen one morning, making tea.

Edna (Robyn Nevin) refuses to discuss where she's been. She rebuffs Kay and Sam's care. The three women clearly have never been close (all three actresses embody that unique awkwardness of those bound by blood but not affection). Edna is developing dementia, but refuses to acknowledge the loss of independence this portends. Kay recognizes a drastic change is on the horizon but refuses to make space for those changes in her own lifestyle. When Kay tells Sam she's going to look at an assisted-living facility for her mother, Sam protests, "Your mum changes your nappies when you're young, and you change hers when she's old: isn't that how it's supposed to go?"

The line between reality and surreality breaks down as Relic progresses. (Spoilers ahead.) Director Natalie Erika James and cinematographer Charlie Sarroff use a cool palette to create a dark film that spirals ever darker, as the house becomes a labyrinthine imitation of Edna's decaying mind. It all comes to a head as Edna begins to transform into something monstrous, with charcoal black skin emerging from her peeling, pallid surface. It's as if Edna is shedding herself.

Kay and Beth face a choice: do they stay and fight the creature Edna is becoming? Or do they flee—their mother and grandmother, the house, this monstrous family legacy Edna has apparently inherited. (We hear snippets of stories involving Edna’s forebears and an abandoned cabin on her property.)

The underlying question that Relic begs is this: how will we face suffering when it comes? Will we flee, or engage it? As I watched the film, I couldn't help but think of Paul's letter to the church in Philippi. Paul writes from prison, facing the real possibility he would be executed. He expresses his desire to leave (for him, to leave life, to flee to heaven with Jesus). Yet even though to stay meant more suffering for him, he knew this was his deepest desire:

"If I am to go on living in the body, this will mean fruitful labor for me. Yet what shall I choose? I do not know! I am torn between the two: I desire to depart and be with Christ, which is better by far; but it is more necessary for you that I remain in the body. Convinced of this, I know that I will remain, and I will continue with all of you for your progress and joy in the faith . . ."

Paul recognized that his calling was to give up his own comfort, his own rights, for the sake of those he loved—his Philippian brothers and sisters.

So too, on the threshold of the family home in the film's final minutes, Kay tells Sam, "I can't leave [Edna]." Kay returns to the thing her mother is becoming and begins to peel away Edna's skin, piece by gruesome piece, until the creature that was once her mother is uncovered. Kay embraces her mother, settles her into bed, and pulls her close. Moments later, Sam reappears. She crawls into the bed, embracing her mother. As she does, she notes the black spot that has already formed on Kay's back. This is Sam's future, too.

Dementia is a terrible disease, one that affects a whole family. The person suffering from dementia transforms, becoming a stranger. This is horror, yet while acknowledging that reality, Relic also offers a vision of hope. We can choose to love the person who is, even as we grieve the person who was. In this sense of shared suffering—modeled by Jesus, followed by Paul—we will find that even the horrific can point toward beauty and love. 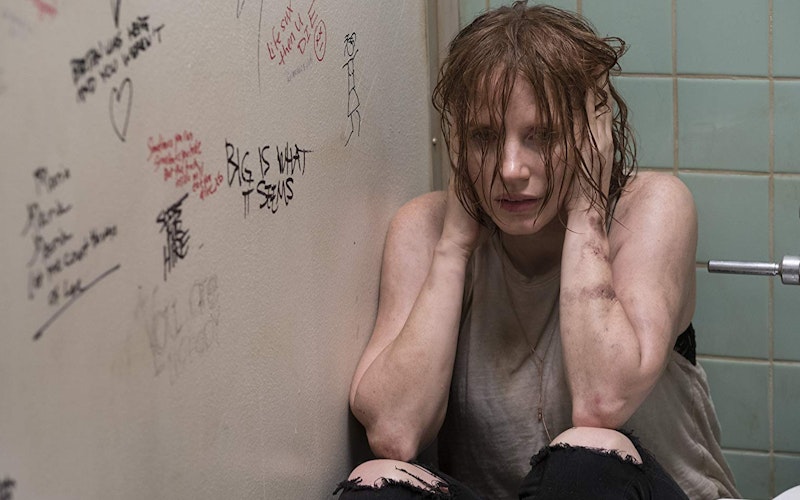 It Chapter Two and the Fears We All Face