As part of its Valtari Mystery Film Experiment, the Icelandic band Sigur Ros has released an arresting short film made for the song "Seraph." The film tells the story of a young boy who is taught to be ashamed of his body. This shame is the grounds for successive traumas as he becomes more and more confused about his body image. The boy's insecurity eventually lands him in prison, where he reaches deep into his own hurt in order to bring healing to another.

Sigur Ros is no stranger to nudity (see the video for their song “Gobbledigook”), but it is the role of nudity in this story that is particularly profound. Whether or not the writers were intentionally criticizing religious prejudice or homophobia, the film is obviously about self-image. We see that more than anything the boy wants to be seen for who he is, which is expressed most symbolically in the film (and the Bible) via nudity. The boy’s father, on the other hand, would rather turn a blind eye to things that are "hard to look at."

I find this to be a compelling commentary on living an embodied existence with other embodied beings. While our culture is obsessed with body image, we are not necessarily good at truly seeing one another as embodied. In fact, we are very good at not seeing others in their true embodied-ness, especially if they don’t fit the “normal” body image. Even the film betrays its bias: all the skinny dippers have a trim physique. (Which reminds me: Why is Jesus always handsome? Why don't we ever see a painting of an overweight Christ?)

At the end of the film the boy - contrary to his father's conservative opinion - opens his eyes to see (presumably) God. One cannot help but feel that the boy sees something that is more beautiful and glorious than imaginable: it is the sight of loving eyes that see him as he truly is. It is the experience Paul refers to in I Corinthians: “For now we see only a reflection as in a mirror; then we shall see face to face. Now I know in part; then I shall know fully, even as I am fully known.”

While our culture is obsessed with body image, we are not necessarily good at truly seeing one another as embodied.

Henri Nouwen takes up this notion in The Road to Daybreak, where he offers “A Prayer to See and Be Seen.”

I gradually realize that I want to be seen by you, to dwell under your caring gaze, and to grow strong and gentle in your sight. Lord, let me see what you see - the love of God and the suffering of people - so that my eyes may become more and more like yours, eyes that can heal wounded hearts.

One of the most moving experiences that I've ever had came when I worked as a chaplain at the Hospital at University of Pennsylvania. I had just finished visiting with a patient in the Cardiac Intensive Care Unit who was in particularly bad shape. The man had unofficially become the most depressing case on the floor amongst the staff, not only due to his physiological deterioration, but also because his family lived far away and never visited. As I thanked the man for allowing me to come see him, he replied, "It's good to be seen."

Joshua Walters is a follower of the Crucified Messiah, a wannabe theologian and a mediocre guitarist. He lives with his parents and drives a Toyota Corolla with leather seats. You can keep up with him at his blog or on Twitter. / Photo courtesy of Sigur Ros. 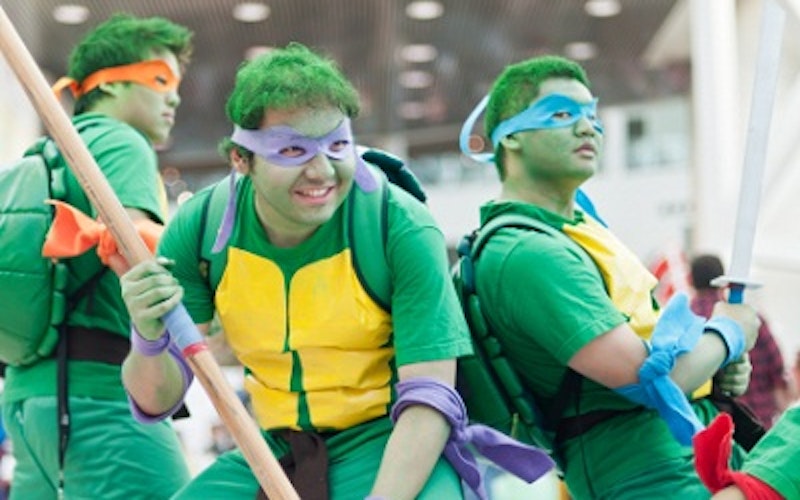 Cosplay and wearing our character