David Fincher's Gone Girl eviscerates society's elevation of public personas, suggesting they may be the graven images of our day.

As eviscerating as you’d expect for a film from director David Fincher (The Social Network, Fight Club), Gone Girl exposes the increasing power that contemporary society has given to the public image. Who we are – broken, forgiven, still toiling under grace – rarely matters. What’s important is who we appear to be.

For Nick Dunne (Ben Affleck), it’s important that he appears to be a doting, distraught husband. After his wife Amy (Rosamund Pike) has gone missing and police discover signs of a struggle in their posh suburban home, Nick increasingly comes under public scrutiny. Whether Nick is greeting a party of search volunteers or speaking at a candlelight vigil, every move he makes is intensely analyzed. Is he smiling? Why or why not? Does he look too tired? Not tired enough? Once the national media descends things become even more intense, so that the incessant camera flashes from paparazzi form a sort of Greek chorus. (My favorite shot of these involves the Dunnes’ cat basking in the blinkering glow.)

This role-playing isn’t entirely new to Nick, however. (Or limited to him. But expanding on that would get us into some serious spoiler territory.) Caretaking of image was a feature of Nick and Amy’s relationship even before tragedy struck. In flashbacks to their first years together, they proclaim, “We’re not going to be that couple,” referring to some stereotypically unhappy pair. At another point, Amy insists, “I’m not that person” when Nick accuses her of henpecking him. This speaks, in part, to their desire to make their relationship unique and healthy, but it also speaks to their deep awareness of how other couples appear, and their fear that they might appear the same way.

Investing so much in our public images doesn’t sit well because to do so is to compartmentalize something that’s meant to be whole.

It’s interesting that Gone Girl doesn’t really consider the role of social media in crafting public image. It not only marks the film as dated, but also seems like a missed opportunity in regards to this particular theme. With the ubiquity of Facebook, Twitter, Instagram and whatever’s next, almost all of us now have carefully crafted public images of one kind or another..... And given the degree to which we attend to them, cultivate them and attach our sense of worth to them, you could argue they’ve become the graven images of our day.

Gone Girl nods to this in its depiction of traditional media; much of the movie’s imagery consists of characters posing for cameras of one sort or another. Amy smiles in a snapshot that becomes the face of her “missing person” poster. Later Nick grimaces while having his photo taken next to that poster at a community rally. For a national television interview, conducted after Nick has been charged with Amy’s murder, Nick calculatedly rehearses his answers with his lawyer. (Tyler Perry “directing” Ben Affleck – how meta!) Watching the interview later on TV, Nick is both thrilled by the effectiveness of his “performance” and disgusted by it.

Investing so much in our public images – whether we’re projecting them on CNN or Pinterest - doesn’t sit well because to do so is to compartmentalize something that’s meant to be whole: our very selves. What’s more, for Christians, that wholeness comes not through the perfect crafting of our own identity, but in adopting the identity of Christ. In Mere Christianity, C.S. Lewis describes the “new men” who have given themselves to Jesus as those who “love you more than other men do, but … need you less.” (He could easily have said, “…need your approval less.”) Lewis goes on:

Josh Larsen is editor of Think Christian. He also writes about movies at LarsenOnFilm and is the co-host of Filmspotting. Connect with him on Facebook, Twitter and Letterboxd. / Image courtesy of Twentieth Century Fox. 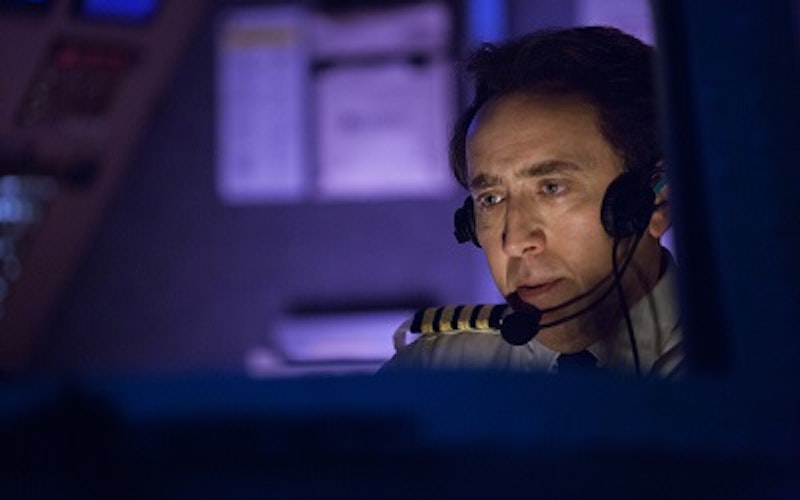 Left Behind and the dark side of rapture theology