Robin Williams' career was maniacally and supersonically in search of a “peace that passes all understanding.”

The mania was always part of the magic. Now, with Robin Williams dead by his own hand at the age of 63, we can only wonder if that magic came at a costly price.

Of course, for those of us who didn’t know Williams, such wondering is grim, speculative and opportunistic. So let’s stick with the work and instead consider how Williams’ comedy attempted to make sense of the world. Observed in retrospect, his career seems maniacally and supersonically in search of a “peace that passes all understanding.” In some of his best moments, he briefly found it.

Watch his early stand-up routines and you’ll notice he often used this segue, “It’s strange, though…” Or, “Isn’t it weird?” Then he’d go on to describe the perplexity of the human condition with a flurry of characters, sound effects and impressions. An Evening with Robin Williams, recorded at San Francisco’s Great American Music Hall in 1982, zips from a riff on the Falkland Islands to a bit on Alexander Haig to a rendition of a Bruce Springsteen number as sung by Elmer Fudd. It’s as if he came on stage with 48 different routines and hopscotched among them.

This mania was milked for the masses by Disney’s Aladdin, a fairy-tale musical that allowed Williams to fully exercise his “phenomenal cosmic powers," even providing versatile animation that was able to keep up with his wit. The movie’s show-stopper, “Friend Like Me,” with its shifting personalities and gags upon gags upon gags, may be the closest we ever got to being inside Williams’ head.

As entertaining as his comic mania often was, however, it could also be distressing. Some of Williams’ worst movies were comedies in which he wasn’t searching for anything but simply flailing about. “I have no peace, no quietness; I have no rest, but only turmoil.” Was that Job or Robin Williams in Flubber?

Williams' career was maniacally in search of a “peace that passes all understanding.”

Early on, the actor’s searching led him to dramatic roles, such as 1982’s The World According to Garp. Williams would blossom into a “serious” actor, but not simply because the comedy had been removed. Instead, drama allowed time and space for quietness and reflection – for peace.

To my mind, Williams’ best work combined comic flurry with dramatic reflection. My favorite bit in Aladdin comes when the Genie is asked what he would wish for. After a thoughtful pause, Williams answers, “My freedom.” In Dead Poets Society, Williams is the quick-witted teacher whose greatest gift to his students was a passion for the life seriously examined. World’s Greatest Dad, a mostly acerbic black comedy from 2009, features a climactic scene in which Williams, once again playing a teacher, makes a shocking confession before the student body. He then runs to the school’s pool, stripping his clothes along the way, and performs a high dive wearing nothing but his socks. It’s quiet and peaceful under the water, freed by the truth.

In Judges, Gideon names an altar “The Lord Is Peace.” In the Gospel of John, Jesus assures us, “I have told you these things, so that in me you may have peace. In this world you will have trouble. But take heart! I have overcome the world.” Williams, who once joked about the top 10 reasons to be an Episcopalian, would have heard this promise. Did he believe it?

If nothing else, his comedy suggests he wanted to. You can even sense it early on, in An Evening with Robin Williams. After announcing he’s about to become a father, Williams launches into a routine in which he plays both himself – as a domineering dad trying to direct the kid into comedy – and his own child, who wants nothing to do with show business. Williams plays his child as a baby, then a teenager, then an independent adult, at which point his version of himself is now a lonely old drunk. It’s somewhat funny, but mostly weird, plaintive and sad, until Williams – as his grown child – says, “Pop, I’ve come to take you home.” I think it’s in keeping with Williams’ comedy to hope that the Prince of (inner) Peace will welcome him home too. 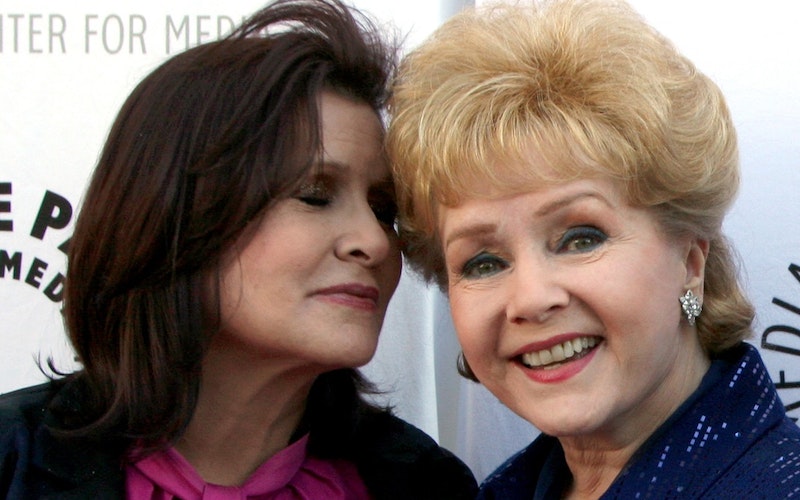