Confession and penance has been made, but Suits is still haunted by its original sin.

The USA drama Suits, which recently began its seventh season, plays with many tropes of the legal thriller: high-powered speeches, crucial turns of information, millions of dollars changing hands to settle claims. In the process, Suits also presents lawyers as modern-day knights fighting for truth, justice, and economic power. Yet the law firm at the show’s center has a lie at its core.

The first season introduced Suits’ original sin: although Mike Ross (Patrick J. Adams) practices law for Pearson Hardman, he has never attended law school or been admitted to the bar. His supervising partner, Harvey Specter (Gabriel Macht), hired him based on his potential, believing that he and Mike could keep his past a secret. Over the course of the following seasons, however, the truth is uncovered by a variety of people. In time, the drama turns on what these people do with Mike’s secret. Will they rat him out? Will they use his secret somehow to their own advantage? Or will they follow the law and expose Mike as a fraud? Meanwhile, even as he experiences professional success, this lie rots Mike’s capacity for joy and community.

The lawyers on Suits assume they can control the flow of information (what people know or don’t know) and they seem shocked when their assumption eventually proves false. In this, they ignore the biblical principle that “your sin will find you out.” Scripture presents a world where people go against God’s will, try to hide it, and are then surprised when this all-knowing God witnesses their crimes. It began in the garden, where God asked a hiding Adam and Eve, “Where are you?” Later in the Bible, after David believed he had gotten away with adultery and murder, God sent Nathan the prophet to thunder, “You are the man!” Lest we think this is only an Old Testament phenomenon, consider Peter’s admonition of Ananias and Sapphira: “You have not lied just to human beings but to God.”

Sin breeds secrecy; we long to cover up our evil. Confession goes against our sinful nature. Fortunately, God has created the universe in such a way that we will never be able to successfully hide our sin. Instead, we can be confident that our sins will find us out. This should be a relief, for John reminds us that “if we confess our sins, he is faithful and just and will forgive us our sins and purify us from all unrighteousness.”

With its current season, Suits begins a new story arc. Mike has been tried, convicted, and imprisoned; now released, he practices law after being admitted to the New York bar. His crime has become public record and his punishment enabled a kind of redemption. Mike now has the potential for a career based on integrity rather than deceit—but will this be the path he chooses?

Sin breeds secrecy; we long to cover up our evil.

There is reason to doubt. Mike’s confession was not the willing turning away of mind (metanoia) enabled by the Holy Spirit’s conviction, after all, but the poor human substitute of honesty in hopes of lesser consequences. This lack of turning away becomes evident in Mike’s conversations with Oliver (Jordan Johnson-Hinds), a young lawyer assigned to Mike’s mentorship at a legal clinic. Instead, Oliver mentors Mike, encouraging him to pursue a path of integrity even when honesty might cost him prestige. When Mike works at the legal clinic, he claims to want to help others rather than himself. His way of helping others, however, first benefits himself. Oliver consistently notes the conflict between Mike’s words and deeds, challenging him to consider the moral implications of his actions.

If Oliver represents a good conscience, Harvey Specter functions as the bad, tempting Mike back to the amoral practices of Pearson Hardman. Mike’s path forward remains ambiguous; over the course of this season, he will either become a lawyer motivated by personal integrity or he will return to deception.

In contrast to Suits, Sir Thomas Malory’s classic Le Morte d’Arthur (The Death of Arthur) offers a fuller picture of Christian redemption. As Mallory tells it, Lancelot was the “mightiest knight on life,” distinguished by greatness in the battlefield and greatness in Queen Guinevere’s bedchamber. His adultery, however, contributed directly to the fall and death of his king. In horror at his deeds, Lancelot renounced the world and joined a monastery, dedicating the final years of his life to seeking forgiveness for his sins. The night before his death, he received a vision of his soul ascending to heaven; he died comforted by the knowledge of God’s grace.

In many ways, Mike Ross resembles Lancelot—victorious in combat, yet significantly flawed. Perhaps this new season will show us a different, deeper Mike Ross, one fully redeemed from his crimes. 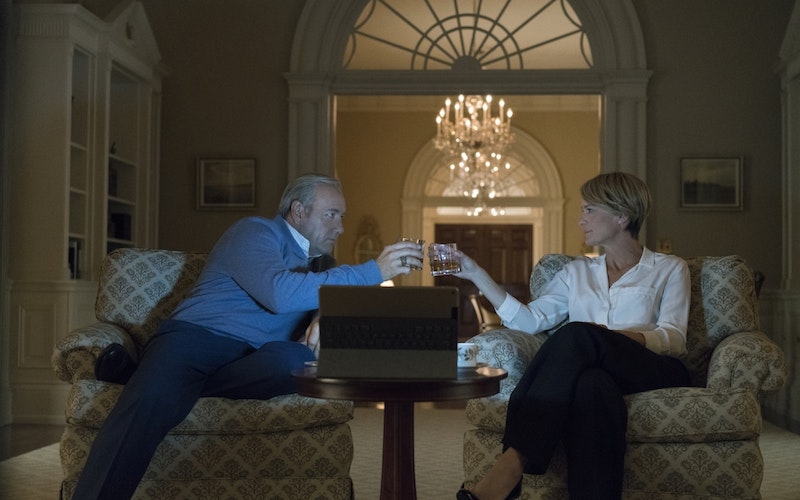