Grace is the only thing standing between us and the machines.

Terminator: Dark Fate is essentially a remake of the first two Terminator movies. This isn’t a bad thing. As the Terminator franchise progressed, it got more complicated, less compelling, and seemed more interested in the time travel stuff (which never made any sense) and the futuristic world-building (which looked generic). Dark Fate takes us back to the roots of the franchise and its thrilling premise: a vulnerable young woman is the future of humanity, and a terrifyingly powerful, relentless villain is on a mission to kill her.

Dark Fate also refocuses on the central anxiety that animates the entire Terminator series: our concern that the things we build are going to destroy us. By the time Dark Fate begins, the storyline of the first movies has been resolved, as Sarah and John Connor have successfully stopped the creation of Skynet, the artificial-intelligence program that would declare war on humanity. But now a new AI program, called Legion, is sending robots from the future to murder Dani Ramos (Natalia Reyes), a Mexican factory worker who is the hope of the (new) future revolution. It’s up to an "enhanced" human, Grace (Mackenzie Davis), to protect her from the new Terminator (Gabriel Luna). I suppose if history has a habit of repeating itself, the future might be prone to the same thing.

When time-traveling robots start hunting innocent women, it’s fair to say that technology has gotten out of hand. Most of us already feel this way on a daily basis. Is social media a good thing or is it replacing authentic human relationship? What has Twitter done to our public discourse? Is Alexa listening to everything I say? There are large communities, often based in religious principles, who have sworn off all forms of new technology altogether. Their fear—or perhaps we should say, their healthy concern—goes back all the way to one of the first stories in the Bible: the Tower of Babel.

There is a creative impulse within us, a desire to bring harmony out of chaos, to push the limits of what’s possible, to make something new. This instinct is God-given and God-honoring. God gave Adam the sacred responsibility of tending the garden of Eden, which was an outlet for Adam’s creativity. (As any gardener can tell you, a good garden requires a great deal of creativity and ingenuity.) Even after exile from Eden, God intends for humanity to populate the Earth—to explore, learn, and create. This is God’s design; as bearers of the image of the creator of all things, creativity and innovation are essential parts of our humanity.

But as with most good things, our creativity can become corrupt and disordered. We see this in the story of the Tower of Babel. Instead of spreading out, exploring, and discovering the goodness of creation as God commanded in the cultural mandate, the people decided to use their creativity and resourcefulness to build a tower to the heavens. You can imagine the curiosity and ambition behind this project: just how high can we build this thing? What will we find up there? Will we be closer to God, or like God, or even able to compete with God? It surely took innovation and the invention of new technologies to pursue this vision. But was it a vision worth pursuing? To quote Ian Malcolm in Jurassic Park, perhaps they “were so preoccupied with whether or not they could, they didn’t stop to think if they should.”

As with most good things, our creativity can become corrupt and disordered.

In Dark Fate, the dark vision of the future doesn’t look nearly as different from our present as it did in 1984’s The Terminator. As Dani flees north seeking refuge from the machine that is hunting her, she is pursued by a drone that tries to kill her, then picked up by border patrol and put in a holding facility behind a chain-link fence. These scenes have the same Mad Max, blasted-earth aesthetic as the later Terminator movies, except they are not set in the future; they’re happening in present day. It’s enough to make you wonder if we’ve already set our own destruction in motion.

Such topicality reminds us that it’s not technology itself that is evil or destructive, but the thoughtless or corrupt use of technology. In the Bible, the Tower of Babel is actually the second great feat of technological advancement. The first, just a few chapters earlier, was the ark built by Noah, large enough to hold every kind of animal. The ark, however, was built with God’s guidance, intended to preserve life from the destruction of the flood. Similarly, in the Terminator movies, there is almost always a machine on the side of the humans, essential to the protagonist’s survival.

One of my favorite things about Terminator: Dark Fate is the return of Arnold Schwarzenegger. The actor’s range has increased significantly since he played the emotionless villain in the first film. Here he convincingly plays a machine that has learned, over time, how to be human. He has experienced love and relationship, learned to use his strength to protect the vulnerable instead of to destroy, and it has changed him. There’s both a warmth and a weariness to Schwarzenegger’s portrayal that stands in stark contrast to Linda Hamilton, who also returns as Sarah Connor. Hamilton plays Connor the same way she’s played the character since Terminator 2: tough, unsympathetic, and really great at cussing. Both Schwarzenegger’s T-800 and Hamilton’s Connor go to great lengths to protect Dani, but T-800 is motivated by love, while Connor is motivated by rage. Connor lives to kill Terminators; T-800 kills Terminators to live.

It’s clear which of the two feels more human. This is because following our creative impulse is not the only way in which we express the imago dei. Jesus, the perfect reflection of the image of God, shows us that it is love, grace, and sacrifice that mirrors God’s own character, that gives our lives meaning and purpose, and that sets our creative impulses into proper context. Without that context the things we create, no matter how impressive, have the potential to lead us down a path of destruction. 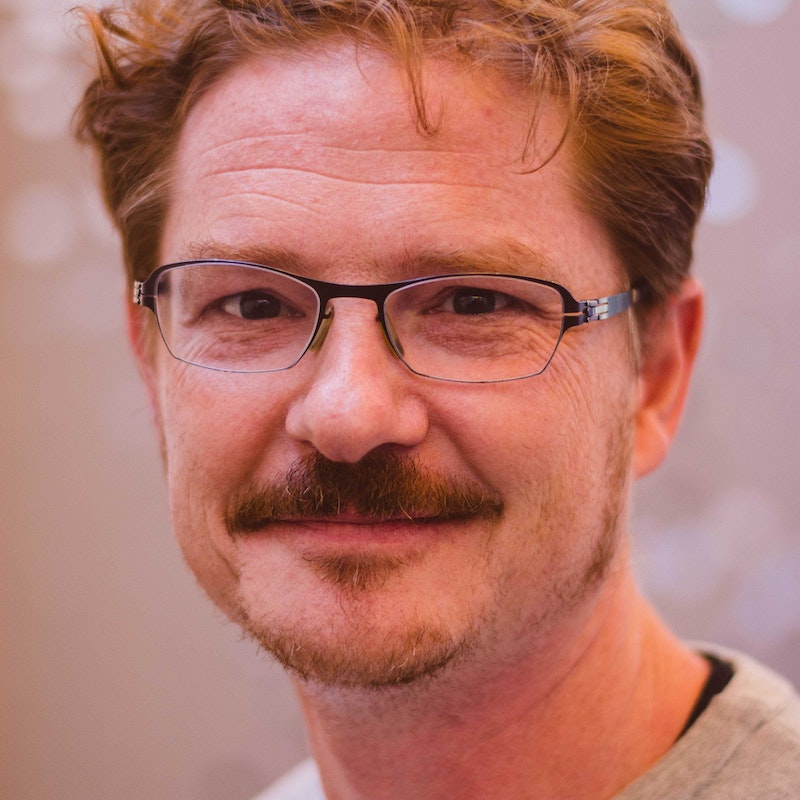 Will Krischke leads Intervarsity Christian Fellowship’s ministry to Native American college students in Colorado and New Mexico. He lives in Durango, Colo. You can follow him on Twitter, Facebook, and Letterboxd.

More Articles by Will Krischke 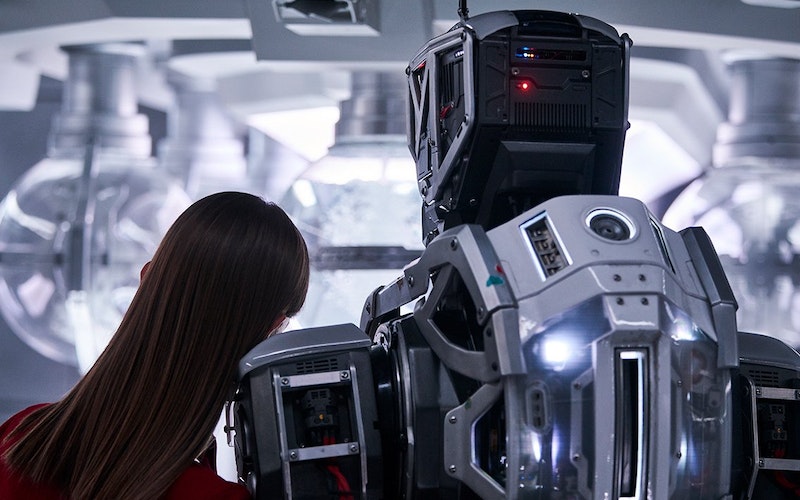 I Am Mother: When Your Childhood Faith Feels False