TC contributors name their favorite music of the year.

Back in March, I watched as Ryan Adams swooped into his live show with a Gibson Flying V. Wielding it like a serrated blade, he snarled the question, “Do you still love me, babe?” For the rest of the night, I watched mouth agape. On Prisoner, heartbreak drives Adams to anger, despair, loneliness, and longing. Love holds him captive: “I am a prisoner … for your love.” The album encourages us to ponder what kind of God defines himself by the very thing that tears Ryan Adams apart. “God is love”? What does this God feel? What is he willing to say? What sacrifice is he willing to make for the sake of love? (Chad Ashby)

Julien Baker, Turn Out the Lights

The 22-year-old Memphis native joins the psalmists and offers a rather biblical pattern on her masterful sophomore release. On songs that are huge yet intimate, she laments, confesses her doubts, then gives voice to whatever shred of hope she has left. In an age where our every emotion is strewn across social media for all to see, Baker has figured out the difference between honesty and truth, over-sharing and vulnerability. When she sings, “Maybe it’s all gonna turn out alright / And I know that it’s not, but I have to believe that it is,” we want to believe too. (Aarik Danielsen)

Chance the Rapper on The Late Show with Stephen Colbert

Known for his angry delivery and violent lyrics, Eminem has long been a difficult figure to reconcile, even when he managed to speak certain truths. The video he released as part of October’s BET awards was a reminder of this, as he graphically castigated President Donald Trump with a passionate performance that literally left him out of breath. The sophisticated and poetic internal rhyme demonstrated that Eminem still has a masterful control of the craft, while his fury on behalf of disrespected military veterans, African-Americans, and the people of Puerto Rico reminded us that prophetic calls to confession, mercy, and justice can sometimes come from unlikely places. (Christy Chichester)

The most visionary hip-hop record of 2017 is a concept album about concepts we’d do everything to avoid. The very definition of an artist, Eagle uses nimble metaphors, direct confrontations, and crackling Technicolor soul to show how the absence of a demolished Chicago housing project has left a hole in our collective heart. Home, wherever it is, is sacred—as is the black body. Eagle agrees with the Apostle Paul that our “bodies are temples.” Wherever and however a temple is torn down, by gentrification or police violence, we all bear some responsibility for the destruction. (Aarik Danielsen)

Stevens' song, inspired by badgirl Olympic figure skater Tonya Harding, is a subversive rejection of our urge to making caricatures of our troublemakers. In a reductive, reality-television world, the song invites us to love a person as a whole, complicated figure rather than immortalize them as a one-dimensional tabloid star. Stevens' haunting voice, singing just a whisper above a restrained synth track, points us toward the sort of grace we all must embody if we are to truly know ourselves and the people around us. As I watched the video for the song on repeat, mesmerized by the interplay between the music and footage from Harding’s 1991 championship routine, I began to feel as if Stevens was singing a biblical blessing over her life, one that fully acknowledges the reality of Harding’s misdeeds while also noticing, even delighting, in the unrecognized hints of the skater’s truest, most hopeful self. During the final seconds of the video, as Harding completes her championship routine and Stevens repeats “shining American star, shining American star," I could hear not irony, but empathy, and maybe even an apology on behalf of all of us. (Tamara Hill Murphy)

I'm fascinated by the way soundtracks and orchestral music can evoke emotions without words. Lindsey Stirling, an extraordinary violinist known for her video-game scores and choreographed performances, recorded this original song for the puzzle adventure game RiME. RiME is about finding peace through grief, and this song's melody, with its expressive violin, wind chimes, bells, and subtle female voices, captures themes of exploration, sadness, and discovery in a way that words can't. Through beauty in music like this, I'm reminded of the biblical promise that there is healing for the brokenhearted. (Allison Barron)

On what sounds like the soundtrack to a lost Paul Thomas Anderson film, the longtime David Bazan cohort finds value in coaxing that which lives in the deep, dark recesses of our spirits into a white-hot light. Angst, pain, isolation, capitalist dread, and the anxiety of choice all get spread out on the table before us. Walsh plays shimmering keyboards, tingly guitars, and processed beats like a single instrument, his siren song reminding us that perfect love—or in this case, the perfect synth pad—can cast out fear. (Aarik Danielsen) 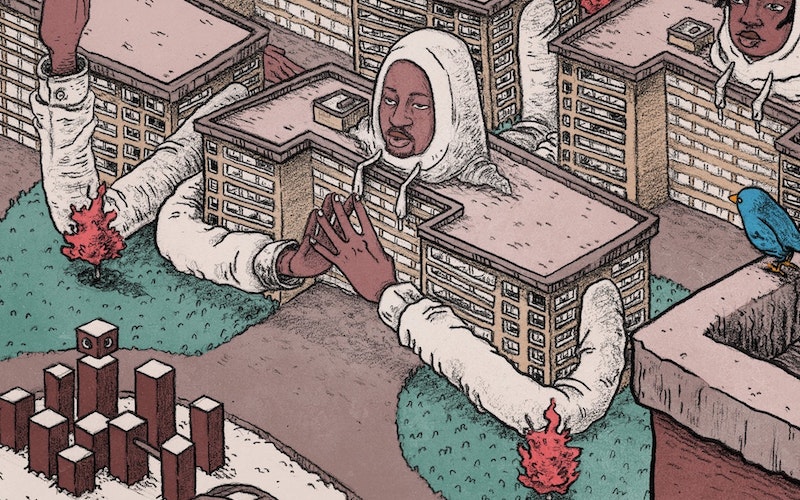