“She sounds like a subtle Adele,” my sister said, comparing the raspy voice coming from our car radio to that of the British singer famous for her big-voiced ballads of heartbreak. I agreed with the comparison that night, which was my first encounter with the young songstress known as Cold Specks. But now, after repeatedly listening to Specks’ debut album, “I Predict a Graceful Expulsion," I see she has a style and a presence all her own. And “subtle” she is not - especially when it comes to wrestling with religion.

Specks - a 24-year-old from Ontario, Canada - has gained acclaim and a certain amount of fame for singing and writing music she calls “doom soul.” Her powerhouse vocals are more blues than pop, and often mingled with strings and simple piano chords. The arrangements alone have spiritual heft by mimicking the rhythms of deeply Southern gospel and chain-gang choruses.

This is neither church music nor romantic break-up music, though. Specks is exploring a different lyrical trajectory - that of being spiritually spurned and emotionally lost. Every song is not just being sung by her but also … wrung from her. They ache with this world’s weighty frustrations and ask the hard questions that come from encountering loneliness, mortality and hypocrisy. “Lay Me Down,” for example, is a hymn-like plea for peace in the face of death. “With my last breath my soul will slip,” she rawly croons.

Her lyrics are full of Biblical allusions and imagery. “Holland” is especially rich. She speaks of “find[ing] God in the gutter.” “We are dust/and to dust we shall return,” she sings in the chorus. A few lines later, she asks: “Oh death, where is thy sting?”

Every song is not just being sung by her but also … wrung from her.

Such palpably spiritual themes set Specks apart from singers such as Adele and Amy Winehouse. For some Christian listeners, her religious restlessness may add a layer of intimacy and understanding not found elsewhere in popular music.

She is unlikely to be embraced by every Christian listener, however. A particular lyric could cause them to reject her immediately and altogether. “I am a ___-damn believer,” she sings in “Blank Maps” - a song I hear as a direct (if mystifying) confrontation with spiritual confusion. “We were good children” she sings, as if crying out that classic question of theodicy: why do bad things happen to good people?’

For the faithful, “I Predict a Graceful Expulsion” is ultimately a confusing album. Is Specks rejecting faith completely - does she hold to any of its truth and solace at all?

Specks' music sent me on the hunt for biographical information that might offer an answer. Google searches suggest she revels in privacy, ambiguity and mystery. She apparently grew up in a religious household (and unsurprisingly sang in a choir), but seems to consider this album a kind of "break-up" with God.

“(I) was kind of questioning my relationship with God and questioning the big question,” she said in one interview. Her next line in this interview saddens me more than her cursing ever could. “I don’t think I care enough to have an opinion about [religion] anymore,” she said. “I struggled with it for a very long time.”

I hope - I pray - that this remarkably gifted young artist does not stop struggling. After all, Specks’ broken world is our world as well, and her questions - although perhaps caused by different experiences - are our questions. She brings to mind Jacob wrestling the angel.

Perhaps someday Cold Specks will confidently turn her face toward a loving God who blesses her - and us all. And if so, may her uniquely haunting and gut-wrenching songs play on. After all, as Oscar Wilde says, “We are all in the gutter, but some of us are looking at the stars."

Adele Konyndyk is a freelance writer based in Hamilton, Ontario. You can e-mail her at [email protected] and follow her on Twitter. / Photo courtesy of Mute. 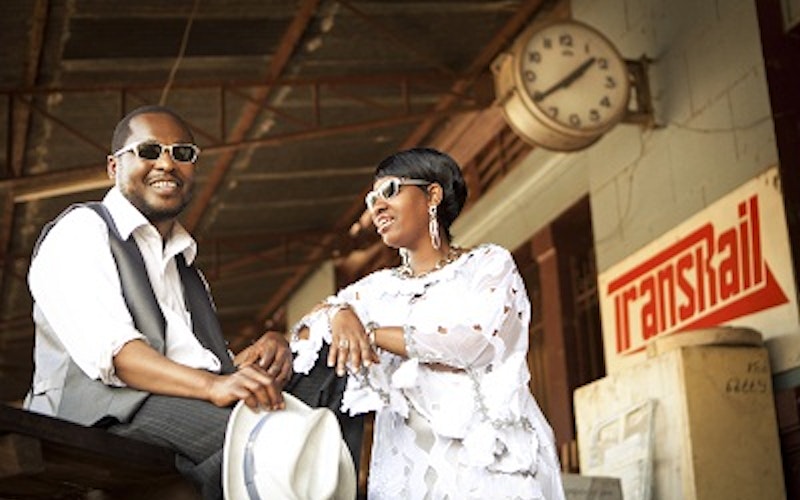