The Cabin in the Woods is about many things – zombies, curses, coeds and blood – but mostly it’s about the concept of audience. When it comes to both horror movies and real life, the movie forces us to ask: who’s watching what, and how do we conduct ourselves because of that?

Cabin belongs to the metanarrative genre – smart, self-referential, multilayered works that include Laurence Sterne’s Tristram Shandy, Wes Craven’s Scream franchise and, I’ve previously argued, the Bible. As such, the clichéd group of coeds who spend a night in an isolated cabin is only the first layer to this movie. We soon discover - I’ll tread lightly, but beware of spoilers - that others are watching the coeds and manipulating their environment. What’s more, these controllers are doing so in order to please yet another audience. And then there is us, the audience in the theater.

Here’s how this all works in the film. Early on, a male character discovers a one-way window in his bedroom that allows a view of a female character who is about to undress in the bedroom next door (she only sees a mirror). Before she does – before we are given the “money shot” audiences demand of the horror genre – he rushes to tell her about the mirror. They switch rooms, but when he begins to undress, she is put in the same moral dilemma. Quickly and with wit, the filmmakers behind Cabin have flipped both genre and gender expectations, prompting us to consider the multilayered ramifications of the concept of audience.

This sort of meta trickery escalates as The Cabin in the Woods goes on, resulting in all sorts of outrageous fun (the fever-pitched climax made me feel as if a comic-book store had been dropped on my head). It’s a dizzying experience, for both the characters and us. By the end, when two of the survivors have unpeeled all the narrative layers, they’re forced with a choice. Who should they appease with their final actions: the ultimate audience they’ve discovered, or themselves? And which choice will appease us in the theater?

The film left me thinking about the various audiences we serve in our own lives, and how most are distractions from the one audience that matters.

The Cabin in the Woods is mostly concerned with how this idea of audience plays out when it comes to the horror genre. Yet the film left me thinking about the various audiences we serve in our own lives, and how most are distractions from the one audience that matters. It’s a given in the Christian faith, after all, that we are to model our lives on Christ’s and live in ways pleasing to Him. There is only one person in the audience, in other words, yet our actions rarely reflect this singular focus.

This is especially true in a social-media age. Whereas we could previously count our audiences on one hand – our family, our coworkers or classmates, our friends – today our audiences can seem like an endless hall of mirrors, similar to the virtual ones constructed in The Cabin in the Woods. The people you’re messaging on Facebook are different than those you call on Skype. And both are likely distinct from those who peruse your board on Pinterest. Add onto these our traditional audiences – in church council meetings, on business conference calls – and trying to balance how we act for each of them can be overwhelming.

Rather than succumbing to some sort of identity crisis, what if, in our thoughts and actions, we only thought about the One who is always watching? Frequently the omnipresence of God is used as a threat – “God can see you!”  - but the fact that He is in all places at all times is not a Big Brother burden meant to keep us in line. Rather, His omnipresence should offer respite. Consider it permission to put the exhausting personas and performances of this world aside, whether you’re stuck in a horror film or not. 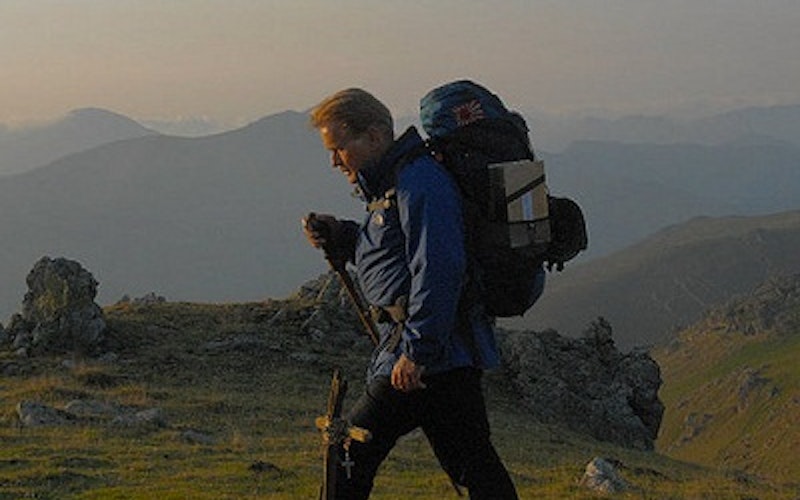 The spiritual pilgrims of Emilio Estevez's The Way 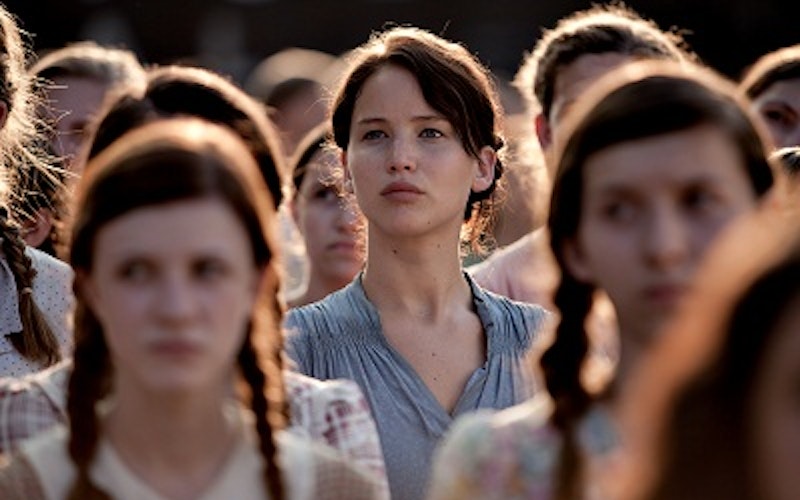