A painting is a vulnerable artifact. Its existence is precarious, subject to ridicule, misunderstanding, vandalism, rogue conservators and, recently, Hurricane Sandy. Ross King’s latest book, Leonardo and The Last Supper, tells the fascinating story of the precarious existence of a masterpiece that has captivated our attention for 500 years.

As brilliant as Leonardo da Vinci was, he painted relatively few paintings - only about 20. His interests, it seems, lay elsewhere. Leonardo defined what it meant to be a “Renaissance man,” applying his prolific creativity and inexhaustible curiosity to biology, human anatomy, architecture, medicine, astronomy, flying machines and implements of war. This is why the most treasured and influential gifts to Western culture might not be his paintings, but his notebooks.

Leonardo approached painting as he approached everything that caught his attention: as a particular problem to be solved. But what problem so fascinated Leonardo with The Last Supper?

Let me suggest that it was the problem of personality. When Leonardo agreed to take the commission, the subject already possessed a long and established tradition, one that emphasized the institution of the Eucharist and the authority of the disciples. What seemed to have interested Leonardo was psychological. How did each of the 12 men respond to Christ’s claim of betrayal? What Leonardo achieves in The Last Supper is a picture of 12 distinctive personalities, responding in their own way, to this most shocking of news. The tradition emphasized theology, dogma and authority. What Leonardo saw in the Last Supper was a powerful human drama that challenged the capacity of painting.

Leonardo presents this chaotic moment in and through the mathematical achievement of one-point perspective, creating a rational and logic space within which the moment achieves even more emotional power. Christ sits at the center from which all action is generated (it is His word that creates the domino effect of emotional response) and to which all architectural and perceptual lines point. Christ is at once the cause of the chaotic diversity of the composition as well as the source of its unity.

What Leonardo saw in the Last Supper was a powerful human drama that challenged the capacity of painting.

Yet even as he transforms painting into psychological investigation, Leonardo does not abandon tradition. He affirms it in a creative and powerful way. The Last Supper decorates the wall of a refectory, a dining hall. The monks who ate there participate with Christ and His disciples in this most important of meals, thus affirming Christ’s continued “real” (Eucharistic) presence in and through each and every meal.

In addition, as they participate with Christ in this meal, their authority as His disciples is affirmed as well. The bond that Christ has with the Twelve is also, through the Spirit, their bond.

Yet The Last Supper reminds them of something else. In many traditional depictions of this meal, Judas is placed on the opposite side of the table, facing Christ, isolating him as his betrayer. Leonardo abandons that tradition. Or does he? Who is seated on the other side of the table, facing Christ? It is the monks eating their lunch, the ones whom Christ has anointed to continue His ministry, the ones for whom He is present in the Eucharist. Is it possible that this remarkable painting also serves as a reminder that it is those monks’ sins that Christ bore? That they too, like all of the disciples, not just Judas, betrayed Christ by fleeing after His arrest in the Garden of Gethsemane? The Last Supper creates an aesthetic experience that even seems to anticipate Luther’s revolutionary dictum, simul iustus et peccator (simultaneously justified and sinner).

A painting is indeed a vulnerable artifact and its existence is precarious. Ross King’s marvelous book will tell the remarkable story of just how vulnerable and precarious this masterpiece was and remains. But it is through its weakness that a painting reveals its power.

Daniel A. Siedell has taught Leonardo’s Last Supper for over 20 years as an art history professor at the University of Nebraska. Currently, he is Lecturer in the Christian and Classical Studies program at Knox Theological Seminary in Fort Lauderdale, Fla., and is on staff at Coral Ridge Presbyterian Church, where he curates LIBERATE, the resource ministry of Tullian Tchividjian. He is the author of God in the Gallery, writes weekly about art and culture at Patheos and can be found on Twitter.

More Articles by Daniel A. Siedell 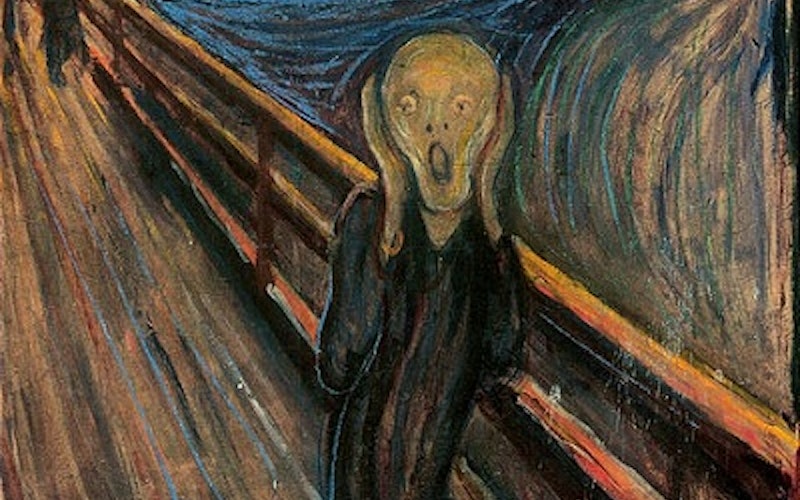