In its narrative and imagery, the independent film The Fits evokes what it means to be slain in the Spirit.

In my worship tradition it’s uncommon—in fact, pretty much unheard of—for someone to be so overtaken by the presence of the Holy Spirit as to surrender control of their body. I’ve never been “slain in the Spirit,” as some Christians describe it, or even witnessed it happening to another person. My lack of experience has led to some skepticism about so-called charismatic gifts and neo-Pentecostalism. Yet watching The Fits, a new movie that evokes religious ecstasy with its narrative and imagery, I wondered if I’ve been missing something.

An independent film from first-time feature director Anna Rose Holmer, The Fits is, first and foremost, a movie about out-of-body experience. At its most mundane, the movie depicts the onset of adolescence, as experienced by an 11-year-old tomboy named Toni (Royalty Hightower) who is navigating her decision to give up boxing to join a competitive dance team. Holmer focuses her camera almost exclusively on bodies, letting their display and movements communicate psychology and emotion (dialogue in the film is minimal). Often the actors’ bodies are filmed in action—close-ups of feet skipping rope, for instance. But there are other key moments in which these bodies are being measured, as when Toni is fitted for a competition costume. Throughout, The Fits is deeply attuned to Toni’s inner conflict over where she should take her body (or where it might be taking her).

About a third of the way through, the movie takes a strange turn when one of the older dancers suffers a seizure of sorts, shaking and sputtering uncontrollably. A few days later, the same thing happens to another girl, and then another. Suddenly, we seem to be in some sort of horror flick. (The soundtrack, defined by slow rumbles, threatening rattles and a plaintive horn, encourages this impression.) Is this simply a manifestation of Toni’s fears about passing through to adulthood? Or is something else going on? Consider also that after her episode, one of the girls describes the fits as being in a state of bliss.

The Fits is, first and foremost, a movie about out-of-body experience.

The Fits is wonderfully ambiguous, allowing for a variety of interpretations of its central mystery. While the film doesn’t explicitly make a connection between what’s happening to these dancing girls and religion, the movie reminded me of something from earlier this year that more explicitly aligned the two: Beyoncé’s video for “Formation.” There, scenes of church people being slain in the Spirit exist alongside the same sort of choreography practiced by Toni and her teammates. Writing for TC about “Formation” and her own church experience, Austin Channing offered a description that could easily apply to what we see in The Fits: “It was not uncommon for men, women and sometimes children to be so overcome by the presence of the Holy Ghost that there was nothing left to do but surrender the body. Laid out on the floor, church ushers and nurses would attend to those slain in the Spirit, covering their bodies, waving fans, holding them close as they came back to us. For those of us watching it was ritual; to those experiencing, it was transformation.”

The Fits nods to this tradition in both its seizure scenes and its dance sequences, the latter of which represent a giving over of the body in a different way. This is particularly true in the exhilarating climax, a show-stopping, magical-realist routine in which Toni manages to both lose herself and find herself at the same time. There is an individualist streak to The Fits that keeps it from being a perfect metaphor for the giving over of oneself—mentally, emotionally and physically—to God. Yet the movie leaves space for that possibility. After all, the ending doesn’t detail exactly what Toni becomes—a better boxer, an accomplished dancer or some unique combination thereof. What ultimately matters is that by surrendering herself, she’s transformed. In this way, The Fits is an ecstatic representation of what Paul assures us in 2 Corinthians 3:18, that “we all, who with unveiled faces contemplate the Lord’s glory, are being transformed into His image with ever-increasing glory, which comes from the Lord, who is the Spirit.” 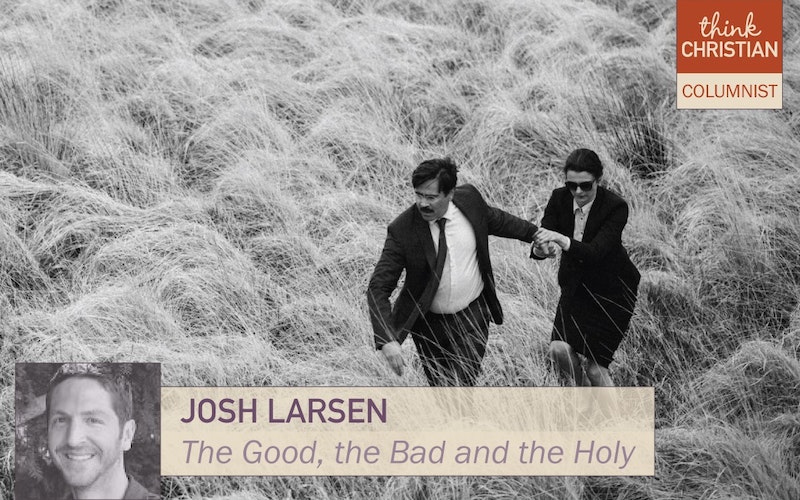 The Lobster and our idolization of marriage 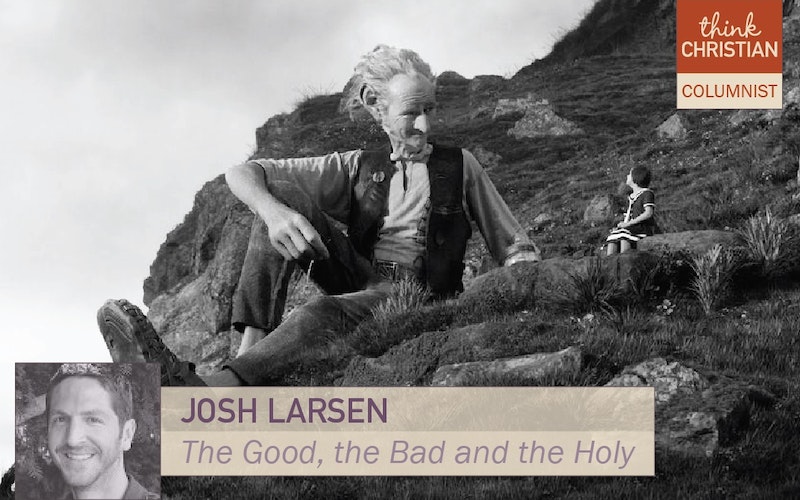 Surveillance and revelation in the Bourne movies