The final installment in our Gospel in G series considers the new heaven and the new earth and the glory of God's shalom.

Editor’s note: This is the fifth in an adapted sermon series tracing the arc of God’s story, as told through Scripture and the created world around us. You can find other installments here.

No Country for Old Men is a novel by Cormac McCarthy that was made into an Oscar-winning movie by the Coen brothers. It is brutal, bloody and brooding. The lines of moral clarity are blurry and there is no conscience or boundaries to the evil. In the end it is hard to tell if the good guys won or the bad guys won. It is hard to tell if evil or hope triumphed.

But as the story closes, the wrinkled and world-weary sheriff (Tommy Lee Jones) is sitting at the kitchen table telling his wife of a dream he had the night before about his father:

“….it was like we was both back in older times and I was on horseback goin' through the mountains at night. Goin' through this pass in the mountains. It was cold and snowin', hard ridin'. Hard country. He rode past me and kept on goin'. Never said nothin' goin' by. He just rode on past and he had his blanket wrapped around him and his head down and when he rode past I seen he was carryin' fire in a horn the way people used to do and I could see the horn from the light inside of it, about the color of the moon. And in the dream I knew that he was goin' on ahead and that he was fixin' to make a fire somewhere out there in all that dark and all that cold, and I knew that whenever I got there he would be there. Out there up ahead. And then I woke up.”

That ending has been debated from all sorts of angles. I may not have it right, but I think it’s an image of hope. Biblically, our hope lies in the God who goes on ahead of us “to make a fire somewhere out there in all that dark and all that cold.”

Isaiah paints such a picture of God going on ahead to build a fire where tears will be brushed away and there will be no more crying, where the young will live and the old will flourish, where the homeless will have homes and the hungry will be fed, where even predators and prey will know God’s shalom. Where evil will be destroyed, God will answer before we even speak and we will never again be alone.

That hope is an essential and unambiguous part of Scripture’s good news. Humanity will go through hard and harsh days, evil will seem to know no boundaries, creation itself will convulse and, according to Jesus, there will be signs in the sun, moon and stars. On the earth, nations will be in anguish and perplexity at the roaring and tossing of the sea. People will faint from terror, apprehensive of what is coming on the world, for the heavenly bodies will be shaken. At that time they will see the Son of Man coming in a cloud with power and great glory. When these things begin to take place, stand up, lift up your heads, because your redemption is drawing near.

Finally, when all is said and done, we will gather around a campfire in communion with God.

That kind of eschatological vision is woven throughout both the Old and the New Testaments. It’s not tangential or incidental, it’s not a footnote or a fragment on the fringes. From a variety of authors in a variety of circumstances it is a foundational assertion of Scripture. Out there up ahead God in Christ will bring this world to a fundamental transformation.

The Hebrew word for “to create” or “shape” is bara. It gets used 55 times in the Old Testament. The Biblical writers point to God creating: the heavens and the earth, individuals, the nation of Israel, new circumstances or conditions, transformations like a clean heart and “new heavens and a new earth.”

And while it may seem obvious, the implication is worth noting: God is not done creating. The God who is bara-ing in the first verse of the first chapter of Genesis is still bara-ing as Isaiah describes the future. This suggests a God who is neither the distant clockmaker of deism, nor a wrathful judge hell-bent on destroying His creation. Rather, God continues to create. God is engaged with His creation and is fashioning its re-creation. God is the actor who will make all things new.

At some point, out there up ahead, this world will be the arena of God’s shalom.

Therefore, creation’s destiny resides not on the wings of human progress, not on the efforts of the good and righteous and not in whatever is evil and damning, but in God’s sovereign creative hand.

Bill Stoub died at 99 with some vestige of his genetic material sprinkled through 12 children, 60 grandchildren, 120 great grandchildren and six great great grandchildren. He lived a long rich life. He passed away with his wife, Fennetta, holding his hand as a few children sang hymns around his bed. After he breathed his last, almost immediately the room began to bustle with energy as children and nurses busied themselves and phone calls were made and processes were started. There was a measure of chaos. But in the middle of that commotion, I saw Fennetta lean over and gently kiss the top of Bill’s head and whisper, “I’ll see you soon in heaven.” It couldn’t have been more beautiful, or loving or faithful.

“I’ll see you soon in heaven.”

If you asked the average Christian about the heart of Christianity I think most would say, “Jesus died for our sins so that we can go to heaven.” And I would never diminish that hope and comfort. That my mother will be reunited in heaven with my father is one of my deepest longings. But there is actually very little in Scripture about heaven as an eternal destination and there are a variety of interpretations about what Scripture says happens after we die. Scripture is just not that clear.

What Scripture is clear about is the end of the story — the last days. According to Scripture, the trajectory of history culminates with God making His dwelling with humanity. Creation is not just meaninglessly adrift or little more than a launching pad to some other realm. At some point, out there up ahead, this world will be the arena of God’s shalom. This world, which was created good, will be recreated to glory.

I’ve heard it said that preachers only have two sermons in them and that every week you get some warmed over version of one of the two. I’m no different. This is one of my two sermons. The deep and abiding hope that this world matters, that finally and fully it will be restored to shalom and that every expression of evil and every experience of suffering will somehow be redeemed by God.

I know that for some this one sermon seems like believing in fairy tales and romance novels where everyone lives happily ever after. And the substance of that hope is as silly and frivolous as pies in the sky. But for me it is an essential life-sustaining faith.

The “Gospel in G” is that God created this overwhelmingly good creation; we often get a glimpse of that goodness. But that same creation is broken, guilty and dead — a reality for which we have ample evidence. And yet, God so loved creation that He entered-in in Jesus Christ, emptying self even unto death — that He might be resurrected. God went ahead of us in Jesus to build a fire in all that dark and all that cold. And that grace of God in Christ calls forth lives of gratitude: we are free to follow the way of God in this world until one day, finally and fully, God will come to recreate this world to glory. 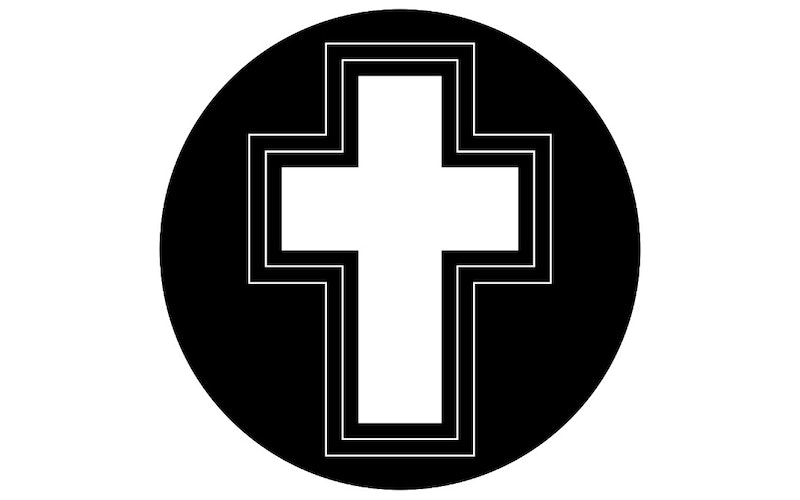