Our third installment in The Gospel in G series explains why the resurrection is the fulcrum on which the Christian story turns.

Editor’s note: This is the third in an adapted sermon series tracing the arc of God’s story, as told through Scripture and the created world around us. You can find other installments here.

He was a regular at the neighborhood watering hole. Most days he would get off the train and have a couple of drinks before he went home. And most days, as I waited for my wife to get off work, he and I would talk. With a quick wit and an easy smile he had whatever confidence comes from age, money and power. He also had terminal lung cancer. Maybe that reality animated our conversations. Because early one evening, with reading glasses sliding down his nose and wisps of silver hair falling across a fading summer tan, he said this:

I have trouble with faith. I’m Jewish, but haven’t been to temple faithfully.... I love my son, and my daughter-in-law, and my grandchild. I’m crazy about my grandchild. 38 years with my wife.…You know, a deal is a deal. Now let me ask you: Do you believe in heaven? I mean, I think, when we die - that’s it. We’re as dead as dinosaurs.

And with that a Protestant pastor and a captain of industry waded into a discussion about the nature of the universe and the possibility of faith.

He knew that power and possessions were fleeting. He knew that his wife’s diamonds were little more than compressed coal with no real value. He knew how to turn a deal, bore the scars of war and had great confidence in reason. In his words:

Immutable laws govern the universe. Through scientific method and the exercise of reason we can understand and live with some measure of control and confidence. The physical world you can count on. The metaphysical - there is no way to know.

I countered with feeble questions about where he rooted his sense of morality and didn’t he think that confidence in reason was in itself an expression of faith. After a half hour, with a church committee meeting calling, I walked away wondering if confidence in reason leaves one cold, powerless, hopeless. I wondered if he longed for something more.

Debra Rienstra frames it this way:

There must be something more. More than the material universe with its frenetic subatomic particles and unfathomably vast, cold space. More than the pines whispering to the stolid mountains. More than the morning commute, the coffee in paper cups, the lady at the newsstand, the half-lies we tell to get by. More than the evening news routine of crime and war, embroidered with empty banter and car advertisements. More than our fragments of longing, our tattered and fleeting gladness.

The Apostle Paul was holed up in house arrest in Rome when he wrote about the nature of the universe and the possibility of something more. He lived in a culture that measured life in a closed system. Performance, progeny and position were what mattered. And by those markers, Paul had the swagger of being dealt the best hand. Within an economy of merit he was a made man.

But, he writes that it’s all dung. Our translation cleans up the language and uses the word “garbage” so as not to offend our Sunday sensibilities, but Paul writes that it’s all bull$#[email protected] Employing accounting language, he adds up his side of the ledger, and the very things he counted as gain now seem as loss. The very things that he thought mattered are now abhorrent. Anything and everything in which he had confidence now doesn’t amount to squat.

What changed was a function of power. In our text Paul uses a colorful and crucial phrase. He writes:

I want to know Christ and the power of His resurrection and the fellowship of sharing in His sufferings, becoming like Him in His death and so somehow to attain the resurrection of the dead.

The Greek word here for power is dynamis, from which we get dynamite, dynamic, etc. And Paul writes that the dynamis of God is expressed in the resurrection of Jesus Christ. The heavens may declare the glory of God, but the resurrection displays the power of God.

The resurrection is the fulcrum on which the whole Christian story turns.

That is to say, that the very same God who created the overwhelming “goodness” of creation did not walk away from the “guilt” of that same creation, but invaded creation in Jesus Christ - emptying self even unto death. And then, through a power that is only God’s, was resurrected.

And that, dear friends, is the outlandish claim of the Gospel. My friend at the pub could stomach a god that set creation on its path. He might even accept that there is something wrong, broken and evil in creation. But, that Jesus was dead - dead as dinosaurs - and then was resurrected to some new expression of life by the power of God…. Too much. A leap of lunacy.

We can dress it up all we want as a reasonable way to frame creation. We can try normalizing it with the cycles of seasonal rebirth. We can even pitch it as some sort of metaphor. But finally the essential hope of the Gospel is the power of the resurrection. And that’s either more dung or the best news I know.

One way to see this world is as a pitched battle between the forces of evil and the power of God. Apocalyptic literature in Scripture often employs that sort of framework. There is a cosmic war between light and dark, love and fear, life and death.

In reflecting on that way of seeing the world, Brian Blount writes that resurrection is God’s ultimate weapon. In his words:

Resurrection is a weapon. Indeed, in the cosmic conflict where the Almighty and Creator God, who has no equal, is found inexplicably engaged by the forces of Sin and Death, resurrection is the weapon. The stakes are nothing less than life and its complete and eternal loss. To win, God must detonate a force as ferocious for life as God’s enemies are vicious for death.

Super dramatic.… But it seems a helpful way to think about the resurrection. It takes seriously depravity (the only doctrine for which I have proof) and death. And yet, as Jesus is the way and will of God, depravity and death are defeated. God doesn’t skirt death but enters into death and conquers it.

You see, at just the right time, when we were yet powerless, Christ died for the ungodly. Very rarely will anyone die for a righteous person, through for a good person someone might possibly dare to die. But God demonstrated His own love for us in this: While we were still sinners Christ died for us.

And I’d be remiss to not point out that it happens outside of us: outside of our strength or our weakness, outside of our goodness or our guilt, outside of our faith or our failures. God wields His weapon of resurrection that we might live. And it comes totally and ultimately from outside of us as an expression of grace. With nothing that we do, it is a gift of God. All we have to offer is death. The rest is the power of God.

My friend at the bar died a couple years ago. His wife (who always calls me “The Reverend”) had Cartier jewelers do a specially commissioned broach in white and black diamonds that reads, “cancer sucks.” And every year she gives hundreds of thousands of dollars to cancer research. I don’t know if my friend ever accepted or believed in the resurrection of Jesus. I do know that grace isn’t getting what we deserve. Grace is getting what is “both unearned and unearnable,” as my friend Jeff Munroe says. And I’m not about to put limits on the grace of God. May my friend, with Paul, with me, with you, also know the resurrection of Jesus Christ. The power of God. 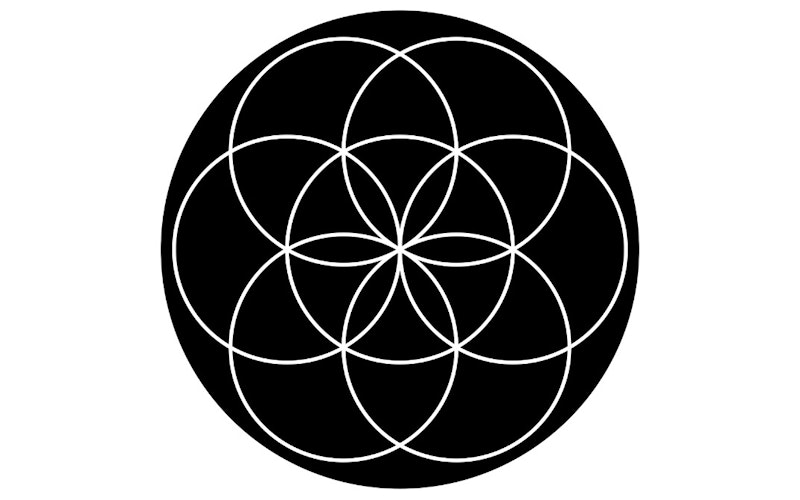