By peeling away the layers of a single interview subject, Her Story emphasizes the complexity within each of us.

A Christian view of people requires a willingness to be surprised by them. Her Story, a video game about a woman being interviewed by police investigators, emphasized this by forcing me to reckon with a complex character who is simultaneously warm, kind, funny, deceptive and cruel.

Hannah, the woman at the center of Her Story, reminded me that human beings are incredibly complex. Scripture informs us that people are inherently sinful and capable of horrific evil and yet also made in the image of God and capable of incredible good. In our pride, however, we tend to reduce the complexity of our neighbors by labeling them. We write people off for being conservative or liberal, affirming or non-affirming, Christian or atheist - ultimately reducing the image of God in them to something less than our own.

Her Story opens with the player being given access to a database of interviews that police conducted with Hannah Smith concerning the murder of her husband Simon. Each video has been tagged by every word Hannah has spoken, so that the player can search by keyword to find and watch the 271 videos of Hannah’s statements. Video of the investigators’ questions has gone missing, so players can only watch Hannah’s answers and must fill in the gaps on their own.

Players cannot lose at Her Story: there are no win conditions, check points, scores or achievements. After having watched half of the game’s videos, players are free to trigger the closing narrative sequence. What keeps players coming back, therefore, is Hannah, in all her complexity.

We tend to reduce the complexity of our neighbors by labeling them.

Played by Viva Seifert, Hannah tells stories of her troubled childhood, her first date with Simon, her miscarriage and her complex relationship with her parents. Hannah also gets caught lying and admits to cruelly mistreating her sister. By the end of my time playing the game, I had written five pages of notes, including tables of evidence for and against Hannah, multiple timelines of the events leading up to Simon’s death and hundreds of keywords that I intended to search in the database. And yet, after all this research, I was and continue to be utterly confused.

In my confusion, I wondered: if I could prove that she was lying about her innocence, would that change the empathy I felt for the mistreatment she suffered at the hands of her parents? Would I stop believing other things she shared? Would I still feel pity for the horror she experienced at losing her child after eight months of pregnancy or would I write her off as a liar? Because I couldn’t determine Hannah’s guilt, I had to admit my own: I wanted to label her. Labeling others is so much easier than affording them dignity.

There are multiple theories about Hannah, her personality, her character and whether or not she murdered her husband, but what makes Her Story truly special is that the game refuses to let us feel comfortable in labeling her in any one way. Every time I thought I knew Hannah, I learned something about her that surprised me.

What is most frustrating about Her Story is also what makes the game special: the player is limited to one person’s testimony. This is Hannah’s story and because we never get to hear the detectives’ deliberations, the testimony of other witnesses or a catalog of evidence, we are left to deal with Hannah and Hannah alone. For me, that meant that I had to acknowledge what I didn’t know about her. By exposing my limited perspective about Hannah, an incredibly nuanced character, Her Story challenged me to strive to see the image of God in others. 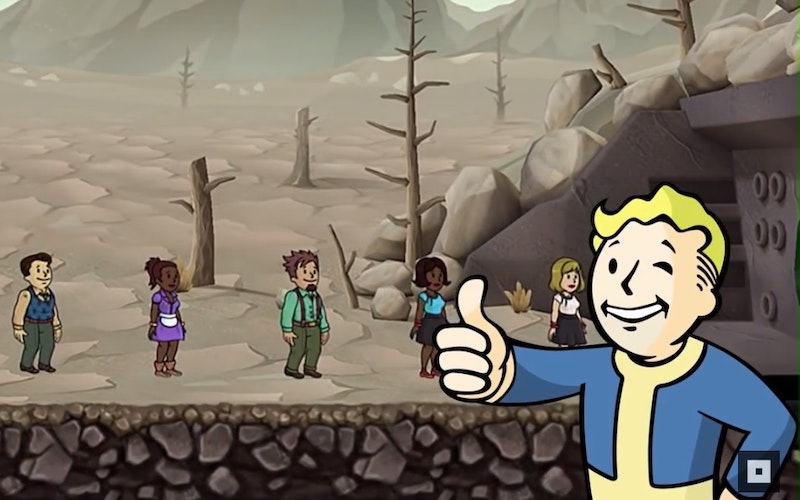