Whenever I teach an introductory course in literature, I try to reserve the last two weeks for a text my students will almost certainly be unfamiliar with. I choose a work that they will find difficult, one that will anger them and often one that will offend them.

This term I chose Sherman Alexie's Indian Killer, a text full of anger, violence, moral ambiguity and confusion. As a result, some of the class discussion centered around how we, as Christians, can find value in works that are clearly not motivated by faith. One student in particular expressed skepticism towards the idea that God works through the beautiful, regardless of whether or not a work of art is meant to reflect the divine. In response - and with this weekend's Kentucky Derby in mind - I directed her to a YouTube video of the 1973 Belmont Stakes, a grainy piece of sports history that always reminds me of the power of God.

Already victorious in the Kentucky Derby and Preakness Stakes, Secretariat was attempting to become the first horse since Citation in 1948 to win the Triple Crown. What spectators witnessed is probably the most dominant performance in the history of American horse racing. Secretariat covered the 1.5 miles that day a full two seconds quicker than the second-fastest Belmont winner of the modern era, Easy Goer. To put this in perspective, Easy Goer would still be almost 110 feet from the finish line if he were forced to stop after running for the same amount of time in which Secretariat finished. Simply put, Secretariat's performance in the 1973 Belmont is both something that had never happened before and that will probably never happen again. It was, and still is, greatness incarnate.

Contemporary references to Secretariat are rife with allusions to God. In ESPN's celebrated SportsCentury series, Pat Lynch, a former vice president of the New York Racing Association, describes Secretariat's appearance as “how God intended to make a horse.” Jerry Izenberg of the Newark Star-Ledger went even further, stating, “You can't anticipate greatness, you can't really even define it, I suppose. It's something that God every once in a while sticks inside somebody and, because it comes from God, the gift can't be ignored.” “Oh Happy Day” makes several appearances, in both hymn and non-hymn forms, in Disney's Secretariat, a 2008 biopic that tells the story of both the horse and his owner. In the movie, Diane Lane even recites Job as Secretariat rounds the final turn in the Belmont.

Contemporary references to Secretariat are rife with allusions to God.

What all of these references to God miss, though, is how race horses can be a metaphor for the redemptive power of Christ. Think of the seedy images that horse racing brings to mind. As someone who visits the track from time to time, I am familiar with the smell of stale booze, old cigars and dirty clothes that hangs like a haze over the sport. There is a specter of grime throughout the horse-racing industry, regardless of the shine NBC will give Churchill Downs this weekend. Horses break down and die on the track, jockeys purge to make weight and the entire industry relies on taking money from people who may not be able to afford to lose it. And if this were not enough, the survival of horse racing in this country is increasingly a function of equipping facilities with slot machines.

And yet, into the midst of all of this stride the horses, some of which are so gifted as to make us forget, if only for a few moments, the nastier aspects of the sport. Horse racing presents us the opportunity of seeing some of God's most beautiful creatures operate in less than beautiful circumstances, and there is even the chance, however slim, that we will see something so majestic as to remind us of God's awesome power. Secretariat was one of those majesties, and I watch hopefully, waiting for something as special to happen again.

Timothy Hendrickson is a graduate assistant at Northern Illinois University and an adjunct professor of English at Trinity Christian College. He currently lives with his wife and two children in Homewood, Ill., though he’ll always be a New Yorker at heart. / Photo courtesy of iStockphoto. 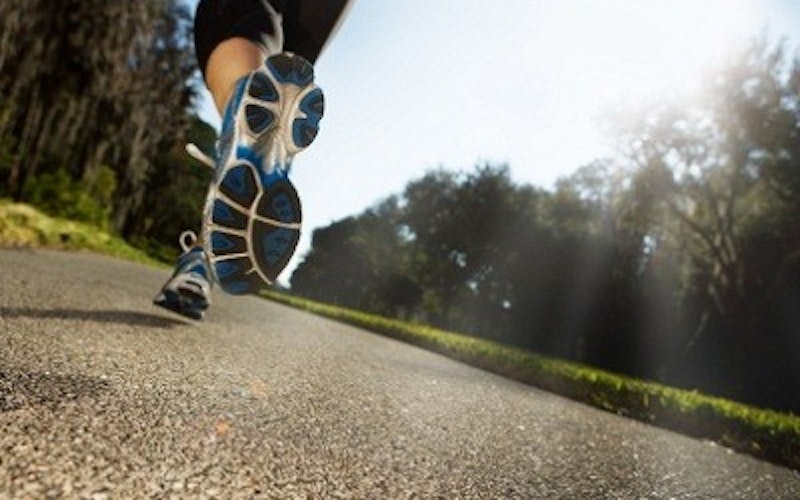 Running is a terrible thing