Joaquin Phoenix wears an awful, pained expression on his face throughout much of The Master, and it’s a look many Christians will recognize.

The latest film from writer-director Paul Thomas Anderson (Magnolia) is set amidst a Scientology-like self-help movement in 1950, yet the heart of the picture has to do with the generically religious idea of belief. When we put our faith in something – be it the Cause of The Master or the power of the cross – we become vulnerable, precarious. Unmoored from Enlightenment reason and therefore open to doubt, believers of any kind live with the tension that exists between assurance and hope.

A few days after seeing The Master, I came across this excerpt from Pope Benedict XVI’s Introduction to Christianity:

Just as the believer knows himself to be constantly threatened by unbelief, which he must experience as a continual temptation, so for the unbeliever faith remains a temptation and a threat to a permanently closed world. In short, there is no escape from the dilemma of being a man. Anyone who makes up his mind to evade the uncertainty of belief will have to experience the uncertainty of unbelief.

Freddie Quell, the World War II veteran played by Phoenix in The Master, is that conflicted man. Released from the Navy into a country that is ostensibly full of promise, Freddie is too decrepit – in body and soul – to achieve the mythical American dream. His brokenness mostly reveals itself in two ugly ways: a dysfunctional obsession with sex (early on we see him humping a sand sculpture in the shape of a woman) and an insatiable demand for booze (ethanol and paint thinner will do the trick if nothing else is available). Freddie is aware of these faults – you can read the shame on his crumpled face – yet too mired in them to save himself.

When we put our faith in something – be it the Cause of The Master or the power of the cross – we become vulnerable, precarious.

Enter Lancaster Dodd (Philip Seymour Hoffman), a motivational guru who has launched a movement of self-actualization (the parallels to Scientology founder L. Ron Hubbard are abundant). The two men meet when Freddie, having stowed away on Dodd’s ship, is caught and brought before the master. Anderson brilliantly frames this first encounter, in which Freddie stands awkwardly in the doorway of Dodd’s cabin, while Dodd sits calmly at a desk. In the shots of Freddie, a small corner of Dodd’s red shirt bleeds into the frame, invading both the mise en scene and Freddie’s space. Anderson uses similarly cinematic power plays throughout the film, until Freddie bends to the will of the Cause. Given his erratic nature, this takes a while. Yet after a series of bizarre “processing” sessions and driven by his own desperation, Freddie offers up his belief.

Doubt, however, can nag at even the soundest minds. We are “constantly threatened by unbelief,” Benedict XVI wrote, “which (w)e must experience as a continual temptation.” If lifelong pastors, such as Not Sure author John Suk, wrestle with such demons, what happens when doubt begins to creep into the delicate soul of someone like Freddie Quell?

That question drives the final third of The Master, in which Freddie’s spiritual agony reaches its apex. At one point Dodd and Freddie are riding motorcycles in the desert, where Dodd instructs him to pick a point in the distance and race toward it as fast as he can. It seems to be yet another one of Dodd’s odd tests, but Freddie obeys it with such fervent belief that he startles both Dodd and himself. As Freddie gets lost in the horizon, the sequence simultaneously captures the length of his devotion and its breaking point. For one brief moment – suspended between zealous adherence and rebellious rejection - he feels free.

Josh Larsen is editor of Think Christian. He also writes about movies at LarsenOnFilm and is the co-host of Filmspotting. Connect with him on Facebook and Twitter./ Photo courtesy of The Weinstein Company. 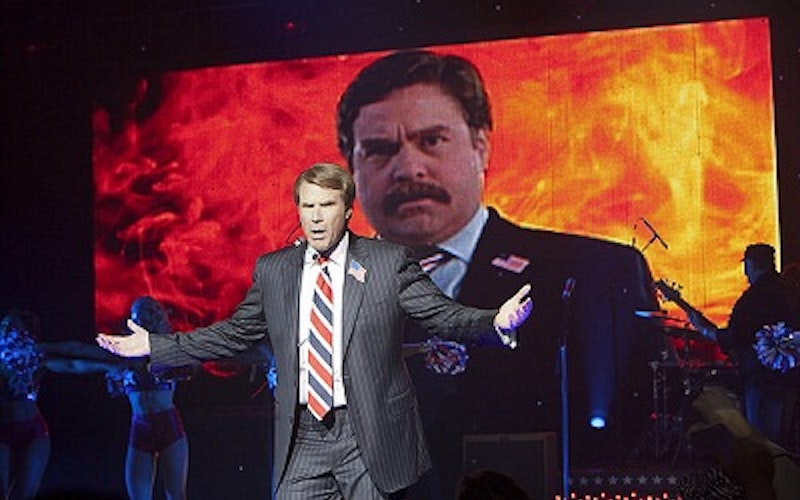