Imagine Dragons' Smoke + Mirrors sounds like uplift, but lyrically front man Dan Reynolds seems to be pushing away from his Mormon faith.

Credit Imagine Dragons and front man Dan Reynolds for truth in advertising with Smoke + Mirrors. Behind its bombastic hooks and designed-for-arenas lyricism is … who knows what.

Like Oz’s great and powerful wizard, the truth behind this multi-platinum act’s vaguely spiritual angst is hard to ascertain. The smoke is cool, though. The mirrors are definitely working. This is arena rock at its bloated best. It will probably be one of the biggest records of the year. It’s catchy and melodic and impressive. You can practically hear the pyrotechnics going off.

Throughout Smoke + Mirrors, the lyrics paint pictures of a good-hearted man in the midst of losing his religion to disillusionment and ennui. The soundtrack of this turning away, however, is made up of fist-in-the-air, congregational anthems. The music and hooks are all power and confidence, while the lyrics are meditations on how hard it is to be. Reynolds seems to be a depressed and frustrated man, and has said as much recently, yet his songs sound like victory chants.

Take “Trouble,” for instance. While the band Mumfords away after a brief synth head fake intro, the lyrics settle in on a chant saying, “Pray for me brother, I need redemption, I’m just a man, a man on a mission.” You might even miss the line “I’ve got no faith” later in the chorus. The unfortunate climax of the lyric is the boring, “Maybe you can save my soul,” moaned plaintively in the bridge. Yawn.

There are a few interesting moments here and there throughout the record, but the prevailing commitment seems to be to bigness. It sounds as if the band is most concerned with filling its own, oversized shoes.

Behind its bombastic hooks and designed-for-arenas lyricism is … who knows what.

“Trouble” follows a template that is fastidiously honored throughout the set. Start with an idea cribbed from an alternative arena band of the last decade, slick it up, add a chant and inject depth by talking about how hard something is. The resulting modern rock smoothie has an aftertaste something like Black Keys, U2, Coldplay or Muse, but with none of the focus. It’s like Switchfoot with less soul and fewer ideas. It’s impressive enough if you don’t pay close attention.

While this formula might seem like a creative disconnect, the result is strangely perfect on a commercial level. The resulting songs are vaguely confessional and cryptically vulnerable enough for moody fans to project their own angst upon them and yet obliquely inspirational enough for the oblivious feel-gooders to raise their arms and sing along. As art it may be a hot mess, but as a product it is brilliant. Imagine Dragons is further dialing in to the kind of populist, processed rock that critics love to skewer and mainstream audiences adore.

Although Reynolds’ Mormonism is well known, the religion itself is never directly addressed on Smoke + Mirrors. Still, many evangelical music fans will relate to the pervading sentiments of a man who has seemingly plugged a religious “tab A” into “slot B” for his whole life, only to find the entire fabric of his faith fraying once he leaves the confines of a religious enclave. Reynolds has been very candid about disagreements he has with the Church of Jesus Christ of Latter-day Saints, even if he still identifies as one of them.

And so it may come as perverse encouragement for evangelical church leaders to hear that Mormons also seem to struggle with preparing their young for a faithful life outside of their religious cloisters. The good news for those doing the struggling is that sometimes the forest has to burn down for new life to begin. 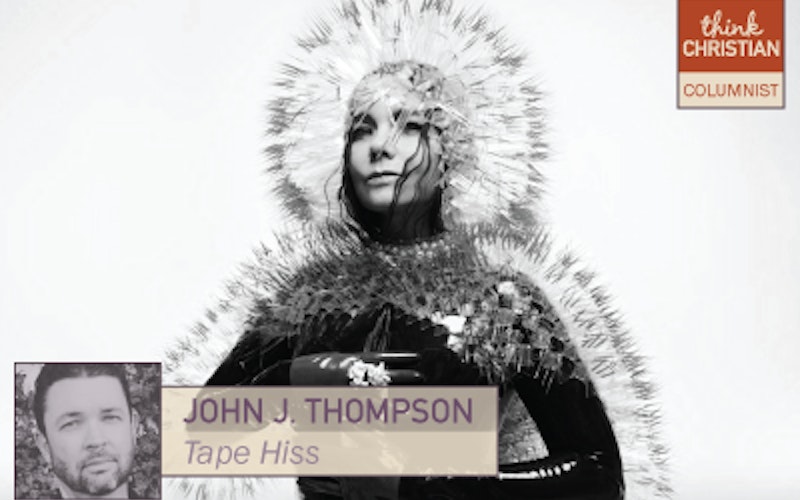