On Mandatory Fun, "Weird Al" Yankovic mocks the upside-down values of popular culture and celebrates the awkward joy of being human.

Last week “Weird Al” Yankovic commandeered the interwebs and tickled many a funny bone with the release of the full-length album Mandatory Fun. Although he has no plans to retire, the changing music landscape points toward a future of singles and YouTube posts. The title of the album may even reference an obligation the humorist had with his record company for one last set. Whether that’s true or not, this is no collection of phone-ins. Launching eight videos in eight days, with cameos by a long list of celebrities, Yankovic hit one out of the park. The whole experience has had me grinning like an idiot and thanking God for Weird Al.

Yankovic’s career directly parallels my own relationship with pop culture. I remember hearing his first songs on the Dr. Demento radio show around 1980 when I was just 10-years-old. As I discovered radio and Top 40, Weird Al was there to poke fun all along. His send-ups rarely commented on the songs themselves, but simply used familiar melodies and celebrity accouterments as an excuse to take the wind out of the whole star machine and to create some humanizing fun in the process. Weird Al was the everynerd and he knew there were more of us than there were of the beautiful and “normal” people that TV and radio idolized. He gave geeks a lot of time on MTV when I was a kid.

Yankovic has always been much cleverer - and even more subversive - than most gave him credit for. In addition to his song parodies, every album included excellent, often even funnier original songs. Frequently these pastiches functioned as very subtle tributes to some of his favorite bands. And unlike most satirical sources of the day, including Saturday Night Live and Mad Magazine, Weird Al’s humor was funny without being sleazy or mean.

Weird Al skewers the right things without a shred of anger or arrogance.

Mandatory Fun represents everything Yankovic does so well. In addition to good-hearted send-ups of pop hits by Lorde, Pharrell Williams, Robin Thicke, Iggy Azalea and Imagine Dragons, there are original winks to the styles of Pixies, Southern Culture on the Skids, Foo Fighters and Cat Stevens. "Mission Statement," his intricate re-working of Crosby, Stills and Nash’s “Suite: Judy Blue Eyes,” brilliantly juxtaposes that counter-culture band’s style with lyrics seemingly taken from every lame corporate brochure ever made. Yankovic also creates his latest polka medley, which once again allows the lyrics of certain songs to parody themselves. “Sports Song,” written in the style of a college fight song, is a fun little poke at fandom. Mandatory Fun is a complete Weird Al experience.

Probably the most satisfying aspect of this collection is the cohesive yet understated way in which it mocks the upside-down values of popular culture and celebrates the awkward joy of being human. “Lame Claim to Fame” rightly teases our obsession with celebrity, while “Word Crimes,” my personal favorite, intricately dissects the dumbing down of the English language that is being hastened by texting, blogging and online commenting. It’s witty, silly and good-hearted, but more importantly, it’s true. Weird Al skewers the right things without a shred of anger or arrogance. And when he’s just being stupid, it’s really stupid, and no one gets hurt.

In an archive of the transcripts of his fan chats housed on his website, one fan asked, “What religion are you? Would you call yourself a Christian?” Yankovic’s answer was a simple “Yes.” Strangely, I suspected that from the beginning. I suppose my suspicion was based more on what was absent from Weird Al (ego, drama, scandal, profanity, sleaze), but of course Christians don’t have a corner on the decency market. Still, as I see this king of the nerds impacting the world one more time with a batch of meticulously crafted zingers, I’m proud to call him some kind of brother. Or weird uncle at least.

“JJT” has been chasing the thread dangling between eternal truths and temporal creative experiences for nearly three decades. He is a writer, a businessman, a father, an artist and a seeker. Read more about him at JohnJThompson.com. / Image via WeirdAl.com, with illustration by Jerod Clark. 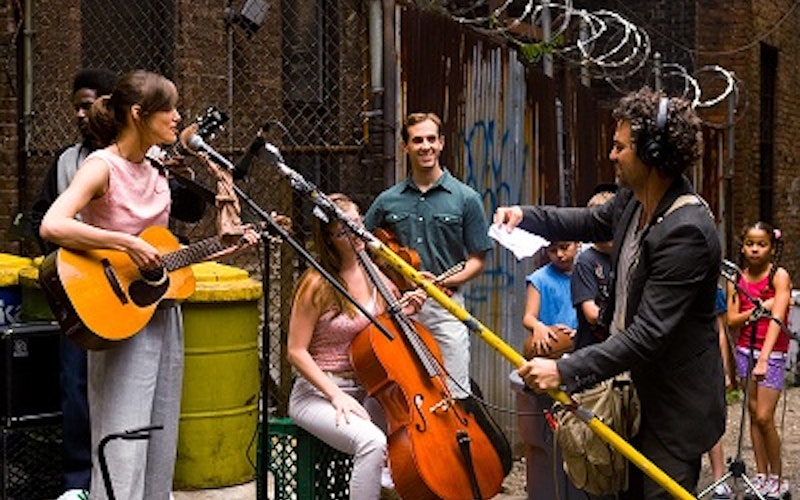 Hearing the music of redemption in Begin Again 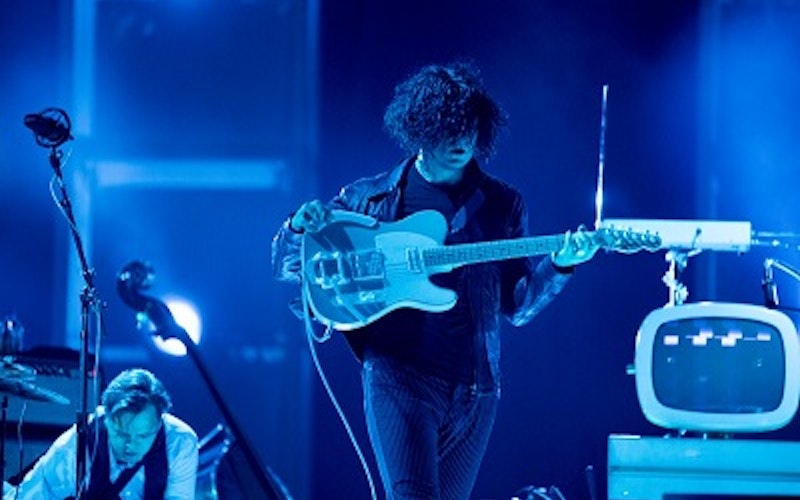