The character’s crisis allows us to consider our own limits - and true source of strength.

Veronica Mars needs to do some work on herself.

The character has been through a lot since we first met her in 2004—the murder of her best friend, a sexual assault, betrayal by numerous people she cares about—and faced it all with grit and determination. By the time we encounter her in the latest version of the cult-favorite series, now streaming on Hulu, the toll of those experiences is starting to show.

It’s an interesting new progression for a character who has led a fascinating and thematically varied onscreen life. The original series about Veronica (Kristen Bell), a hard-boiled high-school sleuth, ran on UPN and the CW between 2004 and 2007. In 2013, showrunner Rob Thomas’ Veronica Mars movie Kickstarter campaign famously broke records on the crowdfunding site, raising over $2 million in just 12 hours. The new, eight-episode Hulu series checks in with Veronica, her family, and the troubled beachfront community of Neptune, Calif., six years after the events of the film.

The show was a high-school noir that covered difficult topics, but sometimes felt limited by network television rules. The movie was mostly fan service, revisiting beloved characters and reuniting the now-adult Veronica with her fan-favorite ex-boyfriend Logan (Jason Dohring). The Hulu series is a different, darker animal, less interested in giving viewers the story they want and more eager to point out the problematic areas of Veronica’s character that have built up over time.

This time around, Veronica is in a long-term relationship with Logan while working as a private investigator alongside her dad, Keith (Enrico Colantoni). Veronica and Keith are trying to solve a series of bombings targeting spring-break tourists around Neptune. The case ends up highlighting Veronica’s long-standing trust issues and causes her to consider the possibility that her carefully maintained skepticism and tough exterior may be masking some deep brokenness. In 2004, Veronica had it all figured out. In 2019, Veronica needs to take time for self-care.

The term “self-care” can be a loaded one that conjures up self-indulgent bubble baths and good vibes, but it has deeper, soul-connected connotations as well. Self-care mentor and coach Gracy Obuchowicz tells NPR that it’s not enough just to take some time for ourselves. True self-care requires self-awareness and humility. That description echoes the call in 1 Peter to humble ourselves before God, as well as to “cast all your anxiety on him because he cares for you.” In order to heal ourselves, we first have to be honest about what really needs healing.

The journey towards that honesty is what defines Veronica this season, as she starts recognizing unhealthy behaviors in herself. For years, Veronica has been a tireless warrior for justice in Neptune. Now, however, it’s becoming apparent that the side effects of that work are starting to harm her relationships with the few people she actually does trust.

One of those people is Logan. While he wants to take their relationship to the next level, Veronica isn’t sure. She’s also surprised at (and a little disappointed in) her once volatile boyfriend’s level-headedness about their relationship. Logan has become a more emotionally healthy person. Veronica, meanwhile, is stuck in the version of herself that thrives on chaos and ignores her deeper issues by throwing herself into her work. She also self-medicates liberally. After the couple have an argument over Skype, Veronica pours herself some wine; the camera lingers as she pours all the way up to the top of the glass.

Another issue is Veronica’s handling of the case itself. In previous seasons of the show, Veronica often took advantage of her relationships to get valuable information. She was occasionally taken to task by her friends for making them feel used, but her buddy Wallace (Percy Daggs III) and tenuous ally Weevil (Francis Capra) always forgave her and ultimately came through. This time however, their patience is wearing thin.

Weevil in particular isn’t as tight with Veronica as he used to be (the lyrics of the show’s theme song—“a long time ago, we used to be friends” —resonate here), mainly because of Veronica’s selfish use of him. When Veronica harshly judges Weevil in regard to his criminal activities, he accurately calls her out for her hypocritical, privileged stance. That Veronica is sitting behind a large desk when he says this, in the office of a business she partially owns, only serves to further drive the point home.

Veronica’s relationship with Matty Ross (Izabela Vidovic), a smart teen with a talent for detective work, provides a possible chance for redemption. Like Veronica, Matty is overcoming a defining personal trauma and has a strong desire to get to the truth, even at the expense of her own safety. She even lives in a cut-rate motel room, like Veronica once did. But there’s hope for Matty. With the right guidance, she could become the well-adjusted person Veronica believes she never got to be.

Veronica fears that she’s lost the humanity that made her a good detective and a good person. This season of the show helps her understand that she can redeem herself, as long as she is honest about her faults and believes she’s worthy of redemption. It takes some serious reckoning for our heroine to admit she needs help, and even more to understand it’s possible for her to be OK.

The character’s journey echoes our own as sinners, and as children of God. To do the work of the kingdom, we have to be self-aware about our own brokenness and realize that God knows us and loves us (and those around us), faults and all. When we know our limits, we can rely on grace to help us get the rest of the way. It’s only then that we can truly work on ourselves—lest we run the risk, as Veronica does, of losing the compassion required to help others. 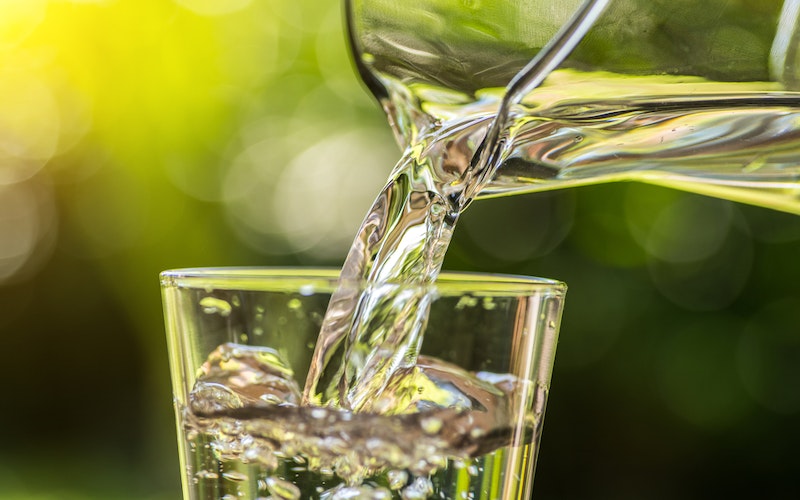 Self-care as a Spiritual Discipline