In a galaxy far away exists a world where black people live on the other side of the moon, travel from planet to planet via spaceship and transcend the boundaries of art and culture. That may sound silly to some, but for others this fantastic vision of a distant world offers a hopeful counterpoint to reality here on Earth. What I am describing is Afrofuturism, a movement aimed to reconfigure minds in the way we think about black people, especially in relation to science fiction, art and the future.

A recent Vox video briefly summarized the history and intent of the movement. Although Afrofuturism gives the appearance of pure fiction, it is a serious enterprise aimed to push the bounds of social norms and create a future for black people on their terms. Afrofuturism provides ammunition for the fight for social and racial equality. In this way, it reveals a connection to the longings and aims of a Christian pursuit of social justice.

The term Afrofuturism lifted off around 1994, when cultural critic Mark Dery’s essay “Black to the Future” raised awareness about the lack of black writers in the sci-fi world. The movement was alive and well before this, however. Musicians like Sun Ra, who is seen as an Afrofuturism pioneer, and George Clinton helped launch the movement into the minds of the public. Their music used elements of the past and future to help envision black people’s role in society going forward. Clinton imagined the P-Funk Mothership, by which he would travel around space, free of the black holes of racial oppression, segregation and discrimination. This is an example of how Afrofuturism uses the earthly imagination to shape the future. Its idea of a radical future is one where people both physically and mentally remove themselves from Earth to create a completely new and equal society on their own.

For Christians, Afrofuturism shouldn’t be that surprising. The movement reflects the longings of image bearers of God who are seeking a place of equality, tranquility and belonging. Afrofuturism gets this universal yearning right. It also echoes the Christian understanding that justice cannot be found on Earth until Christ’s return. Yet Christians do not seek escape via a spaceship or life on another planet. The home Christians seek is that of the new heaven and new earth. This future has no racial inequality, hardship or pain. Instead of it being imagined, this future is promised and guaranteed to those who believe in Christ Jesus. In Bloodlines, John Piper writes, “The bloodline of Jesus Christ is deeper than the bloodlines of race.” Black Christians can move forward with confidence because we know we deserve dignity and equality through our adoption into the family of the creator of the universe. God will provide the space and the place for black authors and black art.

This doesn’t mean Christians should stop fighting and simply wait in confidence. Instead, it is simply an encouragement to put Jesus at the forefront, instead of humans. Afrofuturism helps remind the world of how we need to be captivated by the beams of grace, which are showered on us by the Father, so that other groups outside the dominant culture can enjoy equality. As the narrator of the Vox video says, “(Afrofuturism) looks like hope.”

As Christians, we can focus on shaping the future by our actions and contributions to society now. If we know there will be a great multitude from every nation standing equally restored before the throne of heaven, then we should allow that to guide our fight for justice and equality in society today. We will not have to wait for the loud BOOM of a spaceship lifting off for equality. Instead, our ground-shaking efforts as Christians will point to our vision for the future, when justice will be done for all who are made in the image of God.

Tevin Brown is a recent graduate of the University of Mississippi, where he studied African American Studies. He currently lives in Jackson, Miss., and works in Online Student Services at Belhaven University. Follow him on Twitter @tjbrown91. 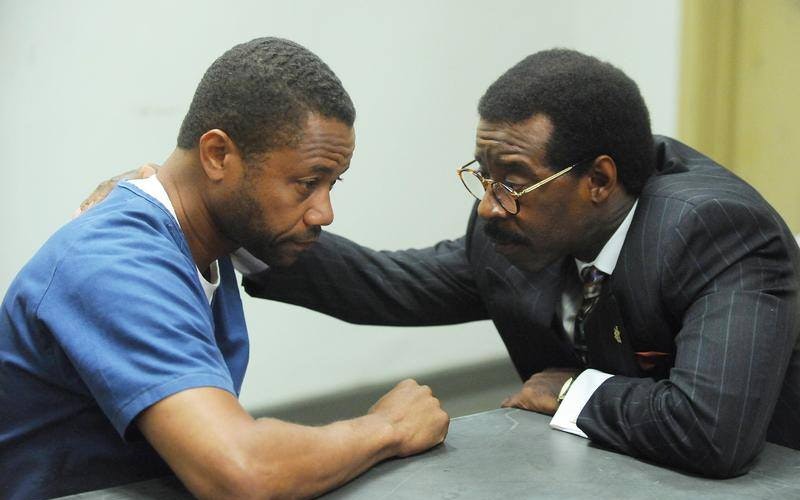